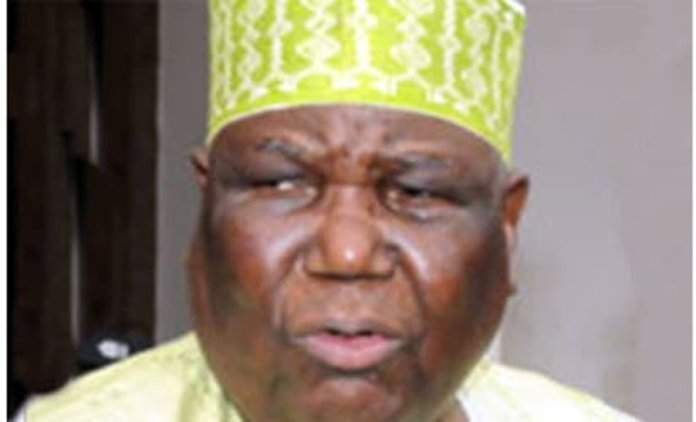 Chuks Okocha in Abuja and Daji Sani in Yola

Former Vice President Atiku Abubakar and Governor Ahmadu Umaru Fintiri of Adamawa State are mourning the loss of former Inspector General of Police Gambo Jimeta who passed on Thursday in Abuja after battling an illness.

They expressed deep sadness on the passing of the former IGP in separate condolence messages,.

Former Vice President of Nigeria, Atiku Abubakar expressed deep shock at the death of the ex-police boss, whom he said was his bosom friend, stating that he was a super cop, patriotic Nigerian and a steward leader.

In the condolence statement issued by his Media Office yesterday, Atiku was nostalgic about the invaluable time he shared with the late former Presidential Adviser on Security Matters and topnotch police detective.

“He was a friend of many decades; a value addition to society and unbiased commentator on local and global issues, who gave his all in service to his fatherland,” Atiku remarked.

The Wazirin Adamawa commiserated with the Gambo Jimeta family, the Adamawa Emirate, the people of Adamawa State and Nigeria as a whole.

While urging his bereaved family and friends to be strong and resilient to live the dreams of this eminent patriarch and true nationalist, the former Vice President prays for the forgiveness of his sins and admittance of his soul by Allah.

Also in a condolence message yesterday, signed by his press secretary Mr Humwashi Wonosikou, Governor Fintiri said, “I am deeply saddened to learn of the passing of this great Cop whose carrier saw him rise to prominence becoming Inspector General of Police,” describing him as one of the finest officer of law.

Gov. Fintiri noted that Adamawa would remain proud of its illustrious son who made impact in the Nigeria Police.

The Governor pointed out that the “Late Gambo Jimeta served with honour and dignity and was an integral part of many crucial investigations in Nigeria’s history.”

Fintiri said he would be remembered as one who truly cared about people and those under him and worked tirelessly to keep Nigeria safe.

“Gambo was a great man, who contributed so much to Adamawa State and the law enforcement community in Nigeria “My thoughts and prayers are with the family. I join family, friends and associates in commemorating his life and his service to Nigeria.”

While extending his deepest condolences to Jimeta community, Adamawa State, the Nigeria Police and the entire family, Fintiri said his demise was a great loss not only to the state, but also to Nigeria, especially at a time the nation is faced with security challenges.

The nation, he said would miss his wealth of experience to help surmount the problem. “Gambo Jimeta will be greatly missed,” he said.

“Gambo exemplified the best of law enforcement in our country. He was a trusted officer who showed his commitment to Nigeria especially the role he played in many significant investigations.

“He was a role model, and mentor to many across our state and he will be remembered very fondly. I join the family and friends in honouring his life and commemorating his enduring legacy. May he rest in peace,” Fintiri said.