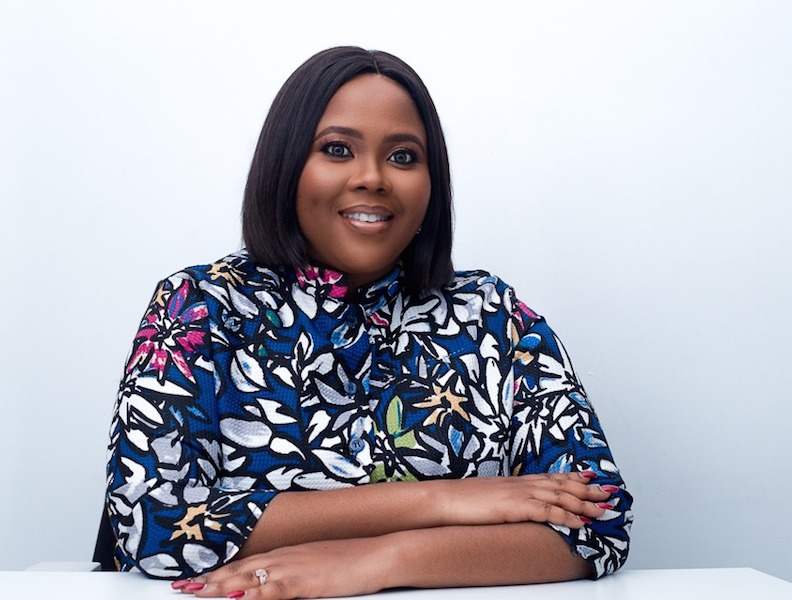 Abosede George-Ogan is an experienced tri-sector leader with a demonstrated history of working in the non-profit, private and public sectors. Skilled in development communications, corporate social responsibility and sustainability complemented by strong analytical skills, team building and interpersonal skills, she possesses over a decade of development experience following a degree in Political Science/Public Administration. A Co-founder of ElectHer, a non-governmental organisation poised to empower women to run for elective positions in the country. In this interview with MARY NNAH, she revealed her intention to participate in politics and ambition to hold a key elective position in the helm of affairs

Tell us a bit about you

My name is Abosede George-Ogan. I was in Kano but spent the first seven years of my life in Kaduna. I am the co-founder of ElectHer, a non-governmental organisation that is geared towards a new agenda to effect a change at the political cadre of our dear nation Nigeria. The present situation has seen women under-represented in government and it is time to make a change. There would be a paradigm shift come 2023, as women build a network that can effect that change. Women would be well represented in government. It is a wakeup call.

Would you say your childhood prepared you in any way for this call?

Yes it did a whole lot. My parents were public servants. My father was in the military, an air force personnel and my mother was a teacher. They both served Nigeria for 35years. Growing up I watched my father wear the same uniform every day for 35 years. It caught my fancy. So, service is in my DNA. I understand then that there is only so much you can earn as a teacher and being in the military as well. I saw my father wear the same uniform every day, so I became content and didn’t mind a few clothes. It made me a little conservative, it inspired contentment in me.

So, what lessons has life taught you?

A few things, firstly that people matter. And I have dedicated my life to service for humanity. I serve people so they can have a better livelihood. I have seen a lot of values in life and I uphold it to make me a better person and impact life generally.

What inspired your decision to set up the platform “ElectHer”?

It is very simple; In 2017 I wanted to run for an elective position. It has been my lifelong ambition to go into politics but the system we have does not encourage one. A number of questions arose in my mind and it was like where do I go and how do I start. I wanted to ensure that the next female’s dream and ambition in pursuing a political goal do not die, so that was how the platform was created.

ElectHer is an initiative to burn out the political need in our society and the political space. Although we are nonpartisan but we understand the role of women in nation building and the way women are marginalised in government.

It is very important to understand our journey so far and our intention is to have a change in 2023. The Endsars originator may be a man but we saw how women drove the campaign.

A lot has happened this year with the EndSARS campaign. Nobody is questioning the competency of women anymore because the EndSARS protest was an expose to women’s capacity of playing an active role in nation building.

It is a game of numbers, and we want an equal representation of the female folks. The policy here must favour women. Women need political advancement; they no longer want the position of women leader, where they are in charge of food and aso ebi. Government must formulate policies to represent women in a good light.

There are gaps in the spaces but our focus is dealing with the barriers women face. The child right act has not been domesticated in 11 northern states because the women decimal is low. Even if their governors have the political will he won’t be able to make a change due to the obstacles.

How has the journey been so far?

It’s been quite challenging, bringing political issues to young women, when it is not fashion, make-up and other things that are in vogue which normally draw the attention of women or their interest.

Despite the challenge I summoned the courage along with the co-founder of ElectHer, Ibijoke Faborode to set the ball rolling. We swung into action and within seven months of establishing the organisation we had secured a grant of $100,000 and 10,000 followers on all our social media platforms.

Over 51 per cent of women are involved in voting during election, despite this women are under-represented in government. What’s your take on this?

We were able to identify the problem that women are relegated to the background in society due to some socio-cultural and political bias that has denied women equal rights to hold key political positions as well as some laws culturally that forbid women from involving in some activity.

But with the emergence of ElectHer, we are going to collaborate with other interest groups to make a difference. We would encourage any woman who decides to run, equipped them with the right skill and enabled them to win. This is not a movement against men but a movement to give women a chance in the political climate in order to contribute their potential in nation building.

How do you intend to achieve this, considering the age-long political tradition where the women are just given the slot of women leader?

There is going to be a massive advocacy and education in impacting the society, government and other relevant bodies would be our support. We are not doing it without the men’s support.

Women face so much violence during electioneering and they are under reported in the media. 11 Northern states have not domesticated the child right act bills proposed by women. Anyone who shows interest would be given the platform, using our three major components of structured strategy to meet up what it takes.

How do you intend to build a political network of women who can occupy key positions at state and federal level?

To be honest, there is a huge gap. We need access to education and finance. We have launched a platform where women can decide to run. No party godfathers in this case. Once you as a woman is interested raise your hand. We are going to be having training and constitutional rights by January, 2021. We would also make use of online management making use of software and the ElectHer lawmakers to incubate women between the ages of 25-45. We would be targeting the four legislative components in our constitution. They have to come up with projects in their constituency where they must have conversations with the grassroots.

Do you intend to create a political party, considering the major parties in terms and conditions that may not favour women to participate in certain slot?

Finance – once women have access to finance they can afford the high cost of running for electoral position. Nigeria has the highest expense for campaign and political positions. It scares those with interest so this is some of the challenges we are going to work on and effect a change. We would join existing parties, the major goal is getting a good number of women representation in the helm of affairs