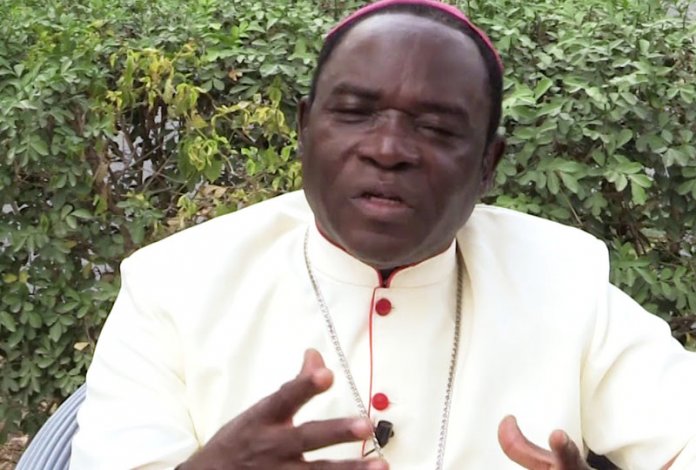 I read an opinion piece entitled, “Fair play or foul?” published in the January 19, 2021 edition of THISDAY by a fellow who was upbraiding Bishop Matthew Hassan Kukah for his forthrightness. The person started, “One of the emerging dilemmas in Nigeria’s democracy is the serious threat it regularly confronts from utterances of people lacking experience and wisdom in politics or governance who exploit the unscrupulous exuberance of the media to ambush public attention.” But all through this person’s write-up he kept referring to Bishop Matthew Hassan Kukah, as “Rev. Father Matthew Hassan Kukah”! At first, I wanted to give the writer the benefit of the doubt, perhaps he was ignorant of Kukah’s position in the Catholic Church. But methinks otherwise, because the writer went further to say, “Kukah was ordained a Catholic Priest on December 19, 1976 and attended the University of Ibadan for a diploma in Religious Studies, Pontifical Urban University, Rome in 1976 for a Bachelor of Divinity; University of Bradford, United Kingdom, in 1980 for a Master’s degree in Peace Studies and University of London’s School of Oriental and African Studies (SOAS) in 1990 for a PhD. During his doctoral studies he produced his first book, Religion and Politics in Northern Nigeria and was a consultant to the Vatican for five years,” and stopped there! Why stop there about Kukah?

Perhaps it was out of mischief or malice, or both, that the writer failed to complete Kukah’s profile. Even the Good Book said, “give honour to whom honour is due”. Do you refer to a lawyer who has been elevated to the bench as barrister? Is he not called a judge? It’s like writing about President Muhammadu Buhari and stopping at when he was a colonel. But in the same article the writer didn’t refer to President Goodluck Jonathan as a former governor or a former vice president. Likewise he didn’t refer to President Olusegun Obasanjo as a former General or a former Head of State. He referred to them by their highest status. Why not so for Bishop Kukah?

Well, it’s not too surprising. The truth is never said to be sweet, it’s said to be bitter. Those who don’t like the truth will remain uncomfortable when truth is laid bare. But heaven and the world already know Kukah as a bishop of the Roman Catholic church, and the works from Hades cannot prevail against it.

One of my regrets still remains that I had left Sokoto when Kukah was installed as bishop. I would have been drinking directly from his fountain of knowledge. Kukah is no small timer. He is brilliant and sophisticated and a pride to any organization he belongs. It is not surprising that his personality looms larger than life.

The journey to becoming a priest is long and tortuous. As Jesus himself said, “Many are called, but few are chosen.” If God then wills it that the person is elevated to a bishop it’s to God’s glory. And indeed that is the case for Bishop Kukah to whom the writer kept referring to as “Rev Father Kukah.” As a bishop, Kukah ordains priests, who are called Reverend Fathers. These priests work under him. A little Wikipedia research would have made the writer know this. No, he “chose” not to “know”!

The writer did not stop there. He still went on about Kukah’s profile which he failed to complete, saying, “Impressive as these theological and priesthood credentials are, it is remarkably ironic that Rev. Father Kukah did not proceed to gain fame and national recognition from the divine calling but rather focused on the politically contentious subject of his academic research, Religion and Politics in Northern Nigeria, and the “liberation” fervors simmering among his southern Kaduna people.”

It’s a pity that people are ignorant of the calling of men of God. Again, the Good Book is replete with passages where men of God spoke to kings and those who led people. Even Jesus was critical of the leaders of the Jews. In fact he was killed for political reasons. The accusation against him was treason. So, dear bishop be of good cheer, your master suffered a worse fate.

According to Aristotle, man by nature is a political animal. It’s naive to think that politics is exclusive to certain people. And because of this impression, the wrong people are left to rule. Has the writer never heard of Rev. Father Moses Adasu, a Catholic priest who was a former governor of Benue State? If only politicians knew that just as men of God are to lead God’s creation called man through his spiritual life, he has also placed politicians to lead man through his temporal life. And either the clergy, or the politician can call the other to order, if they are failing in their duties. And God will call both of them to render account of their stewardship, in due time.

Know this too, that the first people who led the children of God were men of God, before kings came into the picture. Therefore, the first “politicians” were the clerics.

Now, quoting Wikipedia that this “person” refused to at least consult to know more about Bishop Kukah, “In the list of the Seventy Apostles, attributed to Dorotheus of Tyre, Philemon is described as bishop of Gaza.” Isn’t it poetic justice that an irreverent writer has despised a title borne by a Bible figure whom he took his name from!

Matthew Hassan Kukah, you are our beloved bishop, in whom we are well pleased.