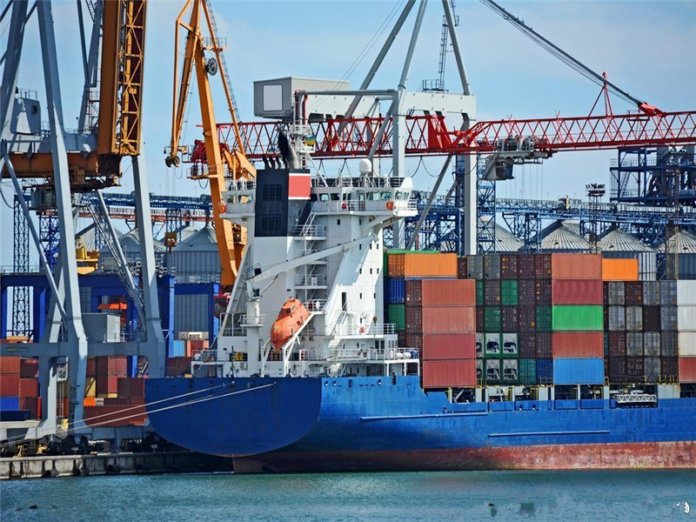 A Senate Joint Committee has been investigating alleged preferential treatment of foreign vessels and breach of the Cabotage Act 2003 and Local Content Act 2010. Ben Olasupo, who has been following the probe, says testimonies by DG of NIMASA and evidences so far point to needless ado about nothing.

Although the concept of maritime cabotage has several meanings from jurisdiction to jurisdiction, such as short sea shipping, coastwise trade, coasting trade, it boils down to protecting domestic shipping industry from foreign competitions.

Nigeria’s cabotage regime is embodied in the Coastal and Inland Shipping (Cabotage) Act 2003, which became operational in April 2004. The purpose is to reserve commercial transportation within Nigerian coastal and inland waters to vessels flying the Nigerian flag, owned and crewed by Nigerian citizens, and built-in Nigeria.

For a highly import-dependent nation like Nigeria with poorly capitalised funded and low capacity maritime sector, this legislation is key to protecting the local players from their more experienced and capitalised foreign competitors, stimulating growth in coastal shipping business and local shipping capacity.

The Cabotage Act equally established a matching Cabotage Financing Fund (CVFF) mainly derived from the two per cent deductions from all contract value on ships operating within the nation’s coastal and inland waters to help indigenous ship owners acquire ships that would enhance their ability to partake in the coastal and inland region. The Nigeria Maritime Administration and Safety Agency (NIMASA) manages the fund.

Sections 9 to 14 of the Cabotage Act provide for as well as regulate the issue of waivers. Section 9 specifically states: “The Minister may, on the receipt of an application, grant a waiver to a duly registered vessel on the requirement for a vessel under this Act to be wholly owned by Nigerian citizens where he is satisfied that there is no wholly Nigerian owned vessel that is suitable and available to provide the services or perform the activity described in the application.”

But additionally, Section 14 (1) of the Act mandates the Minister of Transportation to, upon the coming into force of the law, immediately “publish the criteria and guidelines for the issuance of waivers under this Act”.
The guidelines, in the nature of a subsidiary legislation, was issued in 2007, granting NIMASA the power to receive and process waiver applications and forward same to the Minister of Transport (with recommendations) for approval or denial.

These responsibilities have, therefore, put NIMASA and the Ministry of Transportation in the eye of the waiver storm.
Allegations are rife over the years among disaffected stakeholders, mainly the Ship Owners Association of Nigeria (SOAN) that the waiver provisions have been abused to give foreign shipping companies the upper hand.

They alleged that some compromised officials collect money to facilitate the waivers at the expense of local vessels without first inquiring if any indigenous company could render the service sought, thus resulting in loss of billions of naira, yearly, to capital flight to foreign vessels and seafarers.

They have equally protested the non-disbursement of the Cabotage Financing Fund (CVFF) to support local maritime industry. The fund is said to be in the range of $100b.

It was against this backdrop that the Senate mandated its Committees on Local Content, Petroleum Downstream, and Legislative Compliance in December 2019 to investigate the reasons for the dominance of foreign-owned and registered vessels in the transportation of petroleum products within the nation’s coastal and inland waterways.
The Senate had in the motion observed that the influx of foreign vessels into Nigeria downstream sector was alarming against the provisions of the Cabotage Act of 2003 and the Local Content Act 2010.

Expectedly, one thing that has dominated the investigative hearing so far is the abuse of waiver, an allegation emphatically refuted by the Minister of Transportation, Rotimi Amaechi, and the Director General (DG) of NIMASA, Dr. Bashir Jamoh, during their appearances before the Senate in October and December 2020, respectively.

“As the Minister mentioned, if we process, we send it to the Ministry of Transportation for the Minister’s consideration and approval. And to the best of my knowledge, for over 15 years, no minister granted waiver, I said it here.

“So, if the shipping companies or ship owners take waiver processing fee payment as waiver, we shouldn’t call it waiver. NIMASA doesn’t give waiver and I want anybody to come and present waiver given by NIMASA or Ministry of Transportation. But we don’t grant waiver.

“The Act, in Sections 9 to 12, gives the Minister of Transportation powers to approve waivers. But they don’t because they don’t want to encourage foreign vessels participation. So, this is the situation. There are two distinct laws regarding the processing and granting of waiver”, he passionately and emphatically stated.

Although the Committee is yet to submit its Report, one thing is clear: no one is yet to provide proffer any concrete evidence to show that waivers have indeed been issued in the past 15 years as alleged.

Beyond waiver, the real challenges

Unfortunately, while energy is dissipated over waivers, the challenges of lack of capacity and absence of Coast Guards, is palpably weighing the maritime industry down.

“Let me give you a case scenario. The Group Managing Director, NNPC, just mentioned that it is one thing to own a vessel and it is another thing for the vessel to be fit for the business. In the entire Africa, only Nigeria allows the trading of single hole vessel. The President is aware of this, and when I came in, I issued a Marine Notice that by 31st of December, 2020 we will no longer certificate single hole vessels because if you want to trade, nobody would accept that particular vessel. That is number one, chairman.

“I also want to agree with the GMD, NNPC that we need to do split expansion. Ship owners shouldn’t wait and be talking only about ship. We have not less 2,400 vessels coming to the Gulf of Guinea in a year. 70 per cent of these vessels are coming to the Nigerian shore. Where do they do bunkering? Certainly not in Nigeria; the bunkering is being taken out by foreign companies or our neighbouring countries. Secondly where do they repair their vessels? The ship maintenance industry is down. So, the ship owners have to look at that. In that context, they should look at the capital they have and what business they can do in the sector,” Jamoh said.

He continued: “The other critical issue, which is the issue of maritime security, lies with the Senate and National Assembly. We came here some time ago and said that we wanted the Senate to consider and enact a law so that we could have Coast Guards.
“This particular Bill went through Second Reading and it was dropped. So, how do we now effectively control the indigenous companies and that of foreign companies without Coast Guards? We want to have Coast Guards that can be up and doing”.

But Jamoh had only reiterated a point earlier made by the Minister of Transportation in October, for although the Nigerian maritime industry could fetch 30 times more than annual oil revenues, an estimated $1.6tr if fully developed, according to the World Bank, it has been largely retarded by insecurity.

Amechi had told the panel: “The basic thing in Nigerian waterways is not even those foreigners. It is the level of insecurity and the fact that the National Assembly has refused to pass the law approving the setting up of Coast Guard, which would have been the saving grace of all these. It is the Coast Guards that would have found who is operating and who is not”.

The Chairman of the Committee on Local Content, Senator Teslim Folarin, however, summed the way forward when he said: “The whole essence of this investigative hearing is not to trade blames. We understand that they don’t have enough vessels; they don’t have capacity, and capacity cannot come from heaven. It is very important that we patronise indigenous shipping companies.”

NIMASA DG, who assured that NIMASA was doing a lot to strengthen the maritime industry and give succour to indigenous players, gave stakeholders something to cheer by way of the CVFF.

“Why is this fund being delayed? We granted ship acquisition and ship building fund. Today in my book, we still have more than eight companies that refused to pay this loan since as far back as 1990s. So, care must be taken in the way and manner in which you disburse public funds. When you want to disburse public funds, people will feel that it is a national cake and they are not ready to pay. These are the reasons for the delay. But I am happy to announce that the President granted approval in the last two months. So, as soon as we finish the process, we will release the fund”.

Now that it has become seemingly clear that neither NIMASA nor the Ministry of Transportation has granted any cabotage waivers, all eyes are on the stakeholders, including the National Assembly, to muster energy towards addressing the real challenges facing the maritime sector with a view to unlocking the sector’s potentials to the benefit of the nation.