Massive Crowd March for Peter Obi in Abuja 6 hours ago

Obi to Youths: Obtain Your PVCs to Vote Competent Candidates 7 hours ago 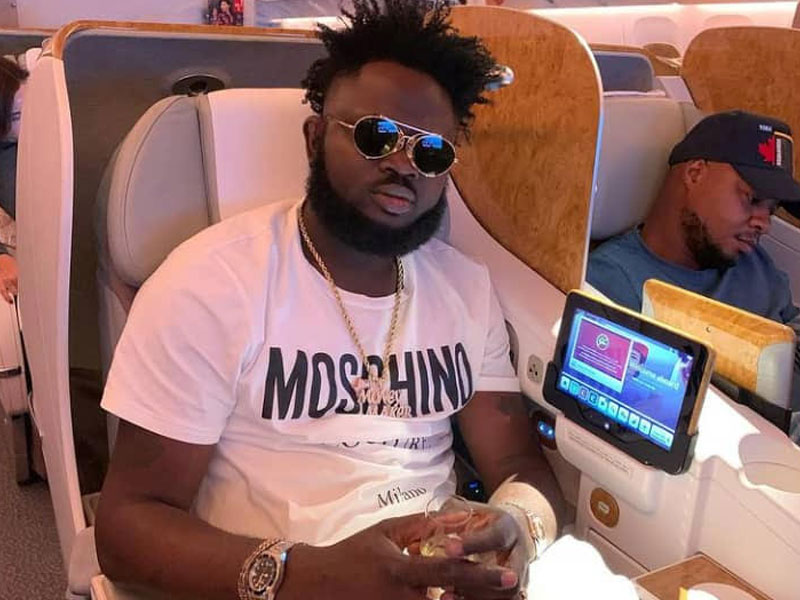 For budding artiste, MoneymakerDMW, this year 2021, has a lot in stock for him in his rising music career, despite all the struggles of the past years. MoneymakerDMW, whose real name is Bakare Owolabi Ibrahim is confident his stock will continue to rise in the coming months and hoped that he could be counted among Nigeria’s billionaire entertainers in five years time.

He gave this positive view when faced with the question: Where do you see yourself and your brand in the next five years?

“A multi-billionaire,” he responded.
MoneymakerDMW, an alumnus of Federal College of Education, Akoka, Lagos, also went down memory lane to recount his tribulation during the trying period of his life.

‘I faced a lot of challenges in my early years due to the fact that I left home and my family at an early age. I passed through an especially difficult period when I was a student at the Federal College of Education. Paying my school fees was such a big problem because there was no one to support me financially. As a result, I had to work from street to street in order to earn money to pay my tuition fees,’ he narrated.

He swiftly added: ‘Despite the hardship, it never occurred to me to abandon my education because I believe being an educated person is important to my future as it will enable me to connect with the right people.’
MoneymakerDMW, a crony of Afropop singer Davido, and a member of the DMW (David Music Worldwide) gang, speaking on what inspired him to go into showbiz attributed it to his love and passion for entertainment generally.

If it were possible to turn back the hands of time, however, he believes his life would most likely take a different path. “I love the real estate business, I could have become an entrepreneur in that sector,” he expressed.

The 34-year-old, born on March 10, 1986, as the last child of his family’s three children, is upbeat about the future. “Although I am not yet rich, however, I have surmounted a lot of challenges; whatever little stumbling blocks that remain will gradually be vanquished and life goes on,” said MoneymakerDMW.