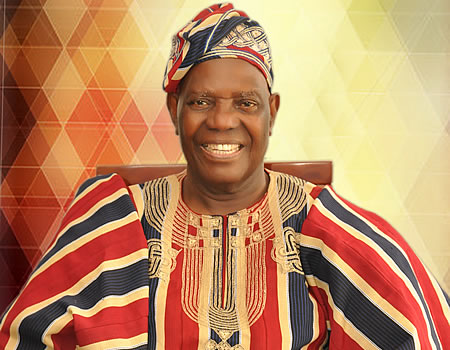 The All Progressives Congress (APC) has congratulated the former Interim National Chairman of the party and former Governor of Osun State, Chief Adebisi Akande on his 82nd birthday.

The ruling party said his progressive leadership laid the foundation for the party’s electoral victories in the 2015 general election.

The Secretary of the Caretaker/Extraordinary Convention Planning Committee of the party, Senator John Akpanudoedehe, stated this in a statement issued yesterday.

He said Akande’s pivotal and progressive leadership laid the foundation for the electoral victories in the 2015 general election, most significantly the historic election of President Muhammadu Buhari, which unseated an incumbent president for the first time in an election in Nigeria.

Akpanudoedehe said Akande “has remained a father figure in the polity and a unifier in times when the APC needed a voice of reason to settle differences within the party.

“The APC is proud to note that Akande’s many achievements are as a result of his sincerity of purpose and personal sacrifices he has exhibited in positions of authority he has occupied at state, national and party levels,” he added.