Massive Crowd March for Peter Obi in Abuja 7 hours ago

Obi to Youths: Obtain Your PVCs to Vote Competent Candidates 8 hours ago 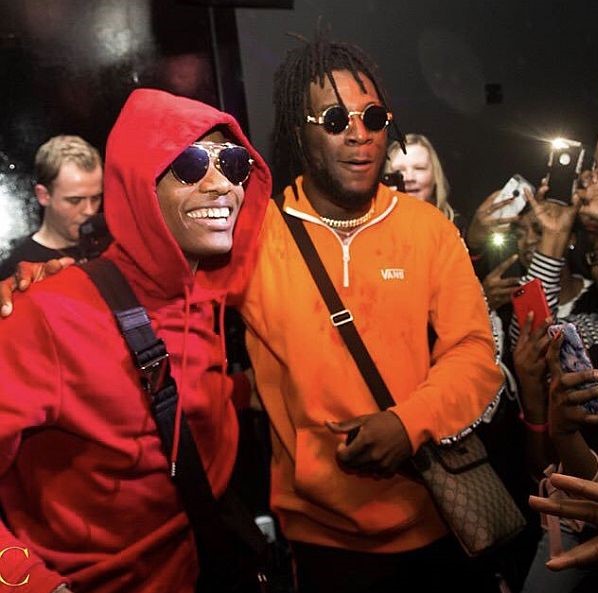 Superstar Nigerian singer/songwriter Wizkid has dropped the video for “Ginger” featuring Burna Boy. One of the standout tracks off his latest project called Made in Lagos. Ginger was released via Starboy/Sony Music International/RCA Records.

Last November, Wizkid released his Made in Lagos project, and the Burna Boy assisted “Ginger” instantly became a fan favorite. Shot in London, the video was directed by Meji Alabi. It is Wizkid’s third video from the album after the visuals for ‘No Stress.’ Finally, one of the most anticipated music video is out.

The video finds the two artistes in a sparse warehouse, surrounded by minimal set dressing. From a streaming perspective, this ‘Ginger’ video is believed to be perfectly-timed, because it should recalibrate ‘Made in Lagos’ for another type of run.

Reactions have begun to pour in already. One of the fans reacted: “Wizkid and Burna showing them out. Its done without making too much noise. Ginger video alone is doing the talking. Ice on the neck, Ice on the wrist, ice with the game, good music in the discography. I love to see it.”

The official video for ‘Ginger’ was released on the 8th of January 2021. On same date, the audio file of the song on YouTube had over six million streams.

Ginger is the first collaboration by the two known friends, Wizkid and Burna Boy, in years.

Wizkid’s fourth studio album, Made in Lagos contains 14 tracks and features Burna Boy, Skepta, Damian Marley, H.E.R., Ella Mai, Tems, and more. The week of its release, fans got to check out a new visual from the project for the P2J-produced “No Stress.” The crisp visuals brought in some classic Zanku moves by Wizkid and symbolized Lagos.