Before May 2017 when I was appointed the pioneer Vice Chancellor, First Technical University, Ibadan, I only knew Professor Ibidapo-Obe by his reputation, earned through his unassailable credentials. Shortly after my appointment, the then Governor and Visitor to the University, Senator Abiola Ajimobi (of blessed memory), invited me for a meeting in his office to discuss my plans for the university. At the meeting were a few government officials, including the then Secretary to the State Government, Alhaji Olalekan Alli. The governor then told me he was planning to appoint a substantive Pro-Chancellor for the university and he wanted my suggestion(s).

Prior to my appointment, Professor Dapo Afolabi – a former Permanent Secretary, Federal Ministry of Education and former Head of Service of the Federation – was the Acting Pro-Chancellor and Chairman of the Implementation Committee. I told him that appointment of Pro-Chancellor is the prerogative of the Visitor. He responded that he was asking for suggestions because he wanted the Council to be composed of professionals, technocrats and boardroom gurus, who are not politicians. I made a few suggestions for chairmanship and so did others present at the meeting. None of these was acceptable to the then Visitor. At a point, he said he was thinking of someone who (to use his exact phrase) is “more intelligent than the library”! However, he said he was skeptical whether the person would accept because he already had an extremely busy schedule. We asked for the name, and he mentioned Professor Oye Ibidapo-Obe.

Everybody at the meeting agreed that Professor Ibidapo-Obe should be contacted. The Visitor, there and then, called him on phone and put it on speaker mode. After exchange of pleasantries, the Visitor told him he had just appointed a Vice Chancellor for Tech-U. Professor Ibidapo-Obe eagerly asked, “Who?” And as soon the Visitor mentioned my name, he said, “Yes, you made the right choice. That guy is the best for the job. I can assure you that with him in the saddle, that university will fly. The surest way to kill a new university is to make the wrong choice in appointing the pioneer Vice Chancellor. Prof. Salami will be my pick for the Vice Chancellorship any day.”

The Visitor then interjected, “Prof. Salami is here and he is hearing you!” He paused for a split second and asked, “Biola, you mean you are in a meeting?” He said yes and asked whether he was in the country to which he responded in the affirmative. The governor simply informed him that I would call him to book an appointment. I expected the Visitor to inform him about the offer but he didn’t. I requested him to do so. He just looked at me and said: “I persuaded you to accept the offer of Vice Chancellorship, you should also go to persuade him to be your Pro-Chancellor. He has just spoken glowingly about you. If he accepts, call me from his office, I will then talk to him.”

The first thing that struck me as I left the meeting is that this man must be an encourager and a very objective person. He had never met me in person and he highly recommended me. What if he had run a negative or just a passive commentary about me? Well, I made the trip to Lagos; we met for the first time, and I did as I was instructed. The rest, as is often said, is history. Once appointed as Pro-Chancellor, we plotted the way forward for the First Technical University, Ibadan. From that moment till he died, we had a shared dream and passion: Tech-U. It was a great joy, not only for me, but also for the entire Tech-U family, when our current Visitor, Engr. Seyi Makinde, FNSE graciously retained the Council under his chairmanship, as this ensured the steady growth pace of the university on the ladder of progress and relevance. We worked as if we had been together for ages and enjoyed father-son relationship for the rest of his eventful life.

He was very humble and down to earth, despite his humongous achievements and intimidating accomplishments. The major cause for disagreement between Council and management in most universities is usually power play between these two critical organs of the university system. This is with respect to protection of, or encroachment on, territories on either side. But Prof. Ibidapo-Obe was a thoroughbred university administrator who held university traditions sacrosanct. He allowed every matter to be subjected to proper and robust intellectual debate on the floor of Council. He would always give me a tip whenever a critical issue was to be discussed so as to harness my view. And once a position was taken by Council, he would project and defend it to every height irrespective of his own initial position on the matter.

There was a particular case that he felt strongly about and he did consult some other friends outside Tech-U, those he considered could offer respectable opinions on the matter. However, I had a different perspective based on the facts available to me. After a lengthy discussion with him and his insistence, I initially thought I should not pursue my viewpoint further so as to avoid unnecessary disputation. But I later considered it expedient to venerate my viewpoint in the Council and be recorded in the minutes. He said he was happy with that since we were viewing it from different perspectives. At the Council, other members brought up some compelling viewpoints and provided some pieces of information in line with my perspective. He called me after the meeting to thank me for my courage, and told me that was the essence of a university system. I was awed by his humility and simplicity. He allowed the management the freedom to operate within the ambit of the law without undue interference. He towered larger than life in the Council and provided the father figure for the management. Of course, it is a gross understatement to say you could count on him for erudition.

He worked for the Tech-U vision till he breathed his last. I dare say that his last official outing before he took the final bow was at Tech-U. Our last Council for 2020 was supposed to be in the first week of December. Due to some logistic reasons, the meeting was shifted to December 15-16, 2020. I was unexpectedly invited to Abuja on an official engagement on December 13. I called him to enquire whether we should postpone the meeting till probably the first or second week in January, 2021. Trust him as an experienced administrator. He counselled that the December meeting was a statutory one and should, therefore, hold. Moreover, the meeting was to consider the budget and projections for 2021. We agreed to shift the Finance and General Purpose Committee (F&GPC) meeting that was slated for 11am as scheduled to 3.00pm on Tuesday, December 15. I came by first flight from Abuja to Lagos in the morning of the day and was in office waiting for him before the 3.00pm meeting. He arrived early with his nose mask properly fitted and came straight to my office as his usual practice. I briefed him about my Abuja trip. He opted for tea instead of his usual coffee and we left my office for the Council Chambers. The meeting held and he retired to his hotel room to prepare for the full council meeting the following day.

Early in the morning of December 16, I called on phone to check on him as was my practice whenever he was in Ibadan. He told me that the night was not too comfortable and requested to see doctor at our clinic. The doctor attended to him and the meeting held with all Covid-19 protocols duly observed. He exhibited no sign of sickness throughout the meeting. Somehow, he ran the meeting like a valedictory sitting, even though his tenure (and other council members) was not supposed to end before March next year. As soon as the meeting ended, he insisted he wanted to openly appreciate the significant achievements of the university within a short time. And Oga was a good storyteller. He regaled us with stories of his times and seasons as Vice Chancellor, and why we should appreciate what is happening at Tech-U. He moved that Council should commend the management of the university under my leadership and insisted that the commendation should be recorded in the minutes of Council. He also informed the Council that we should appreciate our Visitor for increased support for Tech-U in the 2021 budget cycle.

He concluded by requesting that management should book an appointment with the Visitor for the Council to express our gratitude. After his lengthy session of commendation for the management and the Visitor, a member of Council, Prof. Charles Akanbi, then responded that the entire council should rise to give the chairman a standing ovation. Prof. Akanbi opined that the litany of achievements of the management reeled out by chairman was made possible by his able leadership. We all stood up, including Mr. Moyo Ajekigbe (former MD of First Bank Plc), who joined the meeting via zoom. And the ovation was loudest since the inception of the council. I never realised we were paying our last respect to him as a council that drank from his well of wisdom. He took a bow. Alas, I never knew it was his last! 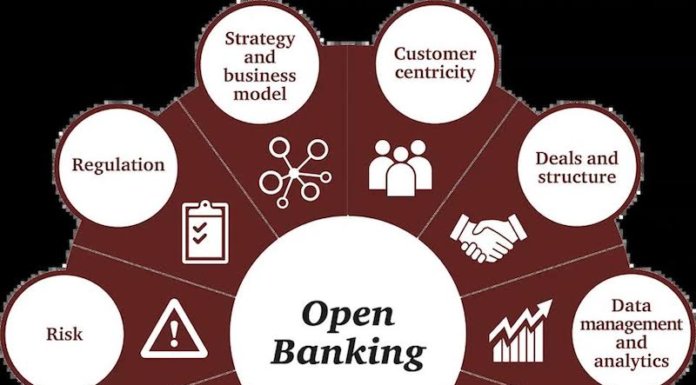