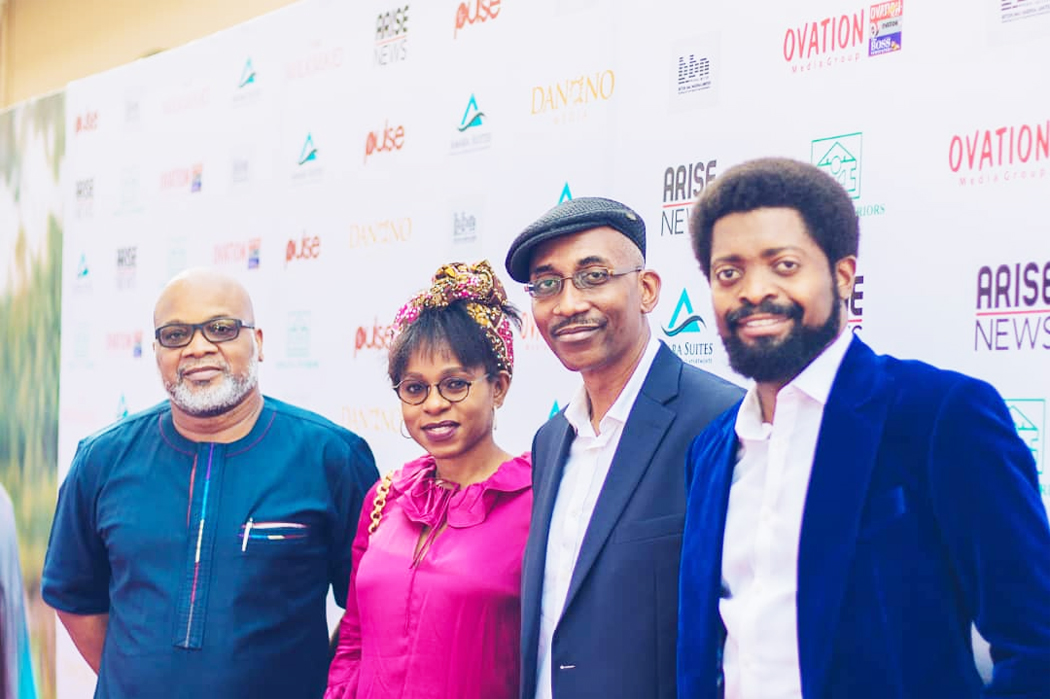 Critically acclaimed movie ‘The Milkmaid’, which made the rounds in 2020 with its long list of award recognitions, was officially screened to a coterie of guests in Lagos recently. Ferdinand Ekechukwu reports

A moderate number of guests, including star practitioners from across film and theatre sector were among the industry VIPs that graced the official premiere of ‘The Milkmaid’ last Sunday at Terra Kulture, Lagos. Being Nigeria’s official submission for the 93rd Oscar’s Best International Feature Film category, it was befitting the caliber of personalities hosted during the exclusive screening of the movie which had in attendance Minister of Information, Lai Mohammed, renowned businesswoman Ibukun Awosika, NBA President Olumide Apata, AMAA founder Peace Anyiam-Osigwe, Bolanle Austen-Peters, among others.

An authentic and riveting Nigerian story with global relevance, ‘The Milkmaid’ is written, produced, and directed by Desmond Ovbiagele. The Hausa language-based movie spotlights insurgency and extremism, especially as they affect women and children in Sub-Saharan Africa. The critically acclaimed movie made the rounds in 2020 with its long list of award recognition and the highly coveted spot as Nigeria’s second Oscar best International Feature Film submission.

The film follows Aisha, a Fulani milkmaid, searching for the whereabouts of her younger sister, Zainab after a forced separation. Dire personal circumstances forced her to approach the extremists, who were responsible for their predicament in the first instance, but she is determined to find her despite the compromises she must make to do so. However, her quest to recapture her blithe past proves to be unexpectedly complicated in a world whose seething conflict provides several paths to becoming a victim with typically irreversible consequences. Shot on location in Taraba State, North-East Nigeria, ‘The Milkmaid’ stars popular northern Nigerian actress, Maryam Booth, alongside Ibrahim Jammal, Anthonieta Kalunta, and Gambo Usman Kona among others.

The film showcases the natural beauty of Nigeria’s topography such as the Mambilla Plateau in Taraba state, while highlighting the richness of the sub-region’s colourful Hausa and Fulani cultures. Speaking on the film, Ovbiagele stated: “Although I don’t live directly in the area of conflict, as a Nigerian, I couldn’t help but feel very saddened about what was going on in the North East. I felt as a filmmaker, I had the responsibility to make a contribution in terms of what I felt was happening over there.

“Beyond that, typically these people that are involved do not really have a voice. We rarely speak about who they are, what we hear is statistics of how many people died in the papers. We don’t know their names, we don’t know where they came from or what they aspired to be as human beings. We in our very little way tried to use the film to at least put some flesh, put some faces and some emotions behind who these people are and that’s what ‘The Milkmaid’ was really about. That’s how the film came to be.”

The film is Ovbiagele’s sophomore, following his award-winning ‘Render to Caesar’ in 2014. The Milkmaid’s claiming of the top prize of Best Film at the 2020 Africa Movie Academy Awards (AMAA) was Nigeria’s first triumph in that category in seven years since Kenneth Gyang’s ‘Confusion Na Wa’ in 2013. The two-hour 16 minutes thriller received eight nominations and won five at the 16th edition of the Africa Movie Academy Awards (AMAA) in December 2020. The film won awards for Best Film, Best Supporting Actress, Best Nigerian Film, Best Film in an African Language, and Achievement in Make-up.

In the same month, ‘The Milkmaid’ was announced by the 12-member Nigeria Official Selection Committee (NOSC) as Nigeria’s submission to the 93rd Oscars in the category of Best International Feature Film. The announcement of ‘The Milkmaid’ as Nigeria’s representative at the 2021 Oscars followed a statutory vetting and subsequent voting of entries received from Nigerian filmmakers at home and abroad. ‘The Milkmaid’ scored the majority votes, beating “Sanitation Day,’’ “Voiceless,” “Oloture,’’ “Ibi (The Birth),” and “Eyimofe.”

Last year, Nigeria’s official submission, ‘Lionheart’, was disqualified for not meeting the non-English dialogue criteria. This led to the controversy on whether or not Nigerian pidgin should not be considered a local language. Although the Oscars has since reviewed the rule, giving approval for dialogues in pidgin, ‘The Milkmaid’ shot with Hausa, Fulfulde and Arabic dialogues appears to have been made with the original Academy rules in mind and had not left anything to chanc