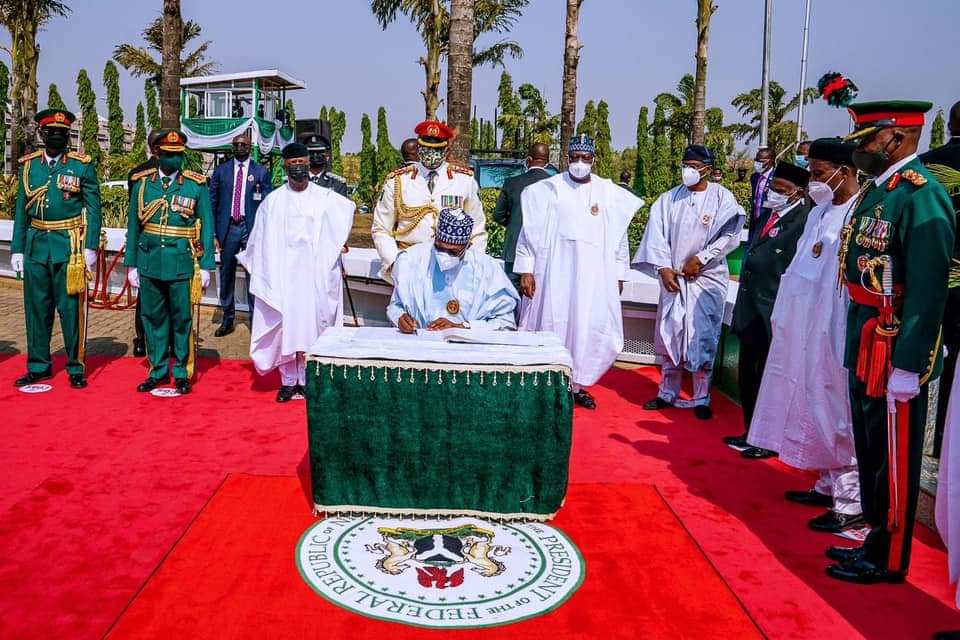 Charles Ajunwa in Lagos and Deji Elumoye in Abuja

President Muhammadu Buhari yesterday directed the nation’s service chiefs to ensure synergy in the fight against all forms of insecurity, while also promising that Nigeria will witness a significant improvement in safety this year.

In a series of tweets to commemorate the Armed Forces Remembrance Day, the president also said his government “is investing heavily not only in weapons and equipment” for their use and that the welfare of the armed forces would continue to be the priority of his administration.

Buhari wrote: “As we commemorate #ArmedForces RemembranceDay, let me pay tribute to the bravery and sacrifice of all the men and women of our armed forces who have paid the supreme price for our unity, peace and security. We also salute our troops currently engaged in internal security operations.

“The welfare and wellbeing of our troops will continue to be a priority. We are investing heavily not only in weapons and equipment for their use, but also in provision of housing, medical care and other areas of welfare. And we will continue to make resources available.

“I am reiterating my directives to the service chiefs regarding greater synergy and cooperation, and also a more sustained focus on intelligence gathering and interpretation. I am confident that we will see significant improvement in our security situation this year.

“May the souls of all our departed heroes continue to rest in peace. We will continue to strive to ensure that their sacrifices on our behalf will never be in vain.”

Meanwhile, a mild drama played out yesterday at the National Arcade, Abuja venue of the celebration of this year’s Armed Forces Remembrance Day as the ceremonial white pigeons released from the cage by President Muhammadu Buhari took time to fly out.

The President who was releasing the pigeons, that ended perching atop the cage one after the other, had to fling open the white cage to release all the birds at once.
Buhari later left the pigeon cage after about two minutes, while the birds shortly after flew in different directions.

The symbolic release of the pigeons was one of the highlights of the events lined up to remember Nigeria’s fallen military heroes.

Earlier, the President, Vice President Yemi Osinbajo and other top government officials had laid wreath as part of activities to mark this year’s Armed Forces Remembrance Day.
Buhari, who arrived the Arcade at about 10.05am amid tight security, inspected a guard of honour mounted by combined Army, Navy and Air Force personnel before laying the wreath at 10.28am.

Vice President Osinbajo was next to lay the wreath followed jointly by President of the Senate, Dr. Ahmad Lawan and Speaker of the House of Representatives, Femi Gbajabiamila and Chief Justice of the Federation, Justice Tanko Mohammed.

The Chief of defence staff, the three service chiefs as well as the Inspector General of Police also took turns to lay the wreath as a mark of honour for the nation’s fallen heroes.
The President later signed the Remembrance Anniversary in the company of Osinbajo, the leadership of the National Assembly and the service chiefs.