She is one of the daughters of the arch-conservative Republican Dick Cheney, former Vice President of the United States. She is not only conservative and well-spoken, she’s the 3rd in rank among the Republicans in the U.S House of Representatives.

Wyoming Congresswoman and House Republican Conference Chair Liz Cheney did not mince words in articulating the reasons to impeach Donald Trump as President of United States on Wednesday, January 13, 2021.

She released the following statement, ahead of votes: “On January 6, 2021 a violent mob attacked the United States Capitol to obstruct the process of our democracy and stop the counting of presidential electoral votes. This insurrection caused injury, death and destruction in the most sacred space in our Republic. Much more will become clear in coming days and weeks, but what we know now is enough.”

With clarity and factual sense of responsibility, she stated: “The President of the United States summoned this mob, assembled the mob, and lit the flame of this attack. Everything that followed was his doing. None of this would have happened without the President. The President could have immediately and forcefully intervened to stop the violence. He did not.”

Immediately, she delivered one of the most critical indictments of Donald Trump; specifically that “There has never been a greater betrayal by a President of the United States of his office and his oath to the Constitution. I will vote to impeach the President.”

And, she did! Voting alongside Democrats and nine other Republicans (Reps. John Katko of New York, Adam Kinzinger of Illinois, Fred Upton of Michigan, Jaime Herrera Beutler of Washington, Dan Newhouse of Washington, Peter Meijer of Michigan, Anthony Gonzalez of Ohio, Tom Rice of South Carolina and David Valadao of California), they affirmed Mr. Trump’s name as being at the same notorious status of any criminal commander of a domestic terrorist organization.

His name was instantly reduced to the level of an insurrectionist.

The man, Trump, immediately became legislated into history as the first President of America who levied war of destruction of the institutions of democracy in America.

Americans including those who supported him all these years could not believe their eyes when the instinctively petty and chaotic Trump openly and viciously instigated his mob to walk to the Congress and “show strength.” It was a direct and naked message for confrontation.

It was an open invitation to violate the operations of the legislative arm of the American government through his own mob!
Trump’s mob and their insurrection had led to the deaths of six persons, including two Capitol Police officers.

Immediately after the vote to impeach, House Speaker Nancy Pelosi, in an acknowledgement of Republican Cheney and co, noted that
“Today, in a bipartisan way, the House demonstrated that no one is above the law, not even the President of the United States, that Donald Trump is a clear and present danger to our country.”

After realizing that history and decency and patriotism had left him while he chose to be Trump’s shameless apologist and water carrier, House Minority Leader Kevin McCarthy, R-Calif., managed to say that Trump, the same man he was screaming election lies for, “bears responsibility” for the insurrection.

McCarthy was engaging in his own Kabuki dance while Trump was morphing into several colours and beings, everyday.

Worst of all, he falsely claimed that: “People thought what I said was totally appropriate.”

When his exhausted enablers and tired apologists told him that claim was not only unbelievable but exposed him to potentially legal complications, he issued yet another video statement that threw his radical supporters under the bus.
“Mob violence goes against everything I believe in and everything our movement stands for. No true supporter of mine could ever endorse political violence. There must be no violence, no lawbreaking and no vandalism of any kind.”

Overall, to put it more accurately, Mr. Trump has, through a combination of recklessness, lack of self restraint, self-glorification, an over-bearing instinct to lie, and petty vindictiveness reduced his own name and legacy to the lowest levels of the worst Presidents in American and world history of democratic governments. Sad 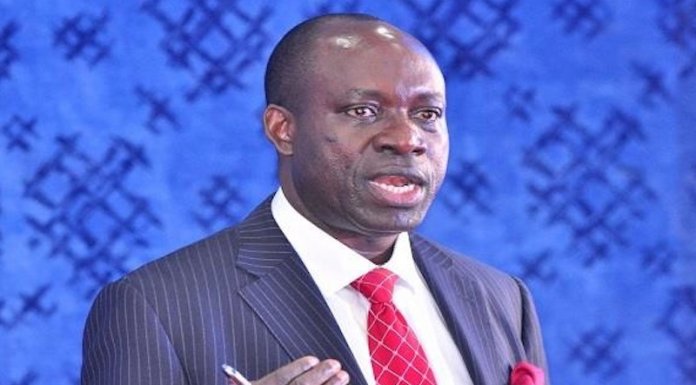