Behind Nigeria’s problems, over the decades, have been the conspiracies of successive political elites to inflate and politicize population data for partisan agenda. Since those controversial censuses of the early 1960s, the credibility of population estimates across state boundaries has played out as toxic fights, especially between the North and the South, with the former singled out, although unfairly, for tampering with national data to maintain political dominance.

This generational distrust hasn’t only left behind a country where politicians are in a contest to exaggerate the population of their political strongholds to attract fat revenue allocations from Abuja, but also one with vastly undocumented citizens. As Nigeria loses monopoly of force to terrorists, bandits, kidnappers and cybercriminals on a rampage across its territory and cyberspace, this inadequacy of biometric data is telling.

The past governments all rolled out fancy policies to document and manage citizen data, which were more successful in disappearances of billions from the national treasury. The trending call for citizens and legal residents to acquire national identity and have it linked to their mobile phone numbers, is a reminder of the past and it’s easy to see why the Minister of Communications and Digital Economy, Dr. Isa Ali Pantami, is jumping from one media outlet to another to emphasize the difference this time around.

Last Friday, on a Channels TV evening programme, Politics Today, Pantami was reminded of the hurdles in front of citizens and the staff of National Identity Management Commission (NIMC) in this rush to obtain National Identification Number (NIN). The February 9 deadline, the anchor said, was too short, and the Minister instantly clarified that the announcement for citizens to have their NIN linked to their phone numbers was made in February 2020. He also explained that the protocols set aside for potential registrants were being grossly violated by citizens attempting to cut corners, and attributed that to the congestion at the registration centres. The consequences are the reason for that short-lived strike by NIMC employees in the field.

Looking past Pantami’s passion to execute a project likely to sabotage his fellow northerners’ political capitals—based on the largely bigoted conspiracy theory that the North inflated their census numbers for electoral advantage—one can also excuse the attitude of everyday Nigerians towards NIN. The responses to the deadlines are classical conditioning sustained by the previous governments’ insincerity in such projects. Since 1979, when General Olusegun Obasanjo-led military government set up the Department of National Civic Registration to manage the nation’s identity card system, Nigeria’s bids to build a credible database were unsurprising waste of resources.

In 2003, I also registered for the national identity card in Suleja, then under the supervision of Directorate of National Civic Registration (DNCR), and waited in vain to acquire the card promised. My friends and I only got to acquire slips, and the project, as claimed by the government, had over 50 million Nigerians registered. When NIMC was established in 2007 to integrate the existing databases and register more citizens, as its founding act says, our idea of such “integration” wasn’t rendering the previous identity “slips” invalid.

Nigeria has never taken seriously the task of preserving citizen data, and even basic decade-old records of citizens obtained by government institutions are often difficult to access in a country at the centre of a security crisis. But what has set this renewed call for registration apart, aside from the emphasis on its digital nature, is that, without it, Nigeria is unlikely to bounce back from its quick descent into a criminals’ playground. This bid for comprehensive biometric information of citizens must be treated as a dying nation’s gasp for oxygen, and that’s also our best option in checkmating these multiplying bands of criminals.

Nigeria has also often been defined by the statistical projections of foreign organizations, but local politicians are also quick to question unfavourable rankings where they’ve no superior or alternative data to present. On his Twitter in October 2019, President Muhammadu Buhari referred to the data “developed abroad by the World Bank, IMF and other foreign bodies” as “wild estimates that bear little relation to the facts on the ground.” He also added that “We can only plan realistically when we have reliable data.” But, without harmonized registers of citizens, his preferred data are only as factual as the foreign-generated statistics he disregards.

The choices before Nigeria aren’t as simple as they seem. We are stuck between the consequences of violating coronavirus regulations and underestimating the centrality of biometrics in rescuing Nigeria from the gaping maws of insecurity. The virus hasn’t neutralised kidnap-for-ransom, cybercrime, banditry and insurgency which have stripped Nigeria of its sovereign integrity, with our hopeless and clueless politicians compelled to negotiate peace with bloodthirsty criminals. So, it’s hollow to refer to the pandemic in arguing that the conditional NIN registration is ill-timed.

Despite being victims of past governments’ historical nonchalance in, and subsequent abandonment of, ambitious identity management projects, Nigerians are not ones to willingly submit themselves for stressful exercises if they’ve nothing to lose. When BVN was first announced, the response was slow until banks threatened to restrict unlinked accounts. This time, the motivation to present oneself for NIN registration is the fear of having one’s mobile phone number barred, which is a clever understanding of Nigerian psychology.

The convergences at NIN registration centres are in nowhere different from the daily gatherings at Balogun market and Wuse market, and can be easily coordinated in adherence to the social distancing protocols. The short-lived strike of NIMC staff is also a desired warning shot for Pantami and his team, even though, as revealed in the Channels TV interview, the striking staff did not make known their grievances and that he was unaware of the underscored infrastructure deficit stalling data collections.

For instance, ahead of the United States elections last November, about 10 million Americans had contracted COVID-19, and 230,000 had already died with it. But the significance of the US last elections couldn’t be dimmed by a devastating pandemic that had left the country’s healthcare system wrecked and the political leadership also vulnerable and dangerous. Like America, Nigeria only needs to rely on the guidance of its disease control agency—and Nigeria Centre for Disease Control (NCDC) has been impressive and proactive in this venture—to devise safe and orderly means of conducting this biometric documentation.

The escalated breakdown in Nigeria’s internal security is itself a pandemic and bound to outlast this disease that originated from Wuhan. Nigerians can’t afford to relegate either unless there’s a secret aspiration to wake up without a country someday. NCDC and NIMC must work hand-in-hand to disinfect and preserve Nigeria, respectively, because both agencies have been tasked with preempting Nigeria’s collapse. The past few months, from the theatrics over the distribution of palliatives to the sights of hoodlums disrupting #EndSARS protests, underlined this older pandemic that’s the lack of harmonized social registers of citizens and legal residents.

Since renaming his station Ministry of Communications and Digital Economy, which was once simply Ministry of Communications, Pantami has been obsessed with the immensity and potential of Nigeria’s digital markets. The minister has been stuck in a game theory with criminal beneficiaries of Nigeria’s dysfunction, and it’s easy to predict their payoff to determine his Nash equilibrium, and that’s when a fingerprint or phone number is enough to track down a criminal. 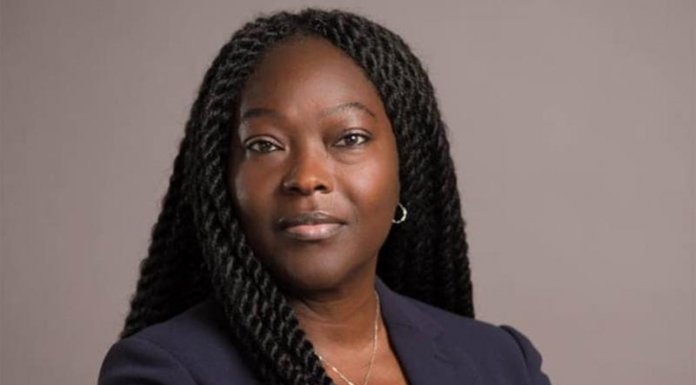