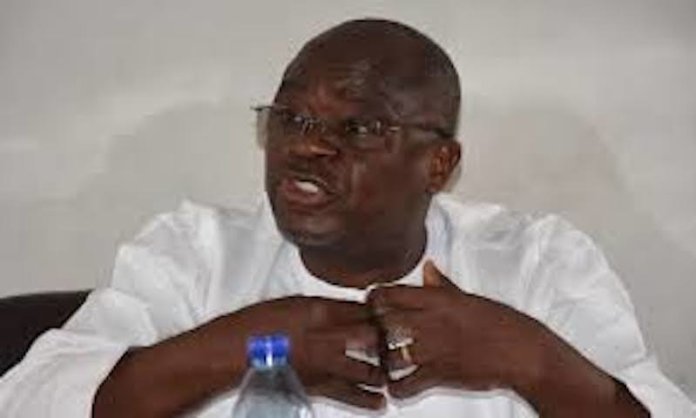 Opeifa who stated this in his handover statement, disclosed that after weeks of planning the task team has successfully handed over its activities to the Lagos State Government, which will be supported by the Lagos State Police Command.

According to him, “President Muhammadu Buhari inaugurated the task force chaired by the vice president with me as the Executive Vice Chairman on April 25, 2019. Following the restoration of relative normalcy on the axis with a massive reduction in congestion and traffic, the task force completed its task and decided to withdraw on October 7, 2020.

“A report of the activities of the team was presented to the Presidency on October 7, 2020 at a meeting Chaired by His Excellency the Vice President Prof. Yemi Osinbajo and in attendance; the Minister of Transportation, Mr. Rotimi Amaechi; the Minister of Works and Housing, Mr. Babatunde Raji Fashola; Comptroller General of the Nigeria Customs Service (NCS), Col. Hameed Ali (rtd); Managing Director of the Nigerian Ports Authority (NPA), Ms Hadiza Bala-Usman; Executive Secretary, the Nigerian Shippers Council (NSC), Hassan Bello; Federal Road Safety Corp Marshal, Boboye Oyeyemi; Mr. Ade Ipaye and the SSA to the President on Media.”

Opeifa said the handover process started on November 8, 2020 and was officially completed on December 29, 2020.

He added that as a result of the activities and efforts of the team – made up of representatives of the Inspector General of Police, Lagos State Government, government agencies and other stakeholder, it was able to restore law and order on all roads leading to the Lagos Ports and within the Lagos Port Maritime logistic Corridor.

“Other achievements include removal of all stationary trucks on Lagos roads leading to the Ports, development and deployment of an efficient and effective traffic management plan for the entire port area traffic (including the cargo, fuel distribution and business district traffic).

“Traffic Management Direction as contained in the Presidential Task Team released Operational Order, Guidelines and Modus Operandi which incorporates Port Operations, Incident rescue management, Truck Throughput and Park Management and special purpose Apapa Port Area Traffic Management with strict enforcement protocols. the current; operating system backed by appropriate enforcement has the capacity to clean up any congestion within two to six hours with the cooperation of major stakeholders and an effective incidence and recovery management system by LASTMA,” he explained.