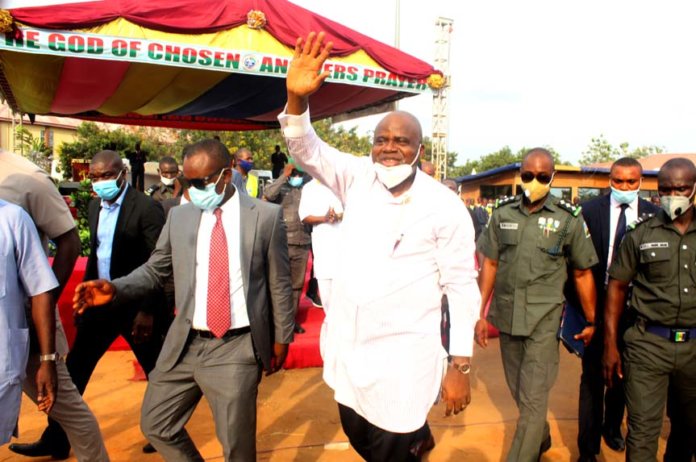 The government of Egypt has honoured the Lord’s Chosen Charismatic Revival Ministries, Egypt branch with a Golden Certificate Award.

The Coordinator of Egypt branch of the church, Pastor Rufus Obi, disclosed this while testifying to the work of God at the four-day annual International Crusade of the church, titled: What God has determined shall be done, in Imo State, which held from January 3 to 6, 2021.

He said issuance of the golden certificate was an indication of a clean bill of health to the church to carry on with their activities and operations in the land of Egypt without hitch.

According to him, it was also an indication that the Chosen Church is a peace -loving church, not only in Egypt, but worldwide.

Obi also explained that a certain member of The Lord’s Chosen was arrested in Egypt, for not having the required documents, but when the certificate was shown to the police, the person was released.

Obi said the certificate is a sign of recognition and blessings of God, pointing out that it would help immensely in safeguarding Chosen members in Egypt, especially immigrants.

“For over eighty to ninety years ago, no church has been given the golden certificate in Egypt. But that which seemed impossible to do, has been made possible. In fact , it is only God that can do it”, Obi noted.

He urged Chosen members who go to Egypt, to feel free because the Chosen has a Golden Certificate to protect their interests.

Also, the government of Rwanda has issued the legal personality to the Lord’s Chosen in the country.

Also speaking at the crusade, National Coordinator of the church in Rwanda, Pastor Chukwuemeka Innocent hinted that the government, under President Paul Kagame issued the permanent document to The Lord’s Chosen, even when there is a strict restriction on establishment of churches in the country.

“When we got to the country on September 8, 2020, almost all churches were closed by the government on strict conditions and no one was given authorisation.

“When we applied for authorisation to establish our church, we did not know that the authorities in Rwanda visited Nigeria to find out whether we are genuine.

“We were surprised when they told us about our church, our General Overseer and our way of worship. Thereafter, they commended us, saying that our church will be useful to them, and issued the certificate to us.”

He explained that 95 per cent of churches in Rwanda are owned by indigenes, as no foreigner was allowed to establish a church.

Speaking at the crusade, General Overseer of the church, Pastor Lazarus Muoka, said with a 10billion soul mandate, the church and visitors who came to the crusade from all over the world were hopeful that the programme would bring healing, deliverance, miracles, signs and wonders.

Muoka admonished all to jettison immoral acts capable of leading them to hell fire, but should be conscious of making heaven at last.

“You target should be making it to heaven at last, and that cannot be possible without holiness and righteousness”, Muoka added.

Governor of Bayelsa State, Douye Diri and former Governor of Imo State, Senator Rochas Okorocha were among the personalities that attended the programme to receive fresh blessings and power to face all challenges in 2021 and beyond.