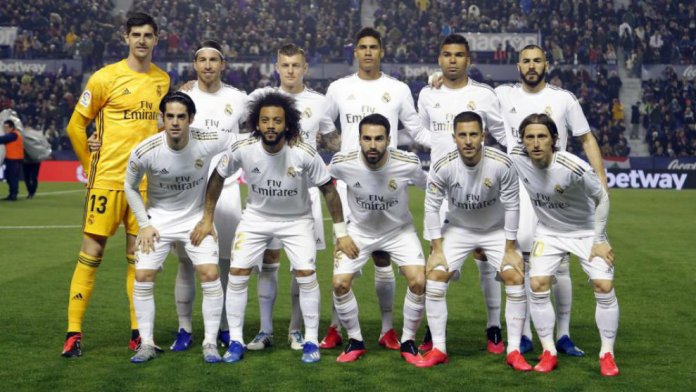 Real Madrid are to begin the defence of the Spanish Super Cup trophy they won last term tomorrow. The Super Cup is to be beamed live on StarTimes’ World Football and Premium Sports channels.

Augusta National Golf Club plans to allow a limited number of spectators to attend the 85th Masters in April despite the Covid-19 pandemic, club chairman Fred Ridley announced on Tuesday.

The 8-11 April tournament will use health and safety protocols similar to those used last November, when the famed course was closed to supporters as Dustin Johnson won the green jacket and his second major title.

“Following the successful conduct of the Masters tournament last November with only essential personnel, we are confident in our ability to responsibly invite a limited number of patrons to Augusta National in April,” Ridley said.

While efforts are being made to safely include a limited number of spectators, Ridley indicated Covid-19 conditions must improve to make the move possible.

“As with the November Masters, we will implement practices and policies that will protect the health and safety of everyone in attendance. Nothing is, or will be, more important than the well-being of all involved,” Ridley said.

“While we are disappointed that we will be unable to accommodate a full complement of patrons this year, we will continue our efforts to ensure that all who purchased tickets from Augusta National will have access in 2022, provided conditions improve.”

Augusta National is communicating with ticket holders and will issue refunds to those not selected to attend.

Ridley also said the club intends to conduct the Augusta National Women’s Amateur and Drive, Chip and Putt National Finals youth events as scheduled before the first official Masters practice round with a small number of patrons allowed at each.

Both were called off last year due to the Covid-19 pandemic.

letic Bilbao and Real Sociedad in a competition that features a four-team line-up for the second time.

Real Madrid and Barcelona – as first and second in the La Liga respectively – as well as the two finalists from last season’s Copa del Rey, Real Sociedad and Athletic Bilbao, qualified for the mini-competition, which will be played this week over three stadiums in Andalusia.

Today, Real Sociedad will face FC Barcelona at 9pm; while Real Madrid will battle Athletic Club on Thursday at 9pm. The winners will meet on Sunday at 9 pm to decide the new Spanish Super Cup Champion.

Real Madrid are the defending champions, having won the competition in Jeddah, Saudi Arabia last year – the first time the tournament was held with four clubs.

Other exciting football competitions to look forward to on StarTimes this week include the German Bundesliga, Coppa Italia airing from Tuesday, Copa Del Rey from Saturday and CAF CHAN 2020 also starting on Saturday.

Others this January include The Emirates FA Cup which started January 8 and the PS5 Supercoppa Italia on January 20.

For Coppa Italia round of 16, Wednesday’s fixtures will see Fiorentina vs Inter Milan at 3pm, Napoli vs Empoli at 5:45pm and Juventus vs Genoa at 8:45pm.

Matches will be broadcast live and in HD on StarTimes Sports channels.