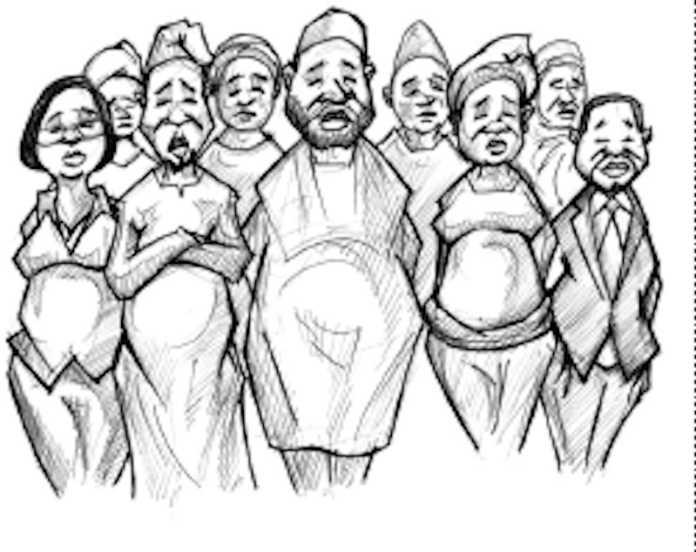 Policymakers should adopt measures to check the population size

Nigeria is today rated among the fastest growing countries of the world in terms of population. Ordinarily this should be a plus, but with the way things are, it is not. Experts therefore warn of the dire consequences of the uncontrolled population growth. The prognosis is that there may come a time when it would be difficult for the country to make necessary provisions for the ever-increasing number of people.

With early marriages, high birth rates and lack of family planning programme as major contributors to the uncontrolled population growth, Nigeria remains the most populous country in Africa. Going by the United Nations projection, the overall population of the country is also expected to hit the 400 million mark by the end of the year 2050. If the trend is sustained till the end of the century (in 2100), the population of our country is projected to be well above 700 million. These are danger signals that should worry critical stakeholders, especially the government at all levels.

Meanwhile, as the population continues to bulge exponentially, Nigerians continue to be ranked among the poorest people in the world due to high incidence of unemployment, predominant production of primary goods over finished products, aging public infrastructure, the insurgency in a section of the country and opaque system of governance. The high rate of out-of-school children and poor output in the education sector also contribute negatively to deepening this problem as the nation churns out a crop of uncompetitive youth in a new world driven by technology, skills and knowledge.

Against the background that uncontrolled population growth is already stretching to the limits the few infrastructure facilities in the country and contributing in large measure to the poor standards of living, there is indeed an urgent need to address the dire consequences of this planlessness. Of course, we are not unmindful of the fact that some people may dismiss the latest projections as mere Western propaganda aimed at keeping developing countries from having large population. They could also point to China and India as countries with huge populations harvesting their ‘demographic dividends’. Yet, the fact being ignored is that China, for decades, managed its population with its one-child per couple policy while the Indian state encourages some form of family planning. In any case, an idle (and largely illiterate population) such as we breed in Nigeria today can only be a disaster waiting to happen.

We are not oblivious to religious practices and beliefs that frown at any talk of over population and therefore regard any suggestion that hints at birth control as heresy. But it is a simple economic fact that population growth that is not matched with commensurate socio-economic development can only breed chaos. On a positive note, however, we also understand that at a time when the population of many countries in Europe and Asia is ageing, Nigeria’s young population could be a demographic advantage but only if the policymakers can design appropriate policies that will improve the productive capacities of our people and put our people to work. To the extent that there is no such thing, then there is the need to worry.

There is no doubt that a sustainable society is the one with moderate population growth that enables its members to achieve a high quality of life in ways that are ecologically sustainable. Unless policymakers begin now to focus their attention on how to avert this ticking time bomb the consequences could be devastating and very difficult to reverse.