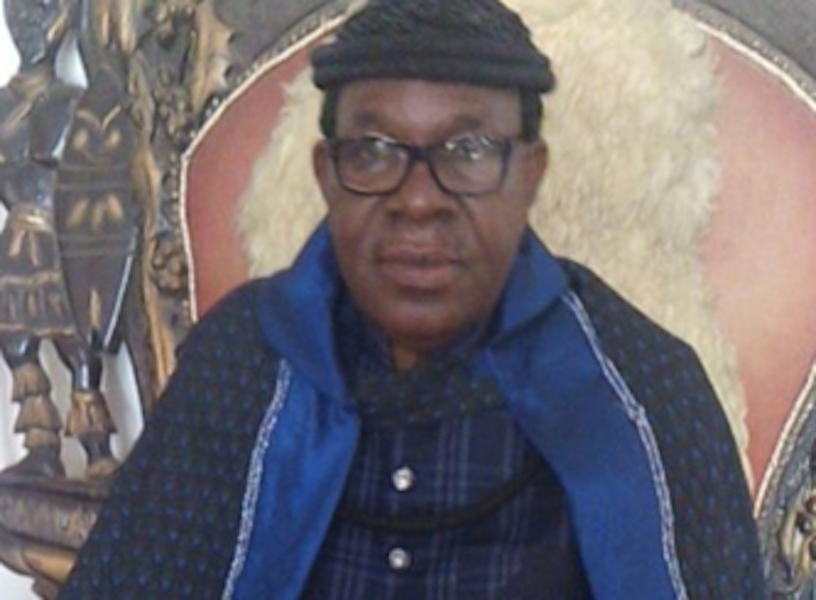 Last week, the monarch of Igbariam community in Anambra North senatorial District bowed to death, eight days after his suspension by the Anambra State Government was lifted. David-Chyddy Eleke examines the incidents that preceded his demise

On January 4th, the people of Igbariam community in Anambra East local government area of the state converged on the royal square of the monarch of the community, Igwe Kelly Nkeli Nzekwe for his traditional Ofala ceremony. It was a happy moment for the monarch and also for his subjects who converged to celebrate him. The moment was particularly unique for them because the monarch was just coming out of over three months suspension slammed on him by the Anambra State Governor, Chief Willie Obiano. But unknown to them, that at a time when they thought the monarch has regained control of his throne, he would suddenly bow out. He died just three days after the Ofala festival.

In August 2020, Igwe Nzekwe was among 13 traditional rulers who joined billionaire oil mogul, Prince Arthur Eze to Abuja on a courtesy visit to President Muhammadu Buhari. The journey was ill-timed as it came at a time when Eze already had a misunderstanding with Obiano, and openly hobnobbing with Eze, to Obiano meant that the traditional rulers had rejected him for Eze.

Eze had then first accused Obiano of shortchanging traditional rulers the state by not remitting five percent of the state’s revenue to them as stipulated by law. Eze insisted that governors in the north, including those of Enugu and Ebonyi were doing it and wondered why Obiano should not. He accused Obiano of impoverishing the monarchs, while boasting that henceforth, he was taking over the responsibility of catering for the monarchs.

In another meeting with the monarchs, Eze disclosed that he was taking some of the monarchs with him to Abuja on a courtesy call to the President. Though Eze is considered too big for anyone to fight because of his deep pockets, Obiano had to act fast to avoid being ridiculed before the President as it was then perceived that the courtesy call on Buhari may afford the group the opportunity to de-market him. First, Obiano slammed a one year suspension on Igwe Peter Uyanwa, the traditional ruler of Ukwulu community, in whose palace the monarchs hosted Eze. Later in the week, when the monarchs joined the oil magnate to Abuja, Obiano fully bared his fangs, suspending the 12 monarchs (aside Uyanwa who had already been suspended). He accused them of breaching the Anambra State traditional rulers law, where he said it was stated that no traditional ruler can travel out of their domain without first notifying the local government chairman or the governor.

A video of the monarchs which was circulated on the internet before they embarked on their trip showed the monarchs sharing money among themselves. The money was alleged to be bribe money given to them by Prince Arthur Eze as inducement for them to join him on the trip to Abuja. This too was seen as an untoward attitude by monarchs, which led first to their suspension, and later calls by members of the community of some of the monarchs for their removal.

The suspension caused a lot of confusion in most communities of Anambra State. Even now, the rage is still on in many communities. In some of the communities, rival groups saw the opportunity of the suspension of the monarchs as a good reason to depose them, on the ground that nature abhors a vacuum, while others cited that the monarchs had brought their communities to public odium and therefore needed to be replaced immediately, but in the case of Igwe Nkeli, he was not removed by his community, nor was it clear that anyone contested his stool.

On the eve of the New Year however, reprieve came the way of three of the traditional rulers as Obiano decided to pardon and reinstate them. In a press statement by the Commissioner for Local Government and Chieftaincy Matters, Mr. Greg Obi dated 31st December, 2020, Governor Willie Obiano lifted the one year suspension slammed on three of the traditional rulers involved. Commissioner Obi wrote, “His Excellency, Governor Willie Obiano in a New Year act of magnanimity has decided to lift the suspension of three traditional rulers. The affected Igwes are: Igwe NN. Kelly Nkeli – Igbariam, Igwe Dr. Emeka Ilouno – Ifitedunu, Igwe Peter Uyanwa – Ukwulu.”

Barely four days After, Igwe Nkeli, one of the pardoned monarch held a colourful Ofala festival in his community, and another four days after the festival, his death was announced. The incident of his death has set many thinking what could be the problem, or the connection with last year’s trip to Abuja. For a man who held a colourful Ofala festival within four days of lifting his suspension, some people believe he may have gotten wind of the fact that he was going to be pardoned, and had started early enough to plan the festival, while others believe that Nkeli who was most popularly known as Okalakwu Igbarriam and prided himself to be half man, half spirit, may have been planning the festival after looking into his crystal balls and was convinced that the suspension on him would be lifted.

Though some other monarchs who joined the trip to Abuja had been pardoned earlier, others have been out rightly deposed either by the state government or by their subjects. In the case of Igwe MacAnthony Okonkwo, the monarch of Alor community where the Minister for Labour and Employment, Dr. Chris Ngige hails from, even though he was pardoned by the state government, the minister working with the President General of the community and other wealthy individuals elected a new monarch over Okonkwo.

Another monarch who was also not lucky is the monarch of Nawfia community, Igwe Chijioke Nwankwo who was deposed by the state government. Nwankwo who the state government recently announced the withdrawal of his certificate told THISDAY in an interview that he was going to court to challenge the withdrawal of his certificate, as he believes that he still has the backing of his people. He said, “They have done everything, including trying to summon the villages in Nawfia to elect a replacement for me, but the people have told him they are with me.

“The 2017 law governing traditional institution is very clear. It says before you can do anything to the Igwe (monarch), he must have done something wrong to the town or custom of the community, and not to government. My travelling with Prince Arthur Eze to Abuja to see President Buhari has nothing to do with offending the community or custom. We are not in a dictatorship. I still have freedom of movement, which is a fundamental right. They are purporting to have withdrawn my certificate, but as I speak to you, I have not gotten any notice about that. What that means is that I am still the Igwe. Even if I go out now to the town square on an unscheduled visit, you will see the people’s support. My crime is my outspokenness. They want to gag me. They are unhappy with me. They want to keep being on top. Anambra governor feels he can do this because he is already leaving office, but he is tactically destroying the All Progressives Grand Alliance (APGA), but he does not know.”

In Ukwulu too, Igwe Peter Uyanwa who was among the suspended monarchs has also been pardoned. Like Igwe Nkeli, he returned from his suspension back to his throne without opposition, just as Chief Walter Okafor , President- General of Ukwulu Town Union has called for a peaceful co-existence amongst the people for development of the town. Expressing happiness that the monarch was back on his throne, Okafor said, “Peaceful resolutions would make people to achieve impossible things, it is only time consuming but very effective in result actualization, we are happy for the end result over what could have torn the community apart.”

Speaking further, Okafor said, “I can tell you that since that suspension Ukwulu has not been peaceful, our Igwe has been in the throne for 15 years and he earned our respects and confidence. During the trial times lots of issues broke out on how to resist the decision but we applied peaceful resolution, now we are happy today,” he said. Okafor on behalf of the entire Ukwulu community thanked Anambra Governor, Chief Willie Obiano for the “uncommon magnanimity shown in recalling our traditional Ruler on December 31, 2020.”

Meanwhile, Igwe Nkeli who died seven after the state government had lifted his suspension as the traditional ruler of the community and three days after he held his Ofala festival was buried on the same day of his death. He died of an undisclosed ailment after what many described as a colourful 30 years on the throne as monarch of Igbariam community. Before his death, he was the Chairman, Board of Trustees of the splinter Ohanaeze Ndigbo Worldwide General Assembly. His faction of the Pan Igbo Socio-cultural organization last Sunday elected a parallel executive to run the group. Okalakwu was also the chairman of all traditional rulers in the state from the northern senatorial zone. His death at a time when his throne had been successfully handed back to him, and troubles around his reign resolved, many say, is still a mystery.

Igwe Nzekwe was among 13 traditional rulers who joined billionaire oil mogul, Prince Arthur Eze to Abuja on a courtesy visit to President Muhammadu Buhari. The journey was ill-timed as it came at a time when Eze already had a misunderstanding with Obiano, and openly hobnobbing with Eze, to Obiano meant that the traditional rulers had rejected him for Eze. Eze had then first accused Obiano of shortchanging traditional rulers the state by not remitting five percent of the state’s revenue to them as stipulated by law. Eze insisted that governors in the north, including those of Enugu and Ebonyi were doing it and wondered why Obiano should not. He accused Obiano of impoverishing the monarchs, while boasting that henceforth, he was taking over the responsibility of catering for the monarchs