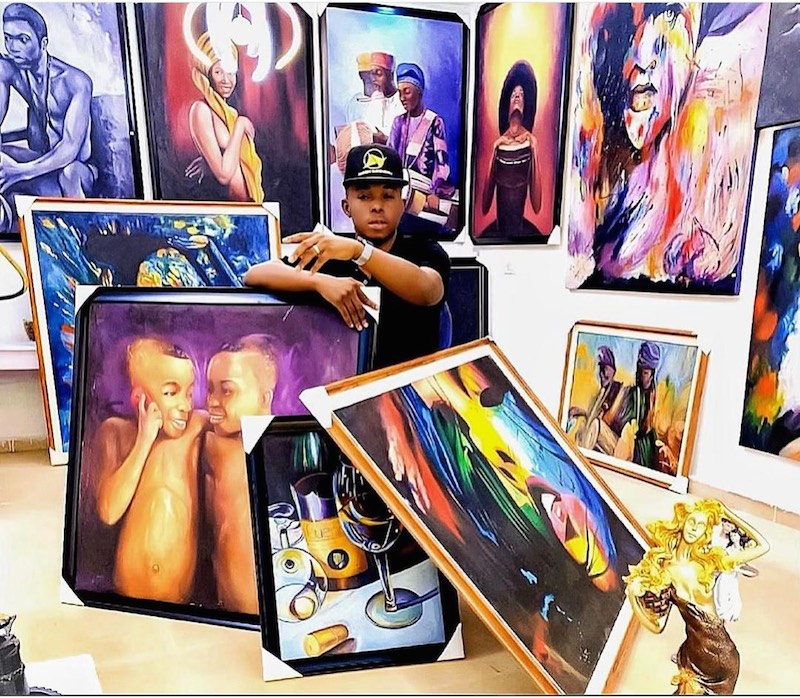 Joel Onoriode Akpojivi AKA DADDY K is a Dubai based artist/painter, businessman and philanthropist. He is the founder and CEO of FINISHING GLANCE LIMITED, a finishing and interior decor company. He is also the managing director of PORSH AND GLANCE GENERAL TRADING, a general goods and supply company which deals in African food and ingredients wholesale and retail company both based in Dubai.

In 2019 he was falsely accused of fraud, arrested by the economic and financial crimes commission and charged to court but after thorough investigations it was deemed a false allegation and he was released and exonerated. Though details of his arrest was splashed on blogs and social media his acquittal and exoneration never received as much fanfare nor was it carried by any news network subsequently confirming it was simply a malicious act by unknown persons seeking to defame his name and damage his reputation.

He relocated to Dubai shortly after and in 2020 exhibited his paintings and artworks at the 6th edition of WORLD ART DUBAI. Known to be the headline event of the official Dubai Art Season, World Art Dubai is the region’s largest retail art fair. It provides an opportunity for collectors, buyers and art enthusiasts to explore and buy artworks from local, solo artists as well renowned international galleries at prices starting from $100. “I have sold a lot of paintings since I came to Dubai to wealthy Arabs and Indians . The the least and smallest I have sold to them is 10,000 AED equivalent of about 1.3 Million Naira. That’s why I’m called the luxurious painter because my paintings are affordable but not cheap” says Joel.

Some of his featured paintings include

TITLE: All Races Are Equal
MEDIUM: oil on canvas painting
SIZE: 80 by 100cm

Joel Onoriode was awarded a certificate of exhibition by the organizers of World Art Dubai as proof of participation at the event. He also aims to publish exhibit at the 7th edition of World Art Dubai 2021 which will be held at Dubai World Trade Center from 07 – 10 Apr 2021.