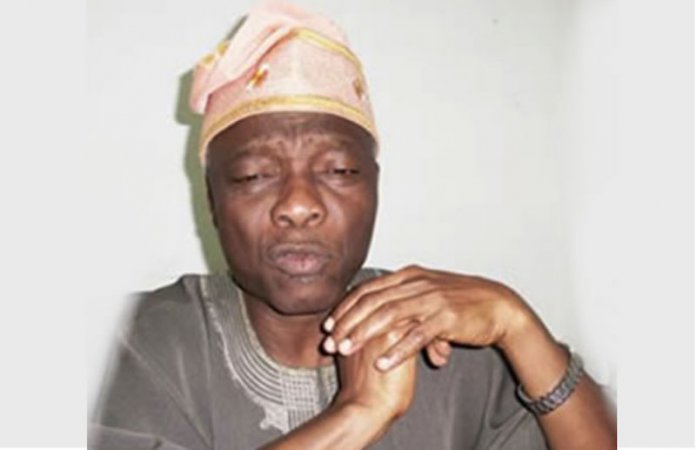 Oshun, a chieftain of the All Progressives Congress (APC), also faulted the administration of President Muhammadu Buhari for refusing to implement the report of the APC Committee on True Federalism despite resources invested in the process.

He gave the warning at a session with THISDAY yesterday describing the 1999 Constitution (as amended) as a product of tyranny that could not guarantee the socio-economic development of the federation and its constituents.

He said: “If we all truly love this country, this government should include in its governance agenda the need to restructure this country. Unless the country is restructured, it will be difficult to have a seamless run of government.

“We have problems all over the country. There is no part of the country that is not in one crisis or the other. We must immediately commence the process of restructuring to save Nigeria from worse challenges.

“Running away from restructuring will keep escalating the problems that we are having. Whoever is planning to take over in 2023, just like the era of former President Goodluck Jonathan, will face the same problem. At that time, whoever takes over will face the problem with greater magnitude.”

Apart from being the product of the late tyrant, ARG’s chairman noted that one professor of law, who of course did not deny it, wrote the constitution, which according to him, suggested that the 1999 Constitution was the product of Nigerians.

Oshun, equally, observed that there “have been many attempts to review the 1999 Constitution. For instance, former President Olusegun Obasanjo convened the first conference to review the constitution in 2005.

“But the process was tailored to inserting a third term into the new constitution. If that selfish motion of third term was not part of it, perhaps the National Assembly would have allowed the process to succeed.

“We also had President Goodluck Jonathan experiment. There was confab in 2014. Even if there were complaints, Nigerians selected from various associations, communities, cultural setup and academic institutions prepared a new constitution. That constitution is being kept in an archive.”

ARG’s chairman, also, said the APC set up a committee that went round the country, noting that a northerner was the chairman of the committee.

On this ground, Oshun noted that any issue of manipulation “did not arise. The committee held stakeholders’ meetings all over the country and came up with a report that Nigeria needs to be restructured urgently.

“In an interview, about a week ago, a former governor of Ogun State, Chief Olusegun Osoba expressed disappointment that some powerful people within the APC were sitting over the report of the APC Committee on True Federalism. After two years the committee submitted, why has the party not looked at the report?

“The report was reviewed at the party. It was reviewed at different levels. A former National Chairman of APC, Chief John Odigie-Oyegun publicly acknowledged the effort of the committee. Unfortunately, he became a victim of the system at last. If the 2014 report is kept in the archive, what about the report of the APC committee?”

“If any house will stand, the foundation must be appropriate. When we started at independence, we started as a true federation because we are diversified people in terms of culture, language and religion.”

Under the First Republic, Oshun said each of the federation had the mandate to determine its economic policy, noting that the Western Region maintained an office in the United Kingdom overlooking its own interest.

At the same period, he said the North under Sir Ahmadu Bello decided that it had nothing to do with Israel while the West under Chief Obafemi Awolowo had good business with Israel and no region interfered with one another.

He said: “It was a kind of autonomy that the people can determine their development priorities. In any case, why is it that the federal government will insist on having autonomy with regards to power – whether it is distribution, generation or transmission?

“If for instance all the federating units had the power many years back to invest in power generation or transportation mode and they share among themselves, what we would have had is a network that covers the entire country.

“A former governor of Lagos State, Asiwaju Bola Ahmed Tinubu invested in Enron to supply a significant part of Lagos State with power. The federal government frustrated it. In recent times, we can see the security situation.

“The federal government is insisting that it is the one that can run the policing system or that it must be in charge of security. But every part of the country can see that the federal government lacks the capacity to secure lives and property. Policing or security is a local problem.”

Besides the call for restructuring, Oshun noted that the ruling APC should zone presidency to the South, saying the party leaders had been speaking about an agreement about zoning presidency between the North and the South.

In 2023, he said the presidency should come “to the South as the APC leaders agreed in 2014. For the Southwest, there is a great need to seek the office of the president.

“It is the right of the Southwest to throw its hat into the ring. That is the basic obligation that we owe ourselves because it is coming to the South. The Southwest is a major component of the South,” he explained.

Oshun, however, lamented that electioneering and serious politicking had started barely two and half before the 2023 presidential election, which according to him, would undermine the business of governance.

In any serious country, he said election into the office of the president or prime minister “rarely starts earlier as the case of Nigeria. If it is the parliamentary system, electioneering starts three or six months before the election.”

For the presidential system, ARG’s national chairman noted that electioneering “often starts one year before the election. In Nigeria, those who came to office in 2019 have not spent two years in office.

“As a result, the time we spend on governance diminishes as early as focus shifts to electioneering. It distracts from the serious business of governance.

“It is a condition in which we find ourselves. As we can see, almost all the paraphernalia of our governance is shifting towards politicking. In fact, it is already politicking. That is the tragedy of the whole thing.

“Any serious contest should not be before the end of this year. We are going to have a presidential election in January or February 2023. We still have two clear years from now. The process should not start until January 2022.”