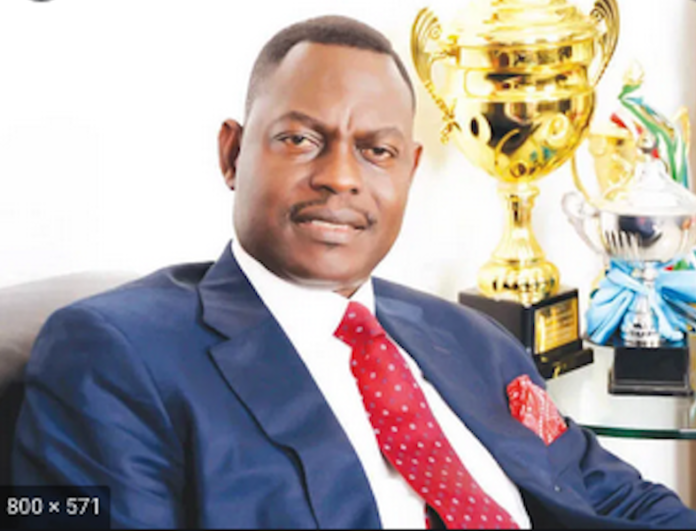 These are great times for billionaire businessman, lawyer, and CEO of Sifax Group, Taiwo Olayinka Afolabi. Recent reports on Afolabi’s business strides include the multibillion-naira five-star hotel in Ikeja, Lagos, that is close to completion. It would appear that after taking a dominant position in several other areas of the Nigerian economy, Afolabi is preparing to take the hotel service industry by storm.

There are tiers amongst Nigerian businessmen: noisemakers, newcomers, middlemen (by all accounts), company CEOs, industry leaders, and conglomerate champions. Taiwo Afolabi is one of the latter, and his latest business venture, the Marriott Hotel, is proof of this.

It used to be said that Marriott Hotel was a project that Afolabi intended to use to dazzle and intimidate, but never accomplished. The blueprints show a beast of an edifice, 7,000sqm of land housing over 250 luxury rooms; every conceivable convenience attachment, from fitness spas and gyms to outdoor swimming pools, boardrooms, and executive lounges. Who would have expected that Afolabi would push for quick completion and that the five-star Marriott Hotel will be ready before the end of the first quarter of 2021?

Then again, Taiwo Afolabi has demonstrated time and time again that business is to him what breath is to others, and he has inadvertently grown to be a mahatma of the business process. The width and depth of Sifax’s interests testify to Afolabi’s masterful grasp.

To date, Sifax Group is one of the leading companies raking in the goods from the many investments on the sea (port operations, oil, and gas, haulage as logistics, ship chartering, etc), in the air (freight forwarding, airport ground operations, cargo consolidation, etc.), and on land (financial services, hospitality, etc).

With the expected completion of Marriott Hotel sometime in March or April, Afolabi is likely to secure a firm foothold in the hospitality sector, maybe even building a business empire of a similar rank to his Sifax.
Great times for Taiwo Afolabi indeed.