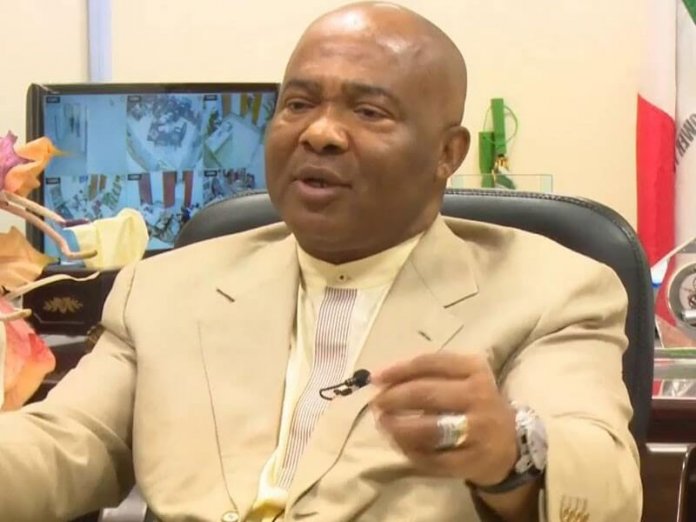 Ahead of its planned national convention, the ruling All Progressive Congress (APC) has appointed Imo State Governor, Senator Hope Uzodinma as the leader of the South East caucus for the exercise.

This was revealed in a letter the Chairman of the APC National Caretaker/Extraordinary Conversation Planning Committee and Yobe state governor, Alhaji Mal Mala Buni addressed to the governor.

The letter said part of his responsibilities I”s to mobilise other leaders in the zone to ensure a hitch free membership registration exercise, congresses and national convention.

“Uzodinma will also over see the reconciliation of disputing and aggrieved members in the zone.

“I write to mandate Your Excellency to lead the south east caucus, stakeholders and other opinion leaders towards achieving the objectives”, the letter read.

Prior to the appointment of Uzodinma to this role, the governor had spearheaded the reconciliation of APC members both in the state and the entire Southeast.

Apart from providing a platform for leaders of the zone to exchange ideas on how to expand the influence of the party in Igboland, Uzodinma has hosted them from time to time.

Before the defection of Ebonyi state governor, Dave Umahi from PDP to APC, Uzodinma was the only elected governor of the party in the south east.

In one of his visits to THE Government House, Owerri, former Senate President, Chief Ken Nnamani predicted that with Uzodinma’s leadership of APC in the Southeast, more responsible Ndigbo will flock to the party in no distant time.