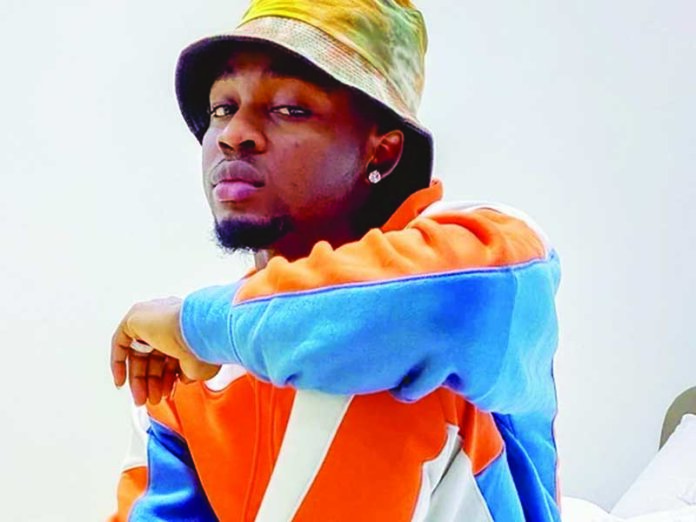 Chart-topping hit song ‘Godly’, the centerpiece of Omah Lay’s new EP ‘What Have We Done’, extends its feat for longest No. 1 in Top 50 history after spending five consecutive weeks at the top. Ferdinand Ekechukwu reports

There’s no doubt about how brightly Nigerian singer, Stanley Didia, aka Omah Lay’s star is shining, and considering the short time it took for the pop star to become one of Nigeria’s hottest artistes at the moment, it can be easily forgotten that he hasn’t always been around. His latest hit song, ‘Godly’ has occupied the number one spot on Nigerian combined music charts for more than a week since December 2020, weeks after bouncing back with the official video for this chart-topping hit song which is off his ‘What Have We Done’ EP, his second in eight months.

The first single, ‘Get Layd’ which received rave reviews paved the attention he is currently getting. ‘What Have We Done’ released on Nov. 20, 2020, becomes his first body of work under Warner Music Group to which he recently signed. ‘Godly’ extends its record for longest No. 1 in Top 50 history after spending five consecutive weeks at the top. The Top 50 blends all-genre streaming (Top Streaming Chart), radio airplay (Top Airplay Chart) and TV airplay (TV Top Songs Chart) in Nigeria. All charts is dated and updated on Mondays, this week’s chart was revealed on Monday, January 4.

With ‘Godly’, the centerpiece of his new EP ‘What Have We Done’, Omah Lay spuns a narrative that concludes that drinking and relationship with God are the remedies for anxiety in the face of isolation.
The song is a dramatic and intently personal narration of Omah Lay’s struggles, while grinding to become the superstar he is today. And as such, he’s able to mix raw emotions with a spiritual message for how his faith in God has helped him achieve his dream. Just at the start of 2020, Omah Lay was just another Port Harcourt boy trying to make headway in life. Fast forward months later and he is a fan favourite to many music lovers across the continent and is poised to dominate the music industry like Davido, Wizkid and former Port Harcourt-based and now international superstar, Burna Boy.

Before his recent arrest alongside fellow Nigerian star, Ms Tems in Uganda for performing at a concert which flouted Covid-19 restrictions, Omah Lay was the name on most lips. His song ‘You’ recorded viral success. Same with a couple of his other songs that have since developed into hit songs. ‘Bad Influence’, another song of his, was named the Top Song of 2020 by Apple Music. The 23-year-old Nigerian act, who released his debut EP, ‘Get Layd’ earlier this year, has been described as wielding the “lyricism of Burna Boy and the melodies of Wizkid.”

Following the grand reception of singles ‘You’ and ‘Bad Influence’ Omah Lay released the ‘Get Layd’ EP on May 22 last year. Singles like ‘Hello Brother’ and ‘Do Not Disturb’ which was released in 2019 heralded his emergence in the music scene but got everybody’s attention with “You” and “Bad Influence” which were off the EP.

As a gifted artiste with an uncanny ability to exist in his space, even when circling around the afro-fusion tag that has seen a recent rise in adaptability, the promising act has left many music buffs to tip him to win the ‘Next Rated’ act at the forthcoming Headies Awards.

Speaking on his career trajectory and his brand of music earlier last year, he said: “I started out when I was around 15. I became a music producer for a long time and then started singing again. I heard a lot of stories about my grand-dad while growing up, that he was a percussionist for legendary highlife singer Celestine Ukwu at a time. I think that’s where the whole thing comes from. My dad was a drummer also. These people were all inspirational to me.” “My sound is afro-fusion, but I don’t like being boxed in some type of way; I’m not that kind of artiste. There are so many influences to my music,” he enthused while describing his brand of music and sound.

Born into a family with deep musical roots in Port Harcourt, his grandfather, a percussionist played in Celestine Ukwu’s highlife band, which is reputed for great highlife hits like Ije Enu, Igede and Money Palava in the 60s until 1976. His father also played the drums though he didn’t reach the heights of his father. This no doubt gave Omah more confidence in music, as he created his own brand of music, Afro-fusion, a blend of Afrobeat and Highlife genre.