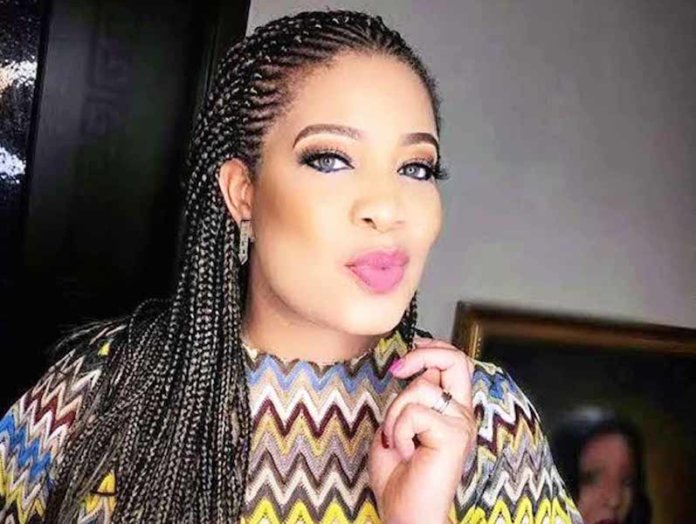 Fans of veteran Nollywood thespian Monalisa Chinda should expect to be fascinated by her upcoming production ‘Graveyard’ which will be available in cinemas this year. The silver screen icon stated this in a recent interview with THISDAY. Graveyard is a slasher film that tells the story of Cheta, a handsome narcissistic, covetous and envious young man who must get anything and everything he wants at all cost even if it means taking out the original owners and burying them in his graveyard mansion.

Monalisa played the role of Agnes, the mother of Cheta. “The movie is at the post production stage. We hope to release this year… no exact date secured yet. Fans should expect to be intrigued firstly by the story – a stray from the norm in Nollywood, to see Monalisa in another light – playing a character that’s not a regular for her, then to see a new talent emerge from this film in the person of Emmauel Momoh. They should expect more of the horror/supernatural/slasher genre from the newly formed production company, Angel and Ninjas Productions, as this is their niche storyline.”

The forthcoming Graveyard is written and directed by Willis Ikedum and co-produced by Monalisa Chinda-Coker. Principal cast of the film project include Bolanle Ninalowo, Uzo Osimkpa and newcomer, Emmanuel Momoh in the lead role.

Lately, the superstar actress has starred in a number of other movies including The Escort, Infant at Heart, The Good Husband, and her own production Catwalq Series. In the latter, she played the character Kima. Others include The Long Weekend, Love Police, and Four Wives and a Mistress.

One could remember seeing her just last year among the cast in one of the movies “The Bling Lagosians”. Over the years, Monalisa has starred in countless movies, assuming various roles in different characters. The Monalisa Chinda brand as a movie practitioner has evolved from when she made her Nollywood debut in ‘Pregnant Virgin’ in 1996 till date.

She has worked out her hands in a couple of other ventures that cut through production to publishing and owning a television talk show, which she sees as natural transition borne out of creativity and force of art. Some of her roles have in reality reflected her character, like in her role in Catwalq.

Monalisa recently signed a mouth-watering deal with Bebuzee, a video streaming service as its brand ambassador.