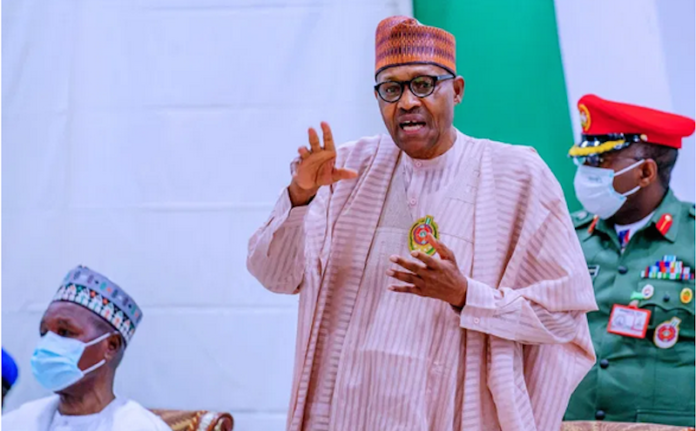 •What is happening in this country will soon be over. This year, we will finish what we are doing; pray for us to succeed

President Muhammadu Buhari yesterday in Abuja assured the nation that the Boko Haram insurrection which started in 2009 would end this year, urging Nigerians to pray for the armed forces who are also undertaking operations against bandits and kidnappers in different parts of the country.

Buhari, who spoke during the Juma’at prayer held in commemoration of the 2021 Armed Forces Remembrance Day at the National Mosque, Abuja, said: “This is a year of action and we will finish what we are doing”.

Represented by the Defence Minister, retired Maj. Gen. Bashir Magashi, Buhari noted: “What is happening in this country will soon be over. This year, we will finish what we are doing; pray for us that we succeed”.

The President said the nation would continue to remember the sacrifices made by members of the armed forces, and should not cease to pray for the repose of the souls of those that paid the supreme price while defending the territorial integrity of the nation.

He assured that the welfare and well-being of the families of the fallen heroes, as well as those who are still alive, would always top the priority list of the government.
The Chief Imam of the National Mosque, Mohammed Adams, prayed for the repose of the souls of the fallen heroes.

He also offered prayers for an end to insurgency, banditry and other social vices besetting the country.
Boko Haram insurgency has claimed thousands of lives in the last 11 years in the North-east, with over two million people displaced.

The killings by the terrorists have continued unabated.
Bandits have also been killing hundreds of Nigerians, particularly in the North-west and North-east. The situation is extremely bad in Katsina, Zamfara, Kaduna and Niger states.
Kidnapping is also big business in Nigeria, with scores falling victims on a daily basis. They now openly collect ransom.