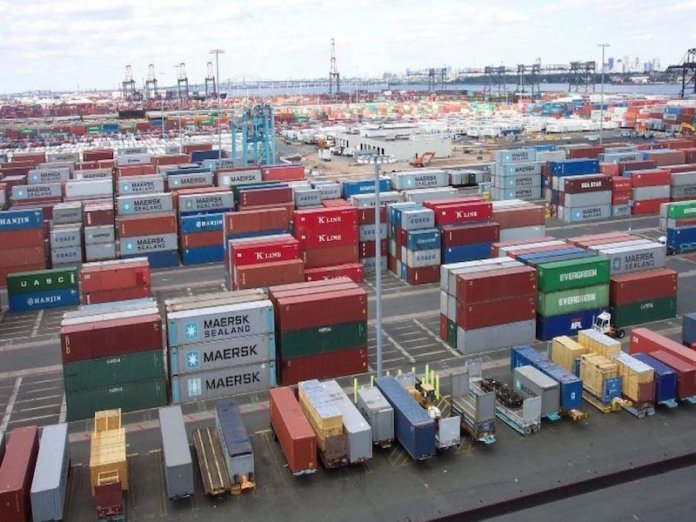 In 2017, the World Bank in its annual Ease of Doing Business Report, ranked Nigeria 145 among 185 countries with Mauritius ranking 32 as the best in Africa. From the report, Trading Across Borders, an indicator for measuring a country’s ports effectiveness ranked Nigeria very low at 183 out of 185 countries.

As part of efforts to reverse this trend, the federal government on June 8, 2017, announced that several agencies including the Standard Organisation of Nigeria (SON), National Agency for Food and Drugs Administration and Control (NAFDAC) and the National Drug Law Enforcement Agency (NDLEA) were no longer allowed to have representatives in the port or partake in the process of cargo clearance.

Also, the government announced that it had concluded arrangement to fix port access roads and provide scanners at the port. These efforts were put in place to enhance clearing process and reduce drastically cargo dwell time. However, almost three years after, the situation has gone from bad to worse.

The agencies that were asked to leave have all retuned to the port, port access roads have become death traps, residents and business in Apapa, once a thriving port city, have stories of death and hours of traffic to tell. Cost of doing business at the ports has risen so high manufacturers are abandoning their cargo at the port.

As a result of the blockage of the roads, millions of containers are trapped in the ports and shipping companies have had to stay at several anchorages for between three to four months incurring all manner of surcharges.
On the average, 100,000 containers carrying various cargos are discharged in Lagos ports monthly, with shipping companies now charging $6,000 to ship a container to Nigeria, it costs shippers in Nigeria $600 million (N234 billion) every month to transport 100,000 containers to Nigeria.

In the first half of last year, it cost $1,000 to ship a 20-foot container to Nigeria from the Far East. Today, the cost charged by shipping lines for the same service is between $5,500 and $6,000.
Due to the massive congestion at Tin Can and Apapa ports, many shipping lines have started diverting Nigeria-bound cargoes to neighboring ports in Cotonou and Ivory Coast.
Importers, THISDAY learnt pay N25, 000 as demurrage per container a day and another N15, 000 as storage fees to terminal operators excluding 7.5 per cent value added tax (VAT).

This amounts to N12.5 billion daily demurrage charges on 500, 000 containers and N7.5 billion storage fees.
Stakeholders believe shipping companies, terminal operators, freight forwarders, security operatives and the Ministry of Transportation, are the ones benefiting from the status quo at the ports.
They argue that the economic loss is not on the government and its agencies at the port or the port operators or even the manufacturers or traders doing the importation.

“The economic loss are all passed on to the end users, the Nigerian people who bear the escalating cost of imports and now have to make tough decisions about what to prioritise.
“If you have noticed, the ports used by the federal government and its partners in the oil industry to export crude oil and gas are not affected by any sort of crisis of congestion and infrastructure deficiency, “said a stakeholder who do not want his name in print.

NSC, Shipping Companies Agreement
In a bid to put an end to the persistent wrangling between customs agents, importers and the negative impact excessive charges is having on the economy, the port economic regulator, the Nigerian Shippers Council (NSC) in 2018 embarked on a mission to get the shipping companies to cut down charges.

The move yielded the needed results as the council signed a landmark agreement wit the shipping companies to reduce charges.
Analysts and stakeholders had applauded the effort positing that the Nigerian economy will be the ultimate beneficiary.
As part of the landmark agreement with shipping companies they were to reduce charges by 35 per cent or N258.38 billion annually.

Confirming the development to THISDAY, the Executive Secretary/Chief Executive Officer of the NSC, Hassan Bello, said he was hopeful the agreement will be signed.

“You know in negotiation you can only be hopeful. We have been negotiating for one and half years. We have a small knotty problem, which we hope to resolve by next week. Some I am hopeful we will conclude with the shipping companies.
“However, we will run the agreed MOU by the Ministry of Transportation, major stakeholders such as; shippers freight forwarders, Manufacturers Association of Nigeria (MAN) and Nigerian Association of Chambers of Commerce, Industry, Mines and Agriculture (NACCIMA). This will take four days, then we will sign the MOU.

“Further, the total reduction would be 35 per cent reduction but the most important thing is we have come up with sustainable mechanism of settling dispute, which means no arbitrary or unilateral fixing of cost at the ports,” Bello said.
Besides the reduction of port charges, he said the Council had also abolished the container cleaning fee hitherto being collected by shipping companies, just as fifteen other port charges were removed from the list of charges.

Bello also said that the moment the MoU comes into effect, the implementation also becomes inevitable.
Customs agents had praised the federal government for the effort adding however that 35 per cent reduction was not enough.
“The most important charge by the shipping companies is the demurrage and their charges are higher than the terminal operators, which is not supposed to be so. The shipping companies don’t have the right to be collecting the charges. In other countries of the world most of those charges are not applicable because they don’t provide services for the charges.

“What they have is just the container and that has been charged to the freight cost already. There charges are contestable and it is a very serious issue. The shipping companies are doing what they are doing because Nigerians don’t go to court, if Nigerians can go to court they will find out that the charges by the shipping companies are illegal, ”said Kayode Fariton, Vice President, Nigerian Association of Licensed Agents (ANALCA)
On his part, the Chairman of the Lagos State Shippers Association, Mr. Jonathan Nicol, said his group would protest the new charges if they fall below their expectations.
He said that the shipping companies must withdraw the court case they instituted against NSC resisting the Council’s demand that they refund certain monies to some shippers.

Despite the enthusiasm that trailed the agreement at that time nothing had been heard about it since then. As stated earlier, things have gone from bad to worse despite the effort of the NSC. Stakeholders have therefore called on the NSC to revisit the agreement and put an end to the escalating port cost.

Customs Petition FG
Customs agents had in a bid to get government’s attention over the matter, wrote a petition to Vice President Yemi Osinbajo and alleged that the shipping companies and terminal operators’ charges on storage contravened Sections 20, 31 and 97 of the Customs and Excise Management Act that limit the days for rent charges and conferred authority to Nigeria Custom to charge rent after specific days by the board.

The agents, in the petition signed by National President of the National Council of Managing Directors of Licensed Customs Agents (NCMDLCA), Lucky Amiwero, stated that duplication of charges such as terminal delivery charges/ terminal handling charges, deposit repayment delays and process procedure that lack regulation of the economic interest in the port.
They stressed that there is the need for the federal government to intervene to address the cost of doing business by a total review of the procedure, process and cost in the ease of doing business.

The Presidential Enabling Business Environment Council (PEBEC), they added, should urgently address the following short falls, which is militating against our import and export trade that resulted to massive diversion of goods to neighbouring ports.Also, the agents called on the federal government to use part of the seven per cent port development levy for the development of port access roads, trailer parks.

According to Amiwero, “The condition of the Tincan Island Port axis of Apapa Oshodi express road leading to the ports is a death trap, big potholes and gridlocks resulting in loss of lives and continued destruction of loaded goods that always fall on cars, trailers and sometime persons.”

He said: “It is a complete setback to trading across borders (TAB) for ease of doing business on trucks that spend weeks to access and exit the ports which result to delay and rejection on most of the fragile export products in international market and high cost in import clearance. “The Nigeria Ports Authority (NPA) is no more in port operation, the percentage collected from the seven per cent Port Development Levy should be used for the development of the trailer parks and port access roads.”

On the increase of revenue collection on the recovery of short levied duties on discrepant cargo as provided under Section 142 of Customs and Excise Management Act, he said: “The discrepant cargo, as covered under Section 142 of the Customs and Excise Management Act and the Import guideline paragraph J are non contraband goods with discrepancy, which is allowable for treatment and issued with demand notice (DN) Section 142-(2).

He said: “The process of clearance is associated with multiple interventions of various alerts headquarters Abuja, CIU, Valuation Gate etc that takes days and increase the cost and time in contravention of WCO Kyoto convention on simplification and harmonisation of Customs procedures.“The Customs procedure should comply with WCO Kyoto convention and (FAL) Convention of (IMO) for Minimisation, harmonisation and simplification of Customs procedure with regards to various checks after release from the Port, (FOU), CG Squad in line with international best practice of One-Stop-Shop process.”