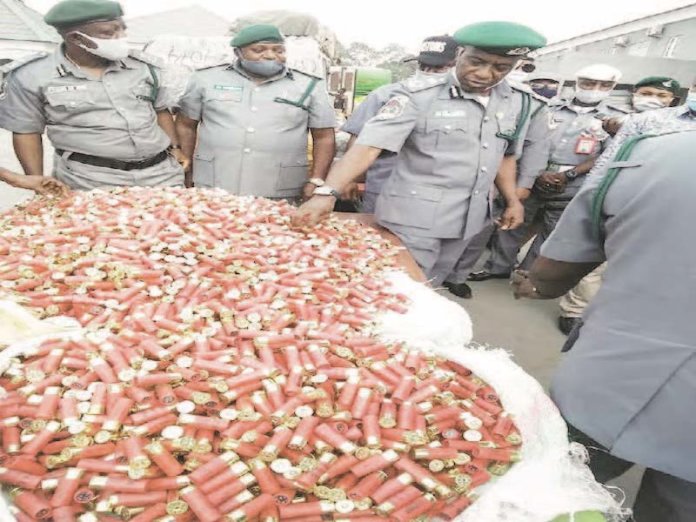 The Nigeria Customs Service (NCS) yesterday said goods valued at about N12.53 billion had been seized by the service as at January 5.

In a statement, Customs Public Relations Officer, Mr. Joseph Attah, listed the items to include 1,401 irregular migrants had been arrested while the total seizures included 159,506.7-(50kg) bags of parboiled foreign rice; 10,447 bags of NPK fertilizer used for making explosives; 1,974 vehicles and 895 motorcycles among others.

He said the priority of the service was to keep the country’s borders safe from any inimical activity that will compromise national interests.

He also said following the gradual reopening of the country’s borders, the Operation SWIFT RESPONSE (OSR) launched in August 2019 to combat smuggling at entry points had now transformed into Nigeria’s Joint Border Patrol Team (JBPT) as part of a tripartite operation, comprising Benin, Niger and Nigeria.

He said the move followed renewed efforts to combat smuggling, irregular migration and other transnational organised crimes along the nation’s borders.

Attah stated that over a year into the operation, the smuggling of illicit drugs and proliferation of small arms and light weapons used to exacerbate violent extremism and terrorism in some parts of the country had been significantly curbed.

He, however, pointed out that with the reopening of the borders for commercial activities, items including parboiled rice, frozen chicken, illicit drugs, among others remained prohibited.

The statement said the National Security Adviser (NSA), Major General Babagana Monguno (rtd), whose office coordinates the joint operations, at the inauguration, applauded the unflinching commitment of the security operatives to the national assignment, and urged them not to rest on their
oars.

The NSA also said the joint patrols would be adequately administered and charged the operatives to display a high level of professionalism during the operation with their neighbouring counterparts.

According to him, Nigeria has a widely acclaimed track record of security operations not just at the ECOWAS level, but the world at large.