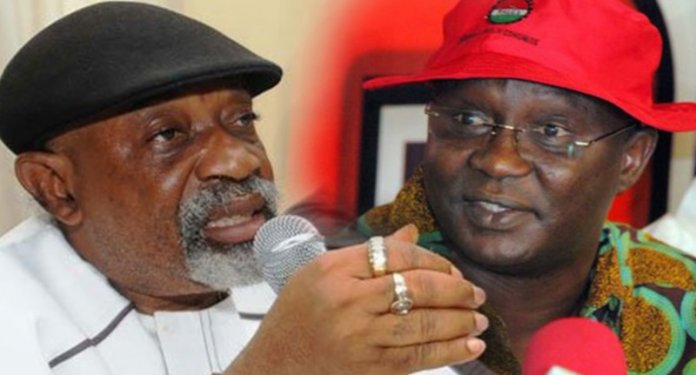 The federal government has summoned a meeting of the Committee on Review of Tariffs and Charges in the Electricity Sector to consider the new pricing of electricity by the Nigeria Electricity Regulatory Commission (NERC), rejected by the organised labour.

Already, the Nigeria Labour Congress (NLC) and Trade Union Congress (TUC) have asked the federal government to reverse the tariff increase or face the consequences.
However, to stave off another industrial crisis, the Minister of Labour and Employment, Senator Chris Ngige, told THISDAY yesterday that a meeting of the committee has been scheduled to address the concerns.
He spoke just as power generation companies (Gencos) called for the scrapping of NERC, describing the industry’s regulator as weak and unable to perform its duty.

Ngige said a meeting of the committee involving representatives of labour, NERC, presidency and ministry officials will take place latest this weekend where the issues raised by labour will be addressed.

“I think the committee on review of tariff in electricity sector will be meeting this week to consider the matter,” he stated.
He, however, added that the processes leading to the approval of the latest increase in electricity tariff is outside the mandate given to the committee, led by the Minister of State, Mr. Festus Keyamo.
While confirming the moves to summon the meeting of the committee in a telephone interview, Keyamo said the meeting would be convened latest Sunday.

“We want to quickly meet and take a decision on the issue this weekend,” he said.
The organised labour had condemned what they described as another killer electricity tariff amidst the soaring inflation and poverty rates in the country.
In a statement by the NLC President, Dr. Ayuba Wabba, the labour movement urged the federal government to reverse the increase or face industrial crisis.

“In light of the heightened burden that this hike in electricity tariff imposes on Nigerian workers and people, we urge the federal government to quickly withdraw this uncanny New Year gift or face an unprecedented industrial resistance by Nigerian workers. Nigerians have bled enough already. We will bleed no more!,” NLC said.
NLC regretted that the tariff increase was announced without recourse to the negotiation process that the government and the organised labour signed up to about three months ago.

Wabba said the hike came in the face of the renewed onslaught of COVID-19 where workers and citizens expend their meagre resources on healthcare both for preventive and therapeutic response to the pandemic.
“Overall, this increase in electricity tariff apart from negating the agreement we reached with government in September 2020, will further imperil our local economy, lead to the loss of millions of jobs by Nigerian workers and trigger wider social discomfitures,” he said.

On it’s part, the Trade Union Congress ((TUC) described the hike as another betrayal of trust.
In a statement by TUC President, Mr. Quadiri Olaleye, the union said it was disappointed by the hike in electricity tariff.
It said the tariff increase will bring untold hardship on Nigerians.

Olaleye urged the federal government to revert to the old tariff or be prepared to face the consequences.
“We call on the government to be responsible for once. Nigerians will like to know what we gained from border closures. Insecurity did not stop, neither did it stop the smuggling of rice and others. You don’t just churn out policies without weighing the pros and cons.

How many people can afford to pay the last bill, talk less of this recent one? The organised labour should not be pushed to the wall because it will actually do all no good. “Government must revert to the old price or be willing to accept the outcome of this decision. This is a betrayal of trust and it is unfortunate,” he said

Power generation companies (Gencos) yesterday called for the scrapping of the Nigerian Electricity Regulatory Commission (NERC), describing the industry’s regulator as weak and unable to perform its duty.
They said despite the powers bestowed upon the commission, indiscipline and contract breaches were still pervading the electricity supply space with the regulator refusing to act at all or taking decisions late.

In the latest biannual bulletin, published by the Gencos, the Executive Director of the Association of Power Generation Companies of Nigeria (APGC), umbrella body of the over 20 generators in the country, Dr. Joy Ogaji, advocated an “independent and transparent regulator.”

The Gencos stated that an industry without a regulator would be far better than what currently obtains with the NERC in charge.
“It is therefore unbelievable and puzzling that not withstanding the overwhelming mandate that is ascribed to NERC, especially under section 96, the sector is bereft of the impact of a strong leadership.

“The somersaults of regulations and others from the commission, the lack of a firm monitoring and evaluation framework, absence of market discipline with predominant non-compliance to industry regulations and governing codes all attest to the assertion that the market or sector may be better off without the regulator,” it said.
The Gencos added that NERC has enormous powers, including the power of monitoring and enforcing non-compliance as enshrined in section 62 (6) and (7), which empowers it to penalise licencees in contravention of the licence terms through licence cancellation.

“Sustainability of the sector is hinged on a regulated market led by an independent and transparent regulator who can ensure that the market is technically and financially viable across value chain, keeping it clear of financial obstacles, benchmarking distributors to reduce losses and ensuring that the viability of generators is not threatened by fuel prices than may hinder security of supply.

“A regulator should be proactive and reactive at the same time, but more proactive to deal with the dynamics and changes to both local and global factors. Experts however argue that NERC has exhibited more reactive than proactive tendencies in discharge of their duties,” the Gencos said.

The power generators also said the supply growth from pre-privatisation to date shows that available generation capacity, which was 3,4275MW, has increased by 135.82 per cent to 8,083MW.
But according to them, the Gencos are only allowed to generate 3.972MW, thus losing an average of 4,111MW daily.
They explained that the foregoing shows that they are not fairing well as they have been made to bear the brunt of the “lacklustre performance of the sector.”

“There is therefore need for a coordinated approach by all stakeholders in the Nigerian Electricity Supply Industry (NESI), a call for knowledgeable experts and technocrats to find viable/apolitical solution, encompassing the value chain,” they stated.