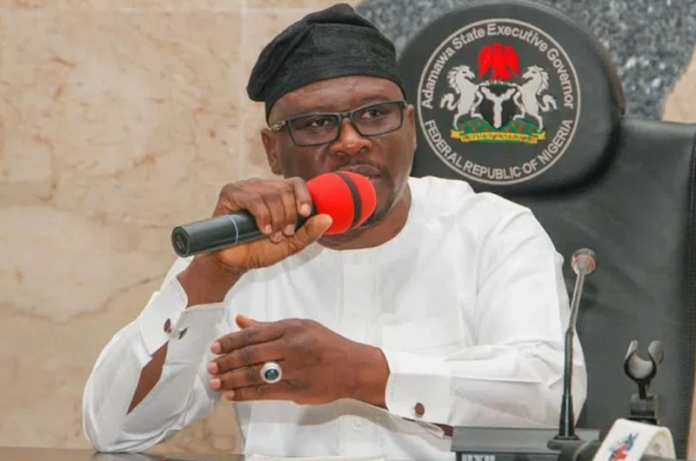 The Adamawa State Governor, Umaru Fintiri, has banned all social gatherings in the state until further notice, following the second wave of the COVID-19 pandemic.

The governor gave the directive in a statement issued yesterday by his Press Secretary, Mr Humwashi Wonosikou in Yola, the state capital.

He noted that COVID-19 is real and is a global health crisis but expressed his disappointment over what he described as the lack of strict adherence to the protocols and measures to reduce transmission of the virus.

The measures include advocacy of behaviours like wearing of face masks, social distancing, washing of hands, and restrictions on public gatherings.

Governor Fintiri used the opportunity to remind residents of the state that the guidelines on the restriction of movement issued in March 2020, are still in force. The governor lamented that mandated measures to reduce transmissions such as advocacy of behaviours like wearing of face masks, social distancing, washing of hands, and restrictions on public gatherings have not been adhered to by the people.

He also notes that the guidelines on Restriction of Movement and Matters Incidental Thereto also issued last year is still in force and advised the public to adhere to the provisions.

According to the press statement, social gatherings of not more than 50 people at a time is also still in force.

The statement said: “The general public is hereby called upon to adhere strictly to the provisions of the guidelines which include;

Compulsory use of face masks in any public gathering or public transport; Social distancing in any gathering; Ensure the washing of hands and the use of sanitisers; Hospitality businesses such as clubs, cinema halls, event centres, conferences and congresses and other similar gatherings with a population beyond 100 remain banned; Movement between 10 pm and 5 am is also not allowed; Leaders at worship centres are therein advised to ensure the use of face mask by all while ensuring social distancing.”

Fintiri, however, pointed out that it has become necessary following the identification of a new variant of the COVID-19 virus and directives in line with safety measures by the Presidential Task Force on COVID-19.

The governor, therefore, warned that “any club, event centre or business premises found contravening this rule will be closed down while security agencies have been directed to ensure strict adherence to these protocols and any other imposed by the federal government.

He appealed for cooperation and support from the general public as efforts are being made to contain the new spike in COVID-19 cases.