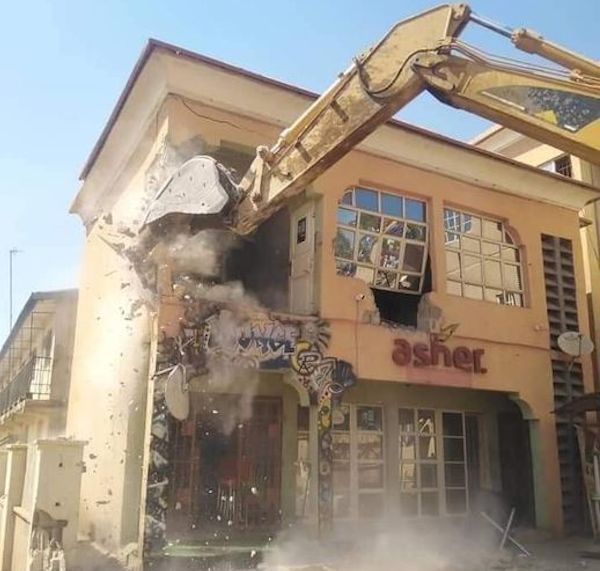 The people of Kukurubi community of Awe Local Government Area of Nasarawa State have lamented the alleged demolition of their 200 houses by Dangote Sugar Refinery in Tunga last Monday.

But the Chairman of Awe LGA, Umar Abubakar Dan-Alkano, has confirmed that the community has been adequately compensated with N15 million, which he said he personally signed the cheque to that effect.

Narrating the ordeal of Kukurubi community in the hands of the Dangote team during the invasion, a member of the community, Francis Yua, told journalists within the debris of the demolition in the community that the management of Dangote Sugar Refinery invaded their settlement with heavy equipment, and destroyed every object around.

He said: “When we asked them why our community was invaded, they told us that a notice to that effect had been given to us, but based on our understanding, no single notice was given to us.

“The matter was in court, and the state Governor, Abdullahi Sule, in his magnanimity, intervened saying we should settle the matter out of court, and we agreed that by the time we finished harvesting our crops and other valuable items, we will be relocated to a new settlement.”

Yua, who was a Senior Special Assistant to former state Governor, Umaru Tanko Al-Makura, lamented that the invasion of his community by the Dangote management, saying it was a breach of the gentleman agreement the community had with both the management of Dangote Sugar Refinery and Awe LGA.

The community youth leader, Abiggy Moses, who also spoke to journalists, narrated that when the Dangote team invaded their community with their bulldozers, felling their houses, and that nobody dared to ask them the reason behind the invasion, as the team was protected with stern-looking soldiers.

According to him, “There was no notice to their invasion and demolition. All our property, including farm produce like yams, soya beans, rice and guinea corn were all destroyed in the houses they bulldozed. 200 houses with property worth N500 million were destroyed during the invasion of our community.”

The village head of the Kukurubi community, Zaki Mchianam Alyeboh, expressed shock that the Dangote team invaded his community, burnt and pulled down houses thereby rendering the people homeless as they now sleep under trees without blankets.

“I am appealing to the Nasarawa State Government and well-spirited individuals to come to our rescue by providing succour to our pathetic condition,” Alyeboh appealed.

Meanwhile, the Chairman of Awe LGA, Umar Abubakar Dan-Alkano, told journalists in Lafia, the state capital, that the Kukurubi community has been adequately compensated.

He said: “All I know is that I signed a cheque of N15 million for the community as the chairman of Awe LGA. We gave them this money almost six months ago.”