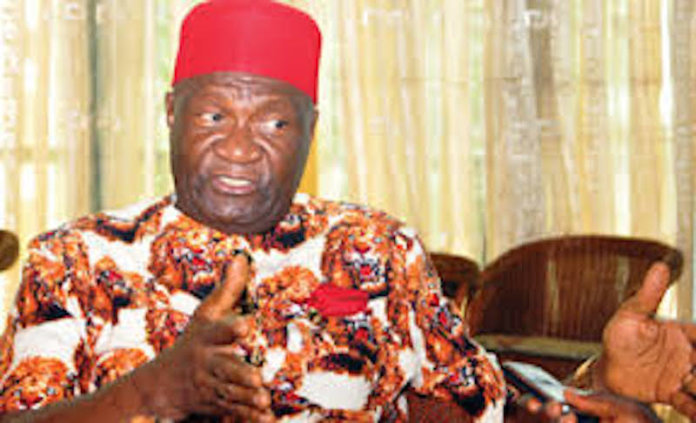 The Southern and Middle Belt Leaders Forum (SMBLF) has appointed the outgoing President of Ohanaeze Ndigbo, John Nwodo as its National Coordinator, with effect from 10th January 2021.

Nwodo’s tenure as the President of Ohanaeze Ndigbo, will end on January 10.

The forum in a statement issued by its leaders, Chief Edwin Clark (Chairman),

According to the statement, ‘’The entire SMBLF rejoices with Chief John Nia Nwodo as he successfully completes his service to Igbo nation as the President of Ohanaeze Ndigbo on the 10th of January 2021.

‘’We are also glad to announce that given the values he carries our Oliver Twists want more of him and have decided to appoint him as the National Coordinator of Southern and Middle Belt Leaders Forum with effect from 10th January 2021.

‘’He shall in that capacity assist the National Chairman of the group officially and carries out leadership functions and duties that would be assigned to him for the progress of the group from time-to-time.

‘’We trust on his sense of responsibility to handle the new task given his track record. Our prayer for him is that God will continue to imbue him with the capacity to function beyond our human expectation of him.’’