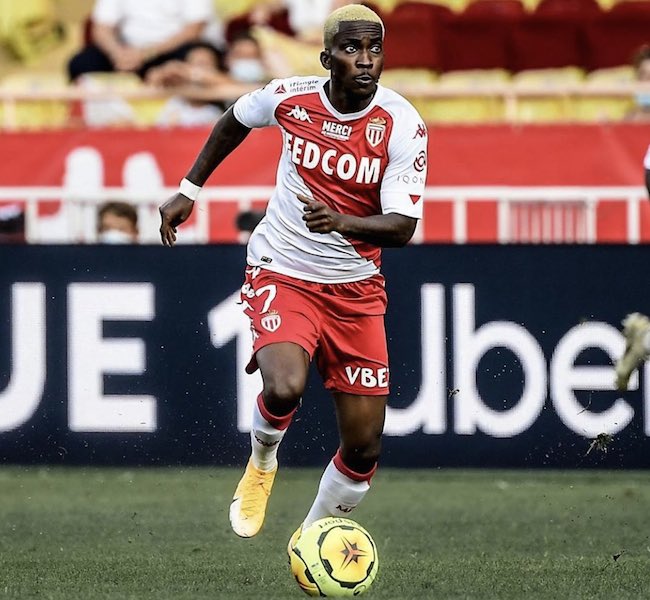 Nigeria’s Henry Onyekuru has admitted signing for Everton was something of a risk but insists he has no regrets about the move as he looks for a move away from his current club AS Monaco in France.

The 23-year-old joined the English Premier League side in 2017 but failed to make a competitive appearance for the club.

He arrived at Everton from Belgian club KAS Eupen on the back of a 22-goal season, but was immediately sent on loan to Anderlecht.

That was followed by another loan this time to Turkish side Galatasaray before sealing a permanent move to French club AS Monacoin 2019.

“The first dream is to play in the Premier League, it may not have worked out at Everton but I have no regrets about it,” Onyekuru told BBC Africa Sport yesterday.

“When I received offers from top clubs in England I knew back then that I needed a work permit to play.

“That it didn’t happen then has nothing to do with my talent but red tape that’s beyond my control.”

Onyekuru revealed he was keen on a move to his boyhood club Arsenal, but aware he faced a familiar huddle – work permit issues- he opted to fulfil his Champions League ambition instead at Anderlecht through Everton.

“I really wanted to go to Arsenal because I spoke to some people there as I was very young then,” he explained.

“It was obvious that I was not going to play without a UK work permit. So I went to Everton and played in the Champions League through a loan move to Anderlecht.

“It was important for me to get more playing time and experience that I had hoped would help boost my chances of earning the permit.

“I can’t say I regretted this because I got to play against Paris Saint-Germain and Bayern Munich in the UEFA Champions League, this doesn’t happen to everyone.”

The winger’s form at Anderlecht led to a call up to the Nigeria team in 2017 by coach Gernot Rohr and he looked set to be part of the Super Eagles team at the 2018 World Cup.

Playing in Russia would have boosted his chances of securing his permit to work in the United Kingdom and play for Everton.

However the knee injury he suffered while on loan at Anderlecht meant he was unable to prove his fitness in time for the World Cupand ultimately meant he did not make the required appearances for a UK work permit.

“You can’t question certain things in life, playing at the World Cup was not meant to be,” he insisted.

“If that had happened, maybe I could’ve ended up playing in the Premier League but we will never know.”

Instead after the World Cup he was loaned out again this time to Turkish giants Galatasaray where his 16 goals and six assists helped the club to domestic double.

His success and performance in Turkey earned him a spot in Nigeria’s final squad for a major tournament at the 2019 Africa Cup of Nations in Egypt.

Onyekuru’s solitary appearance came as a late substitute in the semi-final defeat to Algeria, an experience which left him somewhat disappointed.

“The tournament left a bitter-sweet taste in my mouth because we finished third in my first competition with Nigeria,” he admitted.

“I was a little bit disappointed because I was in good form, I had just won the league and cup double in Turkey but the coach (Gernot Rohr) had a choice to make.

“Nigeria has several talented players and I understand I will have to continue to fight for a place.

“I just decided to go back to proving myself all over again at my club.”

If the plan was to win over legions of doubting Thomases, via the French Ligue 1, it clearly has not worked out.

He has managed just four appearances for Monaco this season, with the last coming as a late substitute in the 2-1 away defeat to Rennes in September.

Desperate to establish himself at club and international level, Onyekuru is aware of what he needs to do.

“I think it was sudden and I had no idea about the move,” he added.

“It was all decided between both clubs in two days and I had to rush down to Monaco to complete the transfer.

“Unfortunately I didn’t get much playing time. I think there’s more to it.

“I am not someone to make excuses about life or football, but I think the manager has a different plan and I am probably not in that plan.

“I’ll definitely be leaving in January for football reasons, so I can return to the form I need to be in.”