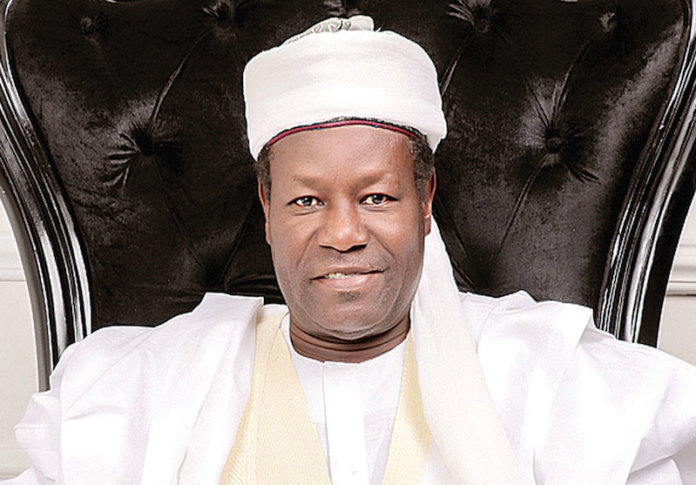 There was no question he had some of those traits of a creative genius. At a teenage age, he had demonstrated palpably, in literal and conceptual terms, that his life would be about the motion picture, the broadcast industry.

But it was at Nigerian Television Authority, NTA, Lagos, that his exemplary skill became crystal. Here in 1988, he would create Nigeria’s first authentic, world class television breakfast programme called Morning Ride. But he didn’t only create the programme, he produced and presented it. Morning Ride became an aesthetic symbol and totem of professionally produced tv shows by a creative new generation in Nigeria .

This inventive character with an unbridled appetite to be different is Mallam Nasir Danladi Bako, better known in the broadcast environment as Danladi Bako. With Morning Ride, he changed the story of NTA. His posh persona, his stately presentation, refined language and nuances, plus a true-to-life mood brought, arguably for the first time, many Nigerian elites to sit in their homes to watch a local TV magazine programme .

Danladi’s mind is incisive, he is celebral ; if anyone therefore thought that Morning Ride was a fluke, he created and directed SPACS, an ambitious action drama series that added a new directorial dimension to Nigeria’s concept of drama and story-telling.

NTA illuminated Danladi’s intellective pathway and placed him in the reverred pantheon of exemplars. For many of his bosses, he was a young man in the eye of time. NTA then would only be one of the transit technocracies for the English Language graduate whose mind, body language and spirit seemed cast for a higher calling.

In 1994 , he would be transferred to the National Broadcasting Commission, NBC, as an Assistant Director. Here, within a space of five years Danladi established his distinctive character not only as an innovative working man but an administrative maestro. He seemed cloned for the post of the Director-General of this regulatory agency which he indeed attained in 1999. And quickly he established his style as one without space for theatrics that tended towards the banal . He had an unquenchable thirst for raising the bar. And so, the NBC’s bienial Conference of Africa Broadcasters, AFRICAST, which at best, had been shadowy, was reinvented and became a confluence of African highbrow broadcasters and movie practitioners with scholarly, forward-looking themes and conversations. Within three yearsDanladi transformed NBC from a quaint lame regulatory voice to a vibrant picturesque agency with rolling ideas for a strong, stable and biggish future equipped to meet the exigencies of a nascent digital era.

It was not therefore surprising that Africa’s broadcast world and Nigeria’s motion picture industry, Nollywood, froze when on that sunny evening in December 2002, the news snuck in like a bad rumour. Danladi Bako, the swank, upmarket DG, had voluntarily resigned from NBC. It was hard to believe but it was indeed a startling reality.

His next port of call would be the unchartered waters of Nigerian politics, a place where pursuit of excellence has no value and where the prize for brilliance is, at best, isolation. And the ace broadcaster would meet both the beautiful and the flip side of politics Nigeriana.

On Thursday, May 14, 2020, 18 years after his audacious resignation from NBC, we had an encounter with this portrait of innovative broadcasting.

His odyssey had taken him from politics to the academia. Danladi Bako had bagged a PhD in Development Communication from Ahmadu Bello University Zaria in early 2020, having completed his dissertation in November 2019.

This academic distinction seems a befitting climax for a journey that began on Sunday, September 1, 1957 when he was born to an upper middle class family in northern Nigeria.

Growing up in Sokoto, Kano and Kaduna, Danladi attended primary and secondary schools between 1963 and 1973 before proceeding to Ahmadu Bello University where he obtained a Bachelor of Arts, BA(Hons) in English Language in 1978 at only 20 years of age.

Before setting out for his university programme at 16, he had a stint in broadcasting, working as Reporter/Announcer at Radio Nigeria, Sokoto. It was within this brief period at the broadcast station that he exhibited great peculiarities and flickers of ingenuity that would proclaim his path at dawn. This explains why he was head hunted by NTA Sokoto immediately after his National Youth Service Corps, NYSC, in 1979.

Even though, he was only 22, he arrived the station with an atypical but exceptional agenda to push the boundaries of creativity and accentuate the quest for excellence. Within two years, 1980 and 1981, he had won the Best Newscaster and Best Producer of the Year awards respectively. By this time, both at the national Headquaters of NTA and the states’ TV stations, there were delightful acoustics about a new kid on the arena, a young man that seemed to inspire the awaited momentous changes in the science of sound and picture.

Danladi would be sent to England by NTA for an Advance TV course having acquired his MSc in Mass Communication at the University of Lagos in 1981. On his return from the United Kingdom he was posted to NTA Headquarters in December 1983 as a Grade Level 12 officer . He proceeded to Lagos perceived as a rare breed with an inspiring assignment to pursue his avante-garde creative dream and to be the poster boy showcasing the distinctive badge of a new generation of content producers.

His creation and production of Morning Ride was therefore both heraldic and symbolic. Still it was a banner that announced his impeccable originality and arrival on the big broadcast stage. Having produced several programmes including the very popular comedy series, Second Chance and supervised the production of many others, the name Mallam Danladi Bakobecame synomous with upscale productions on NTA. He had made his creative point. He had run an incredible career race. It was time to move on.

His progression to NBC, the impact on the annual conclave of Nigerian and African broadcasters and his futuristic handover notes that point to the vistas of a racy digital development within the motion picture horizon attracted not only ovations but garbed him with the toga of a Nigerian to watch.

The advent of the consummate broadcaster into politics was seen by many as the next level. His bold and popular quest to represent Sokoto Central Senatorial District in the 2003 general elections could however not materialize despite endorsements by youths and intellectuals who saw his pedigree as an inspiration.

For the dreams he nursed from childhood , to be a Doctorate degree holder, a Diplomat, a political figure, perhaps one or two of them, Danladi would perhaps feel accomplished thus far despite his leaving the NBC considered untimely by many of the broadcast industry watchers. He has been a Commissioner in Sokoto state. He was Chairman, Media/Publicity, for the Yardua/Jonathan Presidential Campaign. He was a member of the Board of Cross River Basin Development Authority in 2004 and remains a member of the NBC Board. And to crown it all, he has acquired a doctorate degree. “I would not have had the time to do all these if I remained in NBC. I guess for everything, there is time and season”, he said.

Indeed Dr Nasir Danladi Bako is enjoying the magistracy of his office as an academic and a communication expert. He is actualizing his dream of adding value to the development of his country. In recognition of his contributions, the NTA poster- child, headliner and master of iconic, flagship programmes was awarded the national honour of the Officer of the Order of the Niger, OON.

It wouldn’t be anecdotal then to say that Dr Nasir Danladi Bakois indeed a fulfilled professional. There is no question however that the future still holds so much promises and possibilities for this accomplished and distinguished Director, Producer, Administrator and scholar who epitomizes the creative genii of a broadcast generation.