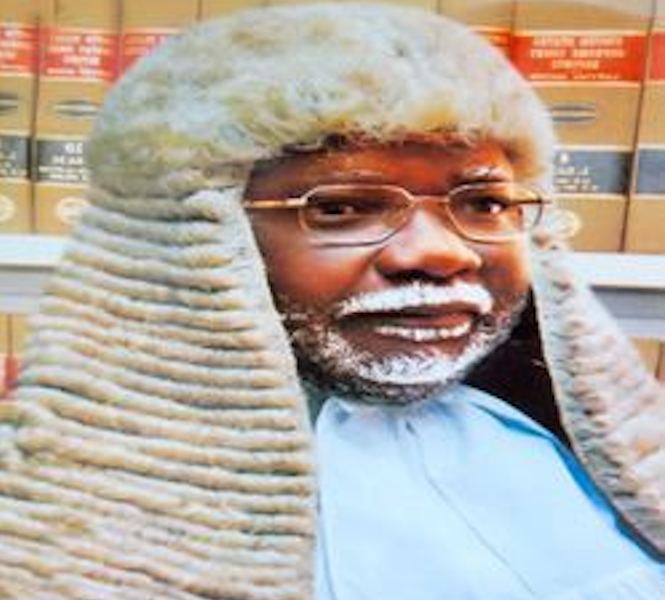 Between   OSAYEH IMIEKA APPELLANT   And   FEDERAL REPUBLIC OF NIGERIA RESPONDENT

The Appellant and a certain Friday Uwadiea, were arraigned before the Federal High Court, Abuja on a three-count Charge of Conspiracy to transport 499.4 kilograms of Hemp, otherwise known as cannabis sativa, without lawful authority; thereby committing an offence contrary to and punishable under Section 14(b) of the National Drug Law and Enforcement Agency (NDLEA) Act, Cap N30 Laws of the Federation of Nigeria (LFN) 2004. The first and second counts were against the said Friday Uwadiea as the 1st accused person alone, while the third count as above, which relates to conspiracy to transport cannabis sativa unlawfully, was proffered against the Appellant and the other accused person. They both pleaded Not Guilty to the third count.

At the trial, the Prosecution called six witnesses and tendered exhibits. Upon the close of the Prosecution’s case, the Appellant made a No Case Submission on count three. This No Case Submission was however, overruled by the court, further to which the Appellant testified in his defence. Upon the conclusion of trial, parties were directed to file their Final Written Addresses. The Respondent failed to file its address, while the Appellant duly filed and adopted same. In its judgement, the trial court found that the Prosecution failed to prove the offence of conspiracy (with which the Appellant and the other accused person were charged), beyond reasonable doubt. The court, nonetheless, convicted the Appellant for the offence of aiding the transportation of cannabis sativa, and accordingly, he was sentenced to 10 years imprisonment.

Dissatisfied with the decision above, the Appellant unsuccessfully appealed to the Court of Appeal, which affirmed the decision of the trial court. Hence, the further appeal to the Supreme Court.

Of the two issues formulated by parties for determination, the Apex Court utilised the sole issue below, in its determination of the appeal –

Whether in the circumstances of the appeal, the lower court was right to affirm the conviction and sentence of the Appellant for the offence of aiding, which the Appellant was not charged with, and not being a lesser offence.

Counsel for the Appellant submitted further that, by Section 36(6)(a), (b), (c) and (d) of the Constitution of the Federal Republic of Nigeria, 1999 and Section 215 of the Criminal Procedure Act, a valid arraignment of the Appellant for the offence of aiding the transportation of cannabis sativa, is very fundamental. Failure to take his plea on this offence, which is not a lesser offence to conspiracy in view of the unambiguous provisions of Section 14(b) of the NDLEA Act, should have entitled the Appellant to a discharge and acquittal, as the trial was a nullity – OKOLIE v STATE (2012) All FWLR (Pt. 607) 770. Counsel contended that the common ingredients of the offence of conspiracy, aiding, abetting and attempting to commit an offence under Section 14(b) of the NDLEA Act is – mens rea – the intent which leads to knowledge and actual participation in the commission of the purported crime. He argued that the lower court having found that the Prosecution failed to prove the offence of conspiracy against the Appellant, he ought to have been equally discharged of aiding, which offence is also anchored on intent.

Responding to the submissions above, counsel for the Respondent referred to Exhibit PW4B, the statement said to have been made earlier to the Police by the Appellant. Counsel argued that it is a confessional statement, which is direct, positive and unequivocal, as to the participation of the Appellant in the transportation of the cannabis sativa. He reiterated the position of law, that an accused person can be convicted solely on his confessional statement – IKEMSON v STATE (1989) 1 CLRN 1 at 22. Counsel submitted that the statement made by the Appellant was amply supported by other pieces of evidence of the Prosecution witnesses. Regarding the submission on discharge of the Appellant for conspiracy to transport cannabis sativa, and convicting him for aiding the same offence, counsel posited that a trial court and an appellate court have the power under Section 179(1) of the Criminal Procedure Act, to substitute a conviction for a lesser offence on a charge for an offence containing several particulars, where only such particulars which make up the lesser offence is proved. Further, where an accused person is charged with an offence and it appears in evidence that he committed a different offence from which he might have been charged, he may be convicted of the offence which he is shown to have committed by the evidence, regardless of the fact that he was not charged with that particular offence – ADAVA v STATE (2006) All FWLR (Pt. 311) 1777. He argued that findings and conclusions of the trial court could not be faulted in law, as it was derivable from the case put forward by the Prosecution; hence, it was safe to convict the Appellant for the offence of aiding and abetting the transportation of cannabis sativa.

The Supreme Court prefaced the determination of the appeal with the definition of conspiracy as an agreement between two or more persons to do an unlawful act, coupled with an intent to achieve the agreement, objective and action, or conduct which furthers the agreement. It is a separate offence in itself from the crime, which is the subject of conspiracy – ADESINA KAYODE v THE STATE (2016) 7 NWLR (Pt. 1511) 119. The offence of Aiding and Abetting came about, as a means of deterring people from helping criminals get away with crimes committed by them. A person may be charged with the crime of aiding and abetting, even though he was not present or physically assist during commission of the crime.

The Apex Court held that the Appellant in this case, was not charged separately with aiding and abetment; he was only charged with conspiracy with the 1st accused person, which the trial court found that the Prosecution failed to establish. Offences of aiding, abetting, counselling or acting as an accessory to the commission of any act or offence referred to in the Act, are separate offences which must be preferred against any person suspected to have committed any of the offences. The offences are separately mentioned in the law, and are therefore, not mere lesser offences to the offence of conspiracy.

Etukwu Onah, Esq. for the Respondent.