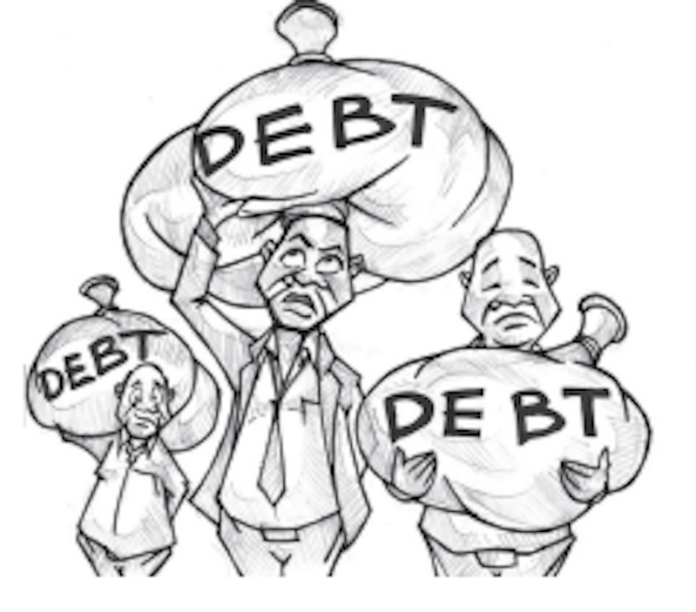 The spate of borrowing is excessive

From the World Bank to the African Development Bank, to the Islamic Development Bank and Chinese Exim, Nigeria is becoming one of their biggest customers. But what we are piling up in these institutions are not assets but humongous debts. In the earlier 2021 spending plan that has been jacked up by the National Assembly, a sum of N3.12 trillion was proposed to service debt in 2021, representing a 9.09% rise when compared to N2.86 trillion approved for the year just ended. That figure is now expected to hit double digits given dwindling resources amid growing expenditures.

In a recent presentation to the Senate Committee on local and foreign debts, the Minister of Finance, Budget and National Planning, Zainab Ahmed projected that the country’s total public debt will hit N38tn by December this year. The federal government of course remains fixated about debt to GDP ratio, even when there are no repayment plans in place. Meanwhile, the security challenge is making productive activities difficult in most theatres across the country.

We concede that borrowing may be inevitable, especially at a period like this. But there are serious concerns at the rate these debts are being piled up. Aside the fact that the funds are not being deployed into projects that generate income, borrowing should not be done in such a way to mortgage the future of the country.

Experts within Nigeria and multilateral lenders have continued to advise against increased borrowing and mounting debt, amid plummeting revenues. The Monetary Policy Committee (MPC) of the Central Bank of Nigeria (CBN) has in recent times sounded note of caution that the federal government should not hide under the mantra of debt-to-gross domestic product (GDP) ratio for debt accumulation. In its 2020 macroeconomic outlook, the Nigeria Economic Summit Group (NESG) also stated that “Nigeria’s mounting debt profile is a major concern despite the country having about $900 billion worth of dead capital in properties and agricultural lands (PwC Nigeria, 2019).”

While we understand the funding challenge that has now been compounded by COVID-19 and collapsed oil prices, the federal government must understand that we cannot borrow our way into prosperity. To tackle the revenue challenge, the NESG has reaffirmed the recommendation of several other stakeholders that the federal government should consider unlocking finance and economic growth by the commercialisation or privatisation of many dead capital/assets. They include the National Arts Theatre; the national stadia in Lagos and Abuja; Tafawa Balewa Square, Lagos; and the Federal Nursing Hospital, Ikoyi, Lagos, and several others.

We hope the federal government will consider the counsel of critical stakeholders in both the public and private sectors on the need to build fiscal buffers against the growing impact of the country’s high debt profile. Sadly, there are bigger challenges in many of the 36 states. The current governors on assumption of office complained of inheriting heavily indebted states on account of funds taken from the capital market by their predecessors. But many of these governors have also gone to secure their own loans which they also expect future governments in their states to repay. Aside the fact that many of the states can hardly meet their routine obligations after servicing their monthly debts, most of the loans were not deployed to tangible projects.

While it is understandable that the federal government would borrow to bridge the huge infrastructural gap in the country, there are growing concerns about repayments. It is therefore incumbent on the authorities in Abuja and the 36 states to reflect on the implications of the debt burden on the future of our country.