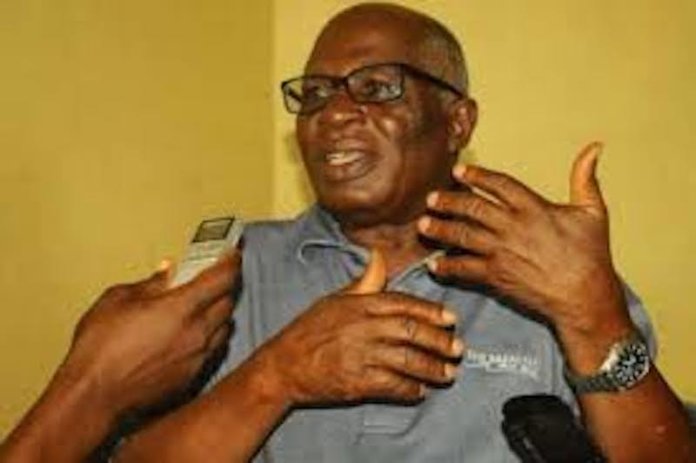 An Emeritus Professor of Political Science, University of Ibadan, Prof. John Ayoade has said the Federal Republic of Nigeria, as currently being referred to, is neither federal nor republic.

Ayoade, a member of the 2005 National Political Reform Conference (NPRC) and Director of Studies of the defunct Centre for Democratic Studies (CDS), justified his position on the ground that the governing document of the federation lacked foundational philosophy, an essential ingredient that defines a republic.

He expressed these views on Arise News Channels, the broadcast arm of THISDAY Newspapers Group on Thursday, pointing out diverse reasons the National Assembly should not continue with the amendment of 1999 Constitution (As Amended).

At different times since 1999, socio-cultural leaders, minority groups, pro-democracy activists and academics, among others, had called for an entirely new constitution.

However, none of the efforts aimed at replacing the 1999 Constitution (As Amended) yielded positive outcome due to the claims and counter-claims of inserting a third term under the Obasanjo administration and perhaps due to Jonathan’s failure to win reelection.

According to him, the nation is neither federal nor a republic in the real sense of it.

“That is basic. What we have now is not a federal constitution. It is not a republican constitution”, he explained.

“The 1999 constitution cannot guarantee a democracy for Nigeria in its present state. That is why I think those two flaws are very important and must be addressed.

“Third, the 1999 constitution has no foundational philosophy. It does not really tell us where we are going or where we want to be at any point in time. It is a constitution that is written just for the sake of governance.

The emeritus professor faulted the argument that throwing away the 1999 Constitution for an original governing document would create a vacuum in the federation.

Ayoade said throwing out the document for a new one midwives by the people “does not leave any vacuum. Because it belongs to the people, the people must be involved in such a way that their interests are guaranteed.

“The communities, which we call states, must be able to decide their own future, govern themselves and decide which way they want to go. As at now, the states are not free.

Ayoade, also, faulted the National Assembly for attempting to amend the 1999 Constitution (As Amended), an exercise, which he argued, would be carried out only in their interest.

He likened the National Assembly to a marketplace, which according to him, was not the right environment for the task of writing an original constitution for Nigeria.

He argued that a constitution “cannot be written in the marketplace. The noise will be too much. Aside, there will be a problem of coordination. For this reason, the National Assembly cannot write the constitution for us.

“From what we can see, people personalise issues rather than divorce themselves from those issues. For these reasons, the National Assembly is the least qualified to write an original constitution for Nigeria,” the emeritus professor explained.

Ayoade argued that any person or a group of persons that would benefit directly from the constitution “should not be the one to write such a document. Otherwise, they will write it for their own good alone.

Rather, he proposed that a constitution should be written by fewer people, who have knowledge of Nigeria and who know Nigeria enough to be able to ascertain what Nigerians need and what Nigerians want.

In order to achieve this goal, he observed that Nigeria “does not need an assembly of over 400 people to do that for us if we must get things as a federation.

He agreed that a new constitution would require educating both the general public and the operators about the constitution.

He explained that the reality today “is that even the highest level of the political class operates with hazy knowledge of the constitution which some members learnt through hearsay or oral tradition or even through the wishes of primordial groups to which they belong.

“Second all citizens and political leaders will need to be sensitised and conscientized to the purpose and intent of the constitution as well as the rights and obligations of all under the constitution.

“The original purpose for a Centre for Civic Education was to create both political and constitutional literacy. Unfortunately it was deformed and turned into a propaganda machine for the Government.

“What makes a government functional and popular is not the tons of jingles but the solution of socio-economic issues,” he said.