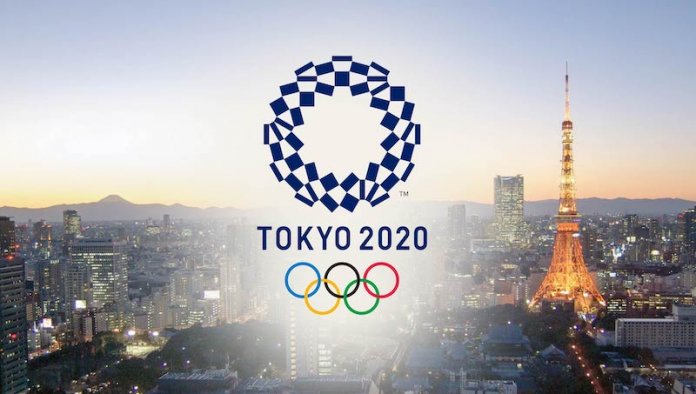 With very little to cheer in the just ended 2020 due to the devastating effects of Covid-19 on global sports, Nigerians with bias for the sector are anticipating a turn around. DURO IKHAZUAGBEwrites…

memories of the Coronavirus ravaged 2020. Barely hours into 2021, the sporting community here is full of expectations for Team Nigerian athletes to do the country proud at Olympic Games in Tokyo, Japan. The quadrennial Games was moved by one year from last summer to June/July in the wake of the global pandemic that lockdown all sporting matters for nearly seven months from March to around September. It was the worst period for sports globally. Going by history, what the Covid-19 pandemic has done to sports globally is what the Spanish Flu did over 100 years ago.

But before the Tokyo Games, the National Sports Festival that suffered similar postponements just like the Olympics is the first to captivate the attention of Nigerians as over 11,000 athletes are going to converge on the Edo State capital. Although there are feelers from Benin that a fifth shifting of the festival to February is imminent due to the second wave of the pandemic creating tension with the figures released daily by the Presidential Task Force on Covid-19, It however remains on the calendar as the first major sporting events to hold in the country after the lifting of the ban on sports.

While several other qualifiers for the various sports Nigeria is planning to participate in will be having their qualifiers this year, it will not be out of place to refresh memories of what Covid-19 did to the country’s sports in the just ended Year.

Most states in the country were on the verge of hitting the road to Benin City to feature in the 20th NSF scheduled to kick off at the newly refurbished Samuel Ogbemudia Stadium when Nigeria had the first case of the Covid-19. Given the frenzy that enveloped the world at the time, it would have been foolhardy for organizers of the Festival to proceed. That effectively caused the shifting of the Festival till a convenient time.

Football generally regarded as the ‘King of Sports’ in the country suffered similar fate as other sports. The country’s topflight NPFL that had only witnessed Match-day 25 as at March had to wait till when the PTF gave the green light. Even at that, LMC, the organizers of the league, had to adopt a formula to end the season.

After consultations with all stakeholders, majority of premier league clubs voted to end the season prematurely and decided final placings based on a Points Per Game (PPG) system. That strategy favored Plateau United to emerge tops, followed by Enyimba and Rivers United. Despite lifting ban on contact sports to return, the NPFL was bedeviled by other things. It failed to restart even as all leagues in Europe and elsewhere were in full throttle. Several other leagues in Africa returned with no crowd in their games.

It was not until few days after Christmas that the NPFL played first matches of the 2020/21 season. Match-day 2 games are scheduled for this weekend. All three Nigerian teams in continent campaign gave below par performances in both the CAF Champions League and the Confederation Cup. Plateau United were the first to exit the Champions League at the preliminary stage while Enyimba are also on the verge of suffering similar fate to drop to the second tier Confederation Cup. After beaten 3-0 by Al Merreikh in Omdurman, Sudan, if the People’s Elephant are unable to overturn the defeat in Aba, they will be bound to join Rivers United in the second tier Confederation Cup.

Rivers United however have more prospect to get to the group stage of the Confederation Cup.

The sorry state of the country’s football was repeated at the senior level as Super Eagles capitulated after racing to 4-0 lead against Sierra Leone in the AFCON 2022 qualifier in Benin City. They were pegged back to give the Leone Stars a share of the points at stake. The reverse fixture didn’t bring Nigerians cheering news as Eagles without such regulars as Wilfred Ndidi and Victor Osimhen were held to a draw in Freetown. For the first time in several decades, the three-time African champions failed to win any match in a year! The friendlies against Algeria and Tunisia in Austria leading to the AFCON 2021 qualifiers signpost what to expect as Gernot Rohr’s wards were beaten by the odd margin by Algeria and drew with Tunisia. Although Super Eagles are still in control of the group, the wide advantage has been reduced to just one point at the top.

Nigeria will however play some of the 2022 World Cup qualifiers in this new year, hoping to have exorcised the spirit of failure that produced the poor results in the Covid -19 year.

With the promise of getting the two national stadiums in Abuja and Lagos ready through the Private/ Partnership arrangement put in place by Sports Minister, Sunday Dare, who knows, if that is the magic that may turn around the fortunes of Eagles for good?

In age grade football competitions, seven times African champions Flying Eagles were kicked out of the U20 AFCON qualifiers.

One sport that however gave Nigeria something to cheer was basketball. NBBF under Musa Kida reinvented the game and its administration. First they brought in NBA Golden State Warriors’ Assistant Coach, Mike Brown, the new head coach of the Nigeria men’s basketball team through the Olympic Games.

Although the financial details of Brown’s emoluments were not made public, NBBF accepted the arrangement that allows Brown to retain his NBA position with Golden State while managing the Nigeria team on a part time basis.

When the pandemic forced the postponement of the Olympic Games, that arrangement changed and Brown took charge of the team for the first round of the Afrobasket qualifiers, leading them to a post-pandemic break clean sweep of three wins from three. Nigeria is the only team in Africa whose male and female teams qualified for the Games in Tokyo.

Nigeria’s profile has continued to soar in global basketball with the resurgence engineered by Kida. For the first time ever, a historic number of players of Nigerian descent were selected in two of the major sporting leagues in the USA.

In the NBA, a total of nine players with at least one parent from Nigeria were selected in the 2020 Draft. That includes two that were born in Nigeria, Precious Achiuwa and Udoka Azubuike.

Earlier in the year, the NFL Draft featured a similarly historic number of players of Nigerian origin, with 10 drafted, including Jeff Okudah selected number 3 overall by the Detroit Lions.

In other sports, Israel Adesanya further endeared himself into the hearts of Nigerians through his wins in UFC’s Middleweight fights. He destroyed Paulo Costa on the way to defending his UFC Middleweight title.

Adesanya’s confidence, style, poise and sheer destructive power had the MMA world in absolute awe, and left Costa’s career in tatters at UFC 253 in September.

Despite being the middleweight champion of the world, and having swept through the likes of Robert Whittaker and Kevin Gastellum, there were many who still did not give Adesanya his due, disrespectfully referring to him as all hype though.