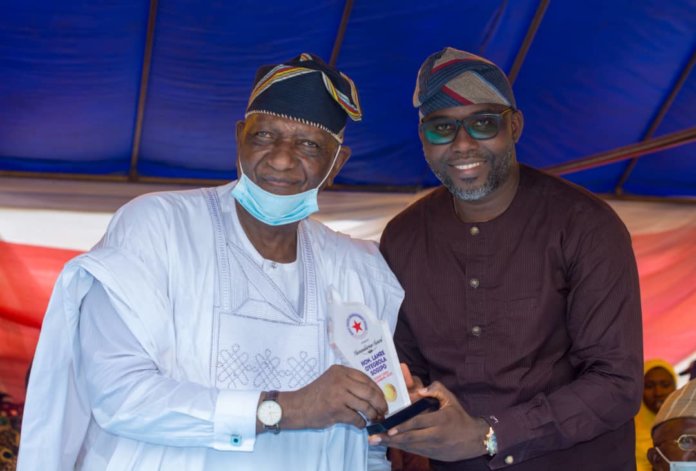 A leading aspirant for the chairmanship seat of Abeokuta North Local Government in the forthcoming elections, Lanre Oyegbola-Sodipo (LOS) on Wednesday, 23rd December 2020 delivered a fully renovated and upgraded Imala Model Health Centre in response to the residents’ pressing needs and furthering the works of His Excellency, Prince Dapo Abiodun to deliver a better health care for all and sundry.

The project implemented by the LOS Development Foundation, is the most recent in a long list of community projects embarked on by LOS, in fulfilment of his long-standing commitment to sustainable, humanitarian developmental projects in different Abeokuta North LG communities.

Speaking at the event, Lanre Oyegbola – Sodipo said, “the initiative was birthed during one of our consultative visits to the Oke Ogun division a few weeks ago which afforded us the opportunity to learn more about development – oriented issues in order to meet the expectations of the people.

While at Imala, we noticed that the health centre which is the public maternity facility had suffered some neglect structurally, lacked basic equipment and unfortunately, being the only one in the community, made it difficult for the residents to access the most mundane healthcare service.

The dilapidated health centre had no potable water, hospital beds, toilet facilities and most importantly, no Blood Pressure apparatus. Immediately, we ordered and donated two sphygmomanometers and promised to rebuild the facility in order to stop the unnecessary loss of lives within their community. And today, by God’s grace, that promise has been fulfilled as we are here to hand over the renovated and upgraded facility to the community.“

One of the special guests and a quintessential elder statesman, Hon. Adekunle Adeshina commended the efforts of LOS at delivering a better livelihood to the Imala residents. In his own words, “It is not everyday that you meet young people who aspire and carry out people – centred projects. Therefore, I congratulate Abeokuta North for producing a unique son whose desire is for the common good. I pray that as you have renovated this health centre, you will also build a university here for our people.”

In the same vein, High Chief Fatai Bodunrin, a foremost APC chieftain declared that Oyegbola – Sodipo is a true son of Egbaland and is worthy of emulation, considering the numerous worthwhile humanitarian projects he has completed in recent times.

“In addition to the rehabilitation and upgrade of Imala Health Centre to a model in this environment, LOS trained our youths through his free skill acquisition and empowerment programme in collaboration with Redeemed Initiative for Skills and Empowerment (RISE) on various skills ranging from paint making and application to the production of disinfectants, dusting powder, skin care cream, toilet and dish washing liquids.

Miss Adebesin Sofiat, one of the beneficiaries of the programme expressed her gratitude to the chairmanship aspirant for the opportunity to partake in the first ever skill acquisition programme, especially as it also provided empowerment.

It will be recalled that during the peak of COVID-19 in the state, LOS presented 20,000 face masks to Abeokuta North residents as complementary to the state government’s efforts in curtailing the community spread of Coronavirus.

In commemoration of the global hand washing day and to curb the Coronavirus pandemic, he taught the pupils of Abeokuta North Local Government Primary School, Oke Ago Owu, how to wash their hands properly and donated hand wash paraphernalia to further imbibe the culture.

During the lockdown in April, he distributed food palliatives to Oke Ona residents at the Sodipo ancestral home in Ikereku and other locations outside Abeokuta North Local Government Area.

Interestingly, these efforts are a demonstration of LOS’ strategy to grow local commerce through the localization of contracts. It will also create communal wealth by empowering and patronizing our youths and strengthen the ISE YA agenda of His Excellency, the Executive Governor of Ogun State, Prince Dapo Abiodun.

The handover ceremony had in attendance the SA to the Governor on Women Affairs and Social Development, Adijat Oladapo – Adeleye, top business and political leaders, government dignitaries, community leaders and Imala residents.

From being the founder of one of the most sought-after galleries in Nigeria to being a cultural ambassador to the world, Chief Nike Okundaye is an embodiment of native sophistication occasioned by a life of resilience and self-refinement. Yinka Olatunbosun reports on the Christmastide launch of her memoir titled “Bata mi Adun Koko Ka”

The memoir’s title drawn from Yoruba language is a reflection of Okundaye’s totality- steeped in Yoruba cultural heritage. As a young child from a very humble background who lost her mother at the age of six, tertiary education was far from her reach. Instead, she sought after the non-formal education systems in her family and developed an enviable career that has earned global recognition.

In the 233 paged book published by Bookcraft Publishers Nigeria, the reader learns how art has shaped Okundaye’s life. From joining a travelling theatre group to becoming a hands-on textile art artisan, Okundaye also known as Nike Twins Seven Seven has been a centrifugal force in the art community, evident in the high-calibre guest list. The absence of the Lagos State Governor, Babajide Sanwo-olu and the presence of masked guests were reminders of the pandemic situation which didn’t stop the Nobel Laureate Prof. Wole Soyinka, foremost painter and sculptor, Bruce Onobrakpeya and CEO, Nigerian Stock Exchange, Oscar Onyema and others from attending.

Written by Kofo Adeleke, the memoir offers business and crafts industry insights with a foreword written by former US Ambassador to Nigeria, Dr Robin Renee Sanders. It chronicles her life from Ogidi-Ijumu, a small village in western Nigeria with no formal education to conquering the globe.

The Chief Launcher, Chief Diana Chen, the Chairman of CIG Motors, who described herself as a ‘Nigerian’ recounted how she met ‘Mama Nike’ when she relocated to Nigeria and needed to settle in. Nike Art Gallery was one of the first places that was recommended for her. The gallery has attracted members of the diplomatic community. “Your book represents the best of the spirits from this country,’’ she said. “We recognize her for her unending talents, her alluring gallery and her impeccable style. We know about her, but hardly do we know her story. She has groomed thousands of talents throughout her life, but I believe that through her story, she’ll inspire millions more.”

The event was punctuated by some video clips from Okundaye’s interview with Forbes Africa, her drum training programme for international visitors and tour of the gallery.

Soyinka, who is also a collector of art, described Okundaye as an “embodiment of Gbogbo nishe” meaning a multifaceted individual and added that she should be a subject of academic research.

“Nike is one of the most exceptional and unique artists I’ve ever met, not because she uses herself as her own model of expression, but because she’s a walking piece of art that spreads joy all around. It’s an honour to celebrate with you today.”

For Prof. Onobrakpeya, Okundaye is a ‘Nigerian ambassador.’ “The best setting to discover a genius is in the informal educational setting rather than the academy,’’ he added.

In his opening remarks, the Vice Chairman, CIG Group, Dr Linus Idahosa spoke about the historic support the company has for the creative industry.

“I would like to thank Kofo Adeleke for writing this book which reconstitutes a great document for Nigerian art.”

The book reviewer, Jahman Anikulapo acknowledged the contribution of Okundaye to arts and culture, remarking that she is “an only tree that makes a forest.’’ He tasked writers on the story of the 300 women that she mentored. Okundaye’s pieces had been exported to world collections including The Smithsonian Gallery of Art, The Gallery of African Art, The British Library and the homes of high-profile personalities including former US Vice President, Walter Mondale. She has lectured at several universities in the US, UK and Canada- even without a University degree.

Famed collector and architect, Jess Castellote also observed her consistency in the world of arts for the past decades. “She has been very successful in that and I think we need to acknowledge that and support her. It’s not only that she has trained people, she works in the gallery and has helped many others,’’ he remarked.

Chief Chen emphasized the importance of chronicling the stories of Nigerian legends for its impact on the younger generations of Nigerians who need inspiration and guidance for their lives and careers. She urged every Nigerian to place a copy of the book on their coffee tables; starting with herself. She launched the book with 1000copies, 500 of which would be donated to top five Nigerian Universities.

The Consular General of Switzerland, Thomas Schneider spoke on the sense of camaraderie at Nike Art Gallery.

“I already call her Mama, because this is the feeling I get when I visit her gallery. I have visited many galleries around the world, but her gallery is a temple. When you leave Nike Art gallery it is like you are coming out of a dream,’’ he said. 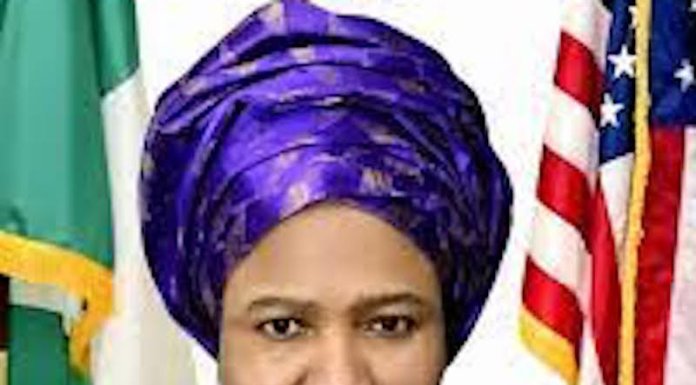