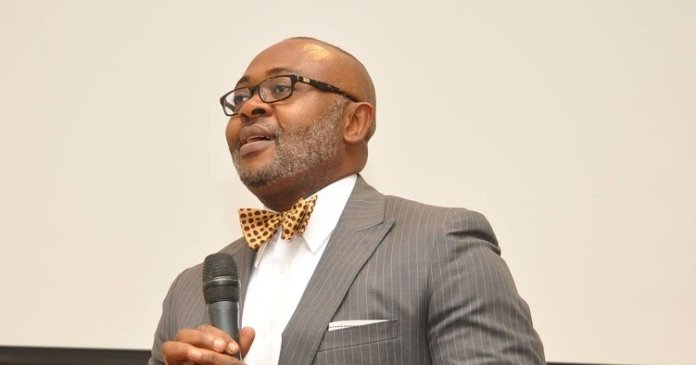 Oparah was announced winner during the 5th Edition of LaPRIGA, a colourful ceremony convened to celebrate outstanding communications professionals, which held at the weekend in Lagos and attended by prominent PR and Marketing Communications practitioners.

According to a citation by organizers of the award platform, “Oparah of Airtel scored the highest number of votes to win the “Corporate Communications Director of the Year” category and is also celebrated for leading a dynamic team that deepens communications practice as well as for inspiring and nurturing talents over the years.”

The team Oparah currently leads at Airtel also emerged winners in the ‘Best Brand Storytelling’ and ‘PR Innovation’ categories at the LaPRIGA awards.

Reacting to the award, Oparah, commended the award organisers and communications practitioners in Lagos for bestowing such a huge honour on him, saying that he is humbled by the gesture but inspired to continue to contribute his quota to the development of the communications practice in Nigeria.

“I thank LaPRIGA for the award and for creating such a powerful platform to celebrate outstanding PR professionals. I also thank my boss, my colleagues and industry professionals who have inspired me as well as those who voted for me. With this honour, I am even more inspired to commit to excellence in the practice of PR in Nigeria,” he said.

Oparah’s enviable track record of excellent performance has earned him several awards previously chief amongst them are the prestigious “Bob Ogbuagu Leadership Award” by the Nigeria Institute of Public Relations (NIPR) in 2019); Outstanding Corporate Communications Personality of the decade” 2020 by Marketing Age Magazine and “Communications Practitioner of The Decade” by Brand Journalists Association of Nigeria (BJAN) in 2019.

After graduating from the University of Nsukka in 1990, where he edited the famous campus newspaper, “The Record”, he spent a few years working at the Imo state Newspaper and three other communications agencies.

He moved to Cadbury Nigeria PLC in 1994 where he spent eight years as Media Relations Manager before transitioning to Econet Wireless Nigeria in 2002. Oparah holds an advanced diploma in international public relations management from The Management School, London and has attended many Communications, Leadership and Management training in Nigeria and overseas.