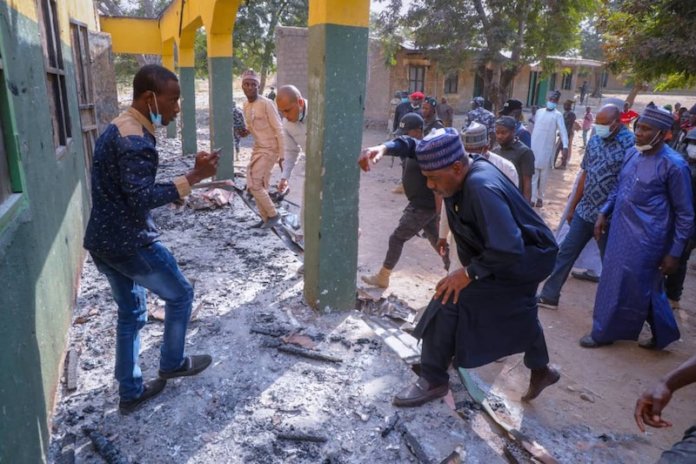 Hundreds of villagers in communities in Hawul Local Government Area of Borno State have fled their homes following a clash between the military and fighters of the Islamic State for West African Province (ISWAP) that raged for hours at the weekend.

THISDAY gathered yesterday that the ground troops and the Air Task Force of Operation Lafiya Dole launched an attack on Saturday to repel the insurgents who invaded the villages after a similar raid on Garkida and surrounding villages in Adamawa on December 24.
Garkida is located in the Gombi Local Government Area of Adamawa State, a contiguous state to Borno State.

It was learnt that the battle between the troops and the insurgents in Tashan Alade, Shafa, Azare, Sabon-Kasuwa and Debro, in Hawul Local Government Area of Borno State, began on Saturday.
Eleven people were reportedly killed while five others were abducted. Many residents of the area were injured.

The insurgents, during the attacks on the villages, razed down schools, shops and places of worship.
Three persons were discovered to have been killed in Shafa, two of whom were local hunters and a civilian.

Thousands of bags of farm products recently harvested by farmers, were alleged to have been looted by the insurgents who also emptied shops and market stalls.
It was learnt that the insurgents, who invaded villages in Borno State, came in their dozens in nine gun trucks and launched coordinated attacks on the communities.
However, ground troops, with aerial support from military jets, were able to contain and repel them.

Spokesman of the Nigerian Air Force, Air Vice Marshal Ibikunle Daramola, said the Air Task Force of Operation Lafiya Dole had scrambled fighter jets to engage the invaders.
“The Air Task Force OPLD has scrambled NAF aircraft to the area since the most recent attack on some settlements surrounding Garkida started just after sunset today (Saturday).
“The aircraft have been engaging the Boko Haram terrorists,” he said in a message to defence reporters.

As the battle raged, hundreds of the villagers fled their homes as the terrorists continued to shoot sporadically.
The fleeing villagers took refuge in the nearby bushes and mountains.
A member of the vigilante group in the area said the attackers burnt down two EYN churches in Tashan Allade as the villagers scampered to the bushes.

Another member of the Civilian Joint Task Force (JTF), Balami Yusuf, told reporters that the insurgents were presently attacking Shaffa and Khiributu villages.
“As I am speaking to you, they are shooting. You can hear from the background.
“We are in the bushes and people are running and children are crying. We are helpless,” Balami stated.

THISDAY learnt that air strikes from Nigerian Air Force compelled the attackers to flee while looting shops and residential areas.
The villagers were said to have watched the fire-fight from the mountain tops even as they braced the harsh harmattan haze.
The terrorists also set ablaze, vehicles and trucks belonging to a construction company.
It was learnt that Borno State Governor, Prof. Babagana Zulum, was briefed on the incident yesterday.

The governor had cut short his visit to Abuja to return to Maiduguri and on arrival, he took a military chopper to assess the damage inflicted on the affected communities.
All the communities are in the southern part of the state, which used to be relatively safe from attacks from the insurgents.
Zulum, according to his spokesman, Mallam Isa Gusau, had travelled from Maiduguri to Katsina and Abuja on Thursday, for series of scheduled activities, which he had to cut short Saturday’s following the attack.

A statement by the governor’s spokesman confirmed the destruction visited on Tashan Alade, Shafa, Azare, Sabon-Kasuwa and Debro by the insurgents.
The statement added that schools, shops and places of worship were destroyed by the insurgents.
Gusau said Zulum was in Yimirshika, Azare, Sabon-Kasuwa and Shafa, where he inspected all destroyed property, including police station, market stalls and others, and ordered their immediate reconstruction.

The statement said: “In Shafa, Zulum ordered the provision of six patrol vehicles and other components to strengthen local security network in the community. Also in Yamirshika, Zulum directed the provision of surveillance vehicles to hunters and vigilantes.”
He said the governor addressed “terrified residents who returned to Yamirshika town earlier Saturday, after attempts by insurgents on the town, was repelled.”

The governor, while commiserating with the people, said: “We departed Abuja to Maiduguri this morning, and we are here to show our sympathy and to stand with all of you, our brothers in Hawul, over the sad incident, yesterday (Saturday). I have been fully briefed and I have seen things myself, insha’Allah, we will strengthen security here and in all places. We will as soon as possible, make available all your requirements based on my interaction with security stakeholders and community leaders. We will rehabilitate the police station, the shops and all other infrastructures destroyed yesterday.”

According to him, he always feels bad going to commiserate with the people after attacks because he feels that government has failed in perhaps its major role, as the protection of lives and property is government’s first priority.

He said: “As enshrined in section 14, 2b of the 1999 Constitution, security of lives and property remains the cardinal objective of any government. We know this and we are doing everything within our powers to provide security and ensure the welfare of citizens. We will neither relent nor shy away from our responsibilities. We shall remain resilient and focused in our search for peace in Borno.” 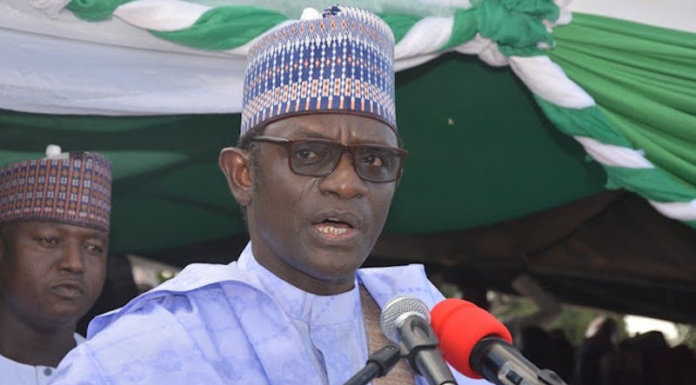