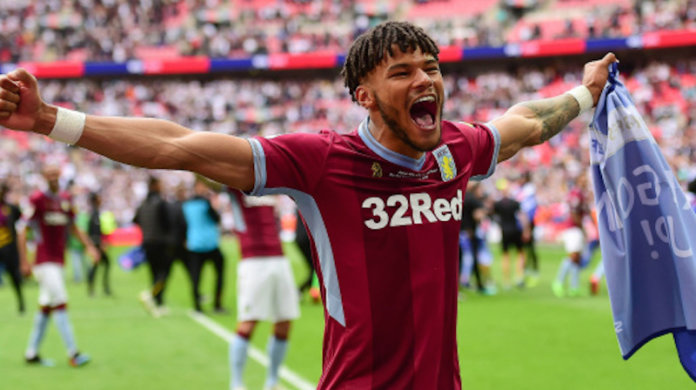 Smith’s side were leading 1-0 when Mings was dismissed by referee Anthony Taylor for a foul on Wilfried Zaha – six minutes after both players had been booked for clashing.

But Mings’ loss galvanised Villa, who went on to score two further goals to make it three wins in four games.

Speaking shortly after Aston Villa’s impressive progress from relegation strugglers to the top six, gaffer Dean Smith attributed the feat to the “maturity” of the players.

“It was a tremendous performance,” said Smith, who side only secured their Premier League future on the final day of the 2019-20 season.

“After going down to 10 men, I thought our counter-attacking looked scary at times.

“It’s important to get the balance right, in terms of when to attack and when to press, especially after going down to 10 men. I thought we did that really well. There’s a maturity to the players now and we have come a long way in a short space of time.”

In an incident-packed game, Villa claimed an eighth clean sheet of 2020-21.

Burkina Faso winger Bertrand Traore, who also hit the post, put his side ahead after Vicente Guaita had beaten away an attempt by the impressive Ollie Watkins.

Villa keeper Emiliano Martinez had set the tone for an entertaining match with a fine save to keep out Zaha in the opening minute, while Guaita twice denied Anwar El Ghazi as well as Jack Grealish.