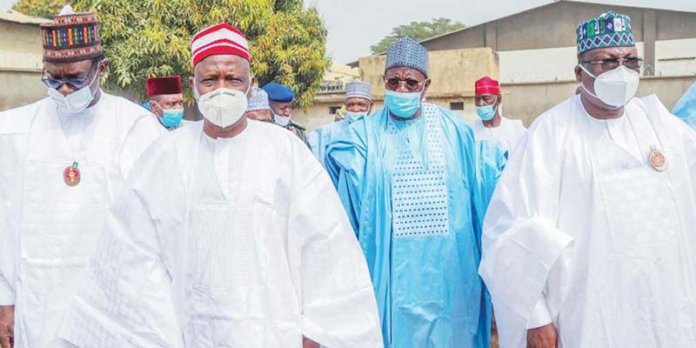 Until his death on Friday, December 25, Kwankwaso’s father was the Maijidadi Kano, District Head of Madobi and a patriotic traditional leader.

He made immense sacrifice towards the unity and development of the nation, particularly in his roles in strengthening traditional institutions and values in nation building.

In a statement by its National Publicity Secretary, Kola Ologbondiyan yesterday, the PDP said the deceased distinguished himself as an upright, honest and selfless leader who dedicated his life at all times towards the good of the nation and humanity at large.

It said: “Though we grieved that the Maijidadi Kano left at a time his prayers and wise counsel are needed the most, we are consoled that he lived a fulfilled life to the praise of the Almighty Allah.

“He bequeathed to the nation, a gift of a patriot in Senator Kwankwaso, who has distinguished himself with exceptional commitment to the stability, peace and development of our dear nation.

“Our party commiserates with Senator Kwankwaso, the entire Kwankwaso Family as well as the people of Kano state and prays God will comfort them and grant them the fortitude to bear this irreparable loss,” PDP said.

Lawan, also, paid a condolence visit to the Kano governor yesterday in company of Buni, the Chairman, Caretaker/Extraordinary Convention Planning Committee of the All Progressives Congress (APC) and the Senate Deputy Minority Whip, Senator Sahabi Yau Kaura, among others.

The senate president and his entourage held prayers with Kwankwaso at his Kano home at Miller Road, Bompai and also at the graveside of his father.

After praying at the graveside yesterday, Lawan said the visit was specifically to sympathise and condole with Kwankwaso on the demise of his father.

He said: “This loss is for all of us. Religiously and traditionally, there is no division or dichotomy among us. This is what we should do to condole with anybody who is bereaved.

“Likewise if something good happens, it’s also for us to rejoice and congratulate one another. This is the way we should treat each other. This is what is expected of us.

“We that he left behind, may we also leave a good legacy behind when our time is over. May God grant you the fortitude to bear the loss. May God console all of us for this great loss of our father.”

In his response, Kwankwaso thanked his guests for being able to spare time to pay his family the condolence visit.