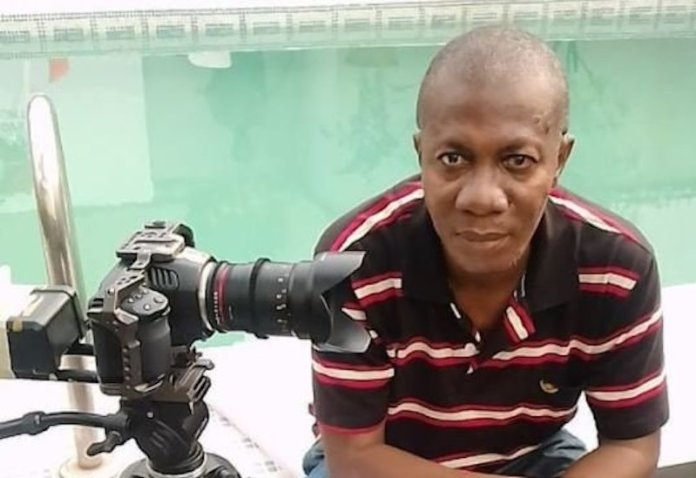 He left engineering for filmmaking and ended up as the filmmaker with the highest number of released movies. The man who went by the moniker Mr Prolific spent his last moments supervising an upcoming project, writes Vanessa Obioha

In a year that has claimed lives and eroded the Christmas cheer that often accompanies the season, the death of one of Nollywood’s veteran filmmakers, Chico Ejiro devastated the Nigerian film industry.

News of his death circulated on social media on Christmas Day morning, as many tried to mark the festive celebration that had a different tone due to the ongoing pandemic.
The man whom many described as Nollywood Iroko and Mr Prolific died in the early hours of December 25, from a seizure.

“This is a rude shock,” wrote his wife of 22 years, Joy on Instagram. “We had a lot of plans for Christmas, we spoke a lot about how the day will go, we were recounting how God has been good to us this year and how grateful we are to be alive. I never knew it was going to be my last midnight gist with you. You died in my hands Chico, you left me so confused and devastated.”

Nollywood filmmaker, Chris Ihidero tweeted: “One of Africa’s greatest filmmakers has died. I saw him just three weeks ago at a showcase at Genesis Cinemas in Lekki.
Travel safe, oga Chico Ejiro. You played a very important in what has become the most phenomenal filmmaking tradition worldwide.

May the heavens welcome you.”
The Minister of Information and Culture Lai Mohammed in a statement on Saturday described the filmmaker as “a prolific movie director and a shining star of Nollywood, which has – through its movies – stamped Nigeria’s creative presence all over the world”.

Born Chico Maziakpono in Isoko, Delta State, the filmmaker was a famed director and screenwriter. He was known for producing the highest number of movies in the film industry during the ‘home video’ era when productions were cheap and storylines captivating. Ejiro alongside his older brother Zeb, was one of the leading filmmakers of that era, dominating video production and distribution market until the 2000s when the market became saturated. This led the duo and other filmmakers to slow down on their production to gain control of the market.

The filmmaker was highly regarded in the industry and proved to be an interesting subject for international filmmakers and critics studying the rapidly emerging Nigerian film market at the time. He was featured in a 2007 documentary ‘Welcome to Nollywood’ which explored the peculiar inner workings, economic challenges of the film industry.

“Thanks to the pace-setting work of Mr Ejiro and his contemporaries, Nollywood is today one of the biggest movie industries in the world, which is providing employment for many Nigerians and creating wealth for the nation,” states Mohammed.

Ejiro didn’t initially set out to be a filmmaker. He originally studied Agriculture but was endeared to the make-believe world in the late eighties. He once disclosed that he never intended to be a director but developed interest while working at the Nigerian Television Authority (NTA). He set up shop in Surulere, the popular Nollywood hub back in the day. Through his Grand Touch Pictures production company, he produced movies that shot many actors into the limelight. They include Segun Arinze, who featured in his ‘Silent Night’ movie and actress Caroline Danjuma who had her screen debut in his films.

Ejiro’s movies were dipped in realities of the time. For instance, in ‘Outkast’ starring Sandra Achums, Shan George and Lilian Bach, he explored the world of crime and violence by Nigerian prostitutes who were deported from Italy. His 1997 film ‘Blood Money’ touched on occultism which was rampant at the time and “mirrored the predatory capitalism of the world” according to Saheed Aderinto and Paul Osifodunrin in ‘The Third Wave of Historical Scholarship on Nigeria (2013)’. The film starred veteran actors like Zack Orji, Kanayo O. Kanayo, Ejike Asiegbu among others. One of his latest films was the 2019 film ‘Night Bus to Lagos’ which featured Nollywood icon Pete Edochie, Ebube Nwagbo, Paul Obazele among others.

To many, the deceased inspired them to pursue a career in the competitive film industry as clearly stated by the director of the 2017 critically acclaimed film ‘Children of Mud’ Imoh Umoren in a tweet. “RIP Chico Ejiro. This is the guy who inspired me the most as a filmmaker. His work ethic is unmatched and he’s one of the pioneers of the industry we have now.”

Sources disclosed that the filmmaker was recovering from an ailment before he suffered a relapse. He was said to have supervised a film project which he is not directly involved in on Christmas Eve, even staying late to chat with friends. No one saw the Grim Reaper walking in the middle of the night to claim his life.
He is survived by his brothers Zeb and Peter Red, his wife and four children.