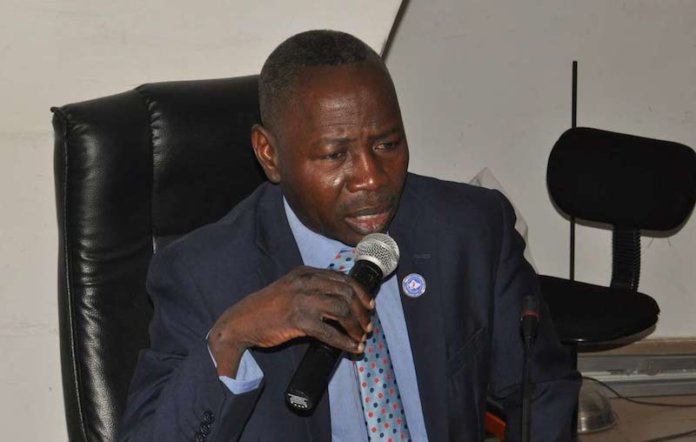 Emmanuel Addeh in Abuja
The Office of the Surveyor General has embarked on consultations with the Department of State Service (DSS), the police, the military and the Nigeria Security and Civil Defence Corps (NSCDC) to enhance effective mapping of the country to reduce insecurity.

Speaking during the opening ceremony of the office’s collaboration meeting with security agencies on survey coordination in Abuja, the Surveyor General, Mr. Samuel Adeniran, said the provision of appropriate geospatial information has direct effect on security.

He added that the OSGoF has the responsibility, among others, of implementing the Survey Coordination Act of 1962 and its subsequent amendments and therefore duty-bound in ensuring such occasional consultations.

“This collaborative meeting is apt considering the security challenges facing our country today. The provision of security for protection of lives and property remains a cardinal responsibility of any governments in the world.
“Government fulfills this mandate through its military, the police and other security organisations with the collaboration of certain authorities like OSGoF and support of every good citizen,” he stated.

He noted that while the government provides funds and the political will to facilitate provision of security, it behooves on authorities like OSGoF saddled with the responsibility of making available the requisite geospatial data for proper analysis which will inform good decision for effective planning and action.

“There is no doubting the fact that the advancement of technology is profoundly impacting everything, and the issues of security are also included. The contemporary world is that which requires the use of geospatial science, its technology and applications to achieve anything under the sun,” he said.

According to Adeniran, the provision of appropriate geospatial information has direct effect on security, as it is important that the production and handling of such critical information cannot be left unsupervised.

In his remarks, the Chairman House Committee on Works, Abubakar Kabir, who was represented by Mohammed Abdulmumi, Deputy Chair, House Committee on Works and Housing, pledged that the lawmakers will support the legislative backing for the resolutions at the meeting.
“Ours is to make the law, but the implementation belongs to the executive. But I want to assure you that the 9th assembly will do all that’s possible to aid your operations,” he said.

The grand prize winners took the total number of customers who won various categories of cash prizes and airtime in the three-month long promo to 2,552.

The N1 million cash prize winners are: Omolara Olayiwola, an account holder with Wema Bank, and Umar Safinat, an account holder with United Bank for Africa.
According to a statement, during the Verve Good Life Promo, over 2,500 lucky cardholders shared the over N27 million prize offering. The lucky cardholders emerged from across the six geo-political zones in the country.

Verve launched the Good Life promo in September 2020, to reward its cardholders with cash prizes and airtime. The Good Life Promo sought to enable Verve’s loyal cardholders to live the good life, whatever the ‘good life’ means to them.

Speaking at the prize presentation event, Group Head, Verve Marketing, Ikechukwu Ugwu, said the objective of the Verve Good Life Promo was to reward Verve cardholders for their loyalty and to give Nigerians a succour during these economically challenging times.

Ikechukwu said, “After the federal government lifted the lockdown across the country, we asked ourselves what we could do to support our customers and enable them live the good life. That was how the Verve Good Life Promo was borne.”
He added that Verve has continued to stay true to their commitment to reward Verve cardholders for their loyalty. “

We are also proud to say that every winner that emerged from the Verve Good Life promo has been credited with their rewards, from the weekly N10,000 cash prize and the N5,000 airtime reward to the monthly N50,000 cash prize and today we are rewarding the two grand prize winners.”
Ikechukwu revealed that the promo drew in a wide range of winners, including artisans, mechanics, students and entrepreneurs and corporate professionals.

Adedamola Giwa, Country Manager, Verve, who presented the N1 million cash prize to one of the winners, said he was delighted that Verve stayed true to its words by rewarding loyal cardholders. He said one of the core values of Verve is to consistently reward its loyal and esteemed customers.
Olayiwola, who was overwhelmed with joy at winning N1 million, said she never expected to win the grand prize.

According to her, it seemed like a dream when Verve called to inform her that she had won.
Commenting further, Olayiwola said, she makes use of her Verve card often, “and this reward of N1 million could not have come at a better time than this.”
She urged other cardholders to constantly use their Verve cards to enjoy premium and efficient payment solutions.

The presentation ceremony had representatives from the Lagos State Lotteries Board (LSLB) Federal Competition and Consumer Protection Commission (FCCPC), The National Lottery Regulatory Commission (NLRC), Wema Bank and UBA, among others.