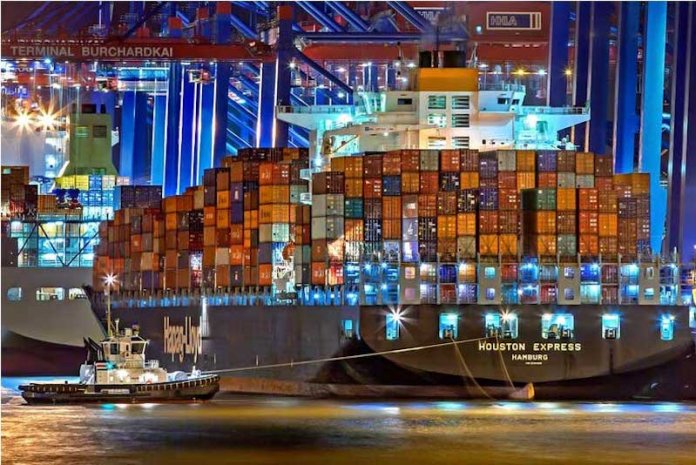 Most of the problems that bedeviled the Nigerian maritime industry in 2020 predates the COVID-19 pandemic outbreak that shut down the global economy. However, some agencies distinguished themselves despite the challenges, writes EromoseleAbiodun

It is no longer news that the global economy was highly disrupted by the outbreak of COVID-19 pandemic.
Nigeria also took a hit and is still struggling to contain the consequence of lockdowns as a result of the pandemic. There seems to be no respite as the second wave of the dreaded pandemic has forced governments around to world to take drastic measures, which include some levels of lockdown and other restrictions like public gathering. While most sectors of the economy were in a total lockdown, the maritime sector, especially shipping and related sectors operated, even at the peak of the outbreak but with strict adherence to COVID-19 protocols.

However, while other nations of the world maximised their opportunity given the situation that the world faced, Nigeria’s case or failures in the sector were man-made. With the land bothers shut by the federal government, the ports in Lagos were flooded with imported goods and exposed the under belly of Nigeria.

While ports in Ivory Coast, Cotonou were smiling to the bank, Nigerians who lived and worked in Apapa, a once thriving port city had stories of death, accidents (if containers falling on innocent motorist can be seen as one), and hours on traffic. Shippers were slammed with unimaginable charges by shipping companies, container stripping became the norm and bounded terminals in collaboration with shipping companies terrorised Nigerians, shippers and customs agents.

The situation was not helped by the Nigeria Customs Service (NCS). Promises to provide scanners were never met.
To make things worse, a presidential task team sent by government to restore law and order in Apapa became the problem. Generally, allegedly corrupt and notorious for bribe taking, the task team turned the unfortunate Apapa tragedy into an enterprise.

Nobody explained the ugly situation better than the Managing Director of Port & Cargo Handling Services, John Jenkins, who said that for the five years he worked in Ghana, not one day was there a gridlock on port access road.
He expressed frustration over the near total collapse of cargo delivery along the Mile 2/Tin Can Island port access road.

“Before we never had block stack containers because the cargo used to move freely but not anymore now. There are in excess of 40 vessels at anchorage. At Port & Cargo, we could only bring seven alongside now. Last month, we kept one of the MSC vessels there for four days because they could not discharge and this month, we have kept vessels for more than two days already because we don’t know where to put the containers.

“I have worked in this port industry all my life, I have never seen roads like this. We could form a palliative solution. We are not happy, we got people losing their means of livelihood every day because of the poor condition of the road.”
As exclusively reported by THISDAY, the failure by the federal government to find solution to the intractable Apapa gridlock took the problem to a crisis point with cost of shipping containers into Nigeria going by 600 per cent.

As a result of the blockage of the roads, millions of containers are trapped in the ports and shipping companies have had to stay at several anchorages for between three to four months incurring all manner of surcharges.

But the cost charged by shipping lines for the same service is between $5,500 and $6,000.
Also, haulage cost from Tin Can to any other part of Lagos has risen by more than 1000 per cent from about N100,000 to about N1.2 million
Due to the massive congestion at Tin Can and Apapa ports, many shipping lines are diverting Nigeria-bound cargoes to neighboring ports in Cotonou and Ivory Coast.

Unfulfilled promises
The year 2020 started with uncertainty as to when the land borders would reopen and as the border closure began to tell on the ports, terminal operator were pressed to investment in cargo handling equipment to enhance efficiency. That did not solve the problem, ships were stranded at sea because of lack of space to discharge cargo and shippers paid through their nose to get cargo out of the ports. The Nigerian Shippers Council (NSC) did all it could to stop arbitrary charges, paid several visits to terminals, shipping companies, held countless stakeholders engagements. All the promise to get the shipping companies, who obviously took advantage of the situation, failed.

The NCS’ promise to provide scanners never materialised, rather, the agency was involved in yet another controversy about customs modernisation contract. The contract, which is said to be done for the agency to migrate to electronic operation was said to be in direct contrast to the NICS11, an existing electronic service the agency had in the past said boosted its revenue generation targets.

Perhaps the worst of them all in 2020 was the so-called Blue Economy Project. A project initiated to put an end to pirates attacks and maritime crime. After several postponements, the project was to kick off in the first quarter of the year. While government was pussyfooting, pirates took over Nigerian waters and attack became a daily affair.

Worst still, the Minister of Transportation, Rotimi Amaechi, sent a memo to the federal executive council seeking a whopping $22.99 million from the federal government to hire fast intervention vessels to check insecurity in Nigeria’s waters.

This came when the $195 million maritime security contract approved for the same purpose by the government in 2017 was yet to be executed by the same minister.
The federal government had in 2017 approved a $195 million maritime security contract with an Israeli firm, HLS International Limited under the Integrated National Security and Waterways Protection Infrastructure, also called the Deep Blue Project.

The contract was in line with efforts to curb increasing criminal activities such as piracy, sea robbery, kidnapping, oil theft, illegal bunkering, smuggling and illegal trafficking in drugs and persons within the Gulf of Guinea, especially Nigeria.

Under the initiative, the government was supposed to have commenced the deployment of security assets first week of January this year to curb maritime criminality.
In a memo to the Federal Executive Council (FEC) dated July 22, 2020, Amaechi asked for the government’s approval for the renewal of lease of fast intervention security vessels for a period of one year, claiming the $195 million already approved for the same purpose has been put on hold due to COVID-19.

Modest achievements
Like in every situation in life, there were some remarkable achievements by some agencies in the sector in the outgoing year. Apart from its effort to end the unjust and punitive business practices by shipping companies, the NSC also played its role as the nation’s port economic regulators commendably. The Executive Secretary of the NSC was tireless in his efforts to sanitize the industry and ensure fair trade.

Following clearing agents outcry against the imposition of demurrage on cargoes that were trapped at the ports during the EndSARS protests, the NSC, called on shipping companies to ease the hardship on importers.

The Nigerian Maritime Administration and Safety Agency (NIMASA) also recorded landmark achievements during the year. The successful transition from its former Director General, Dr. Dakuku Peterside to its new head, Dr Bahir Jamoh, was quickly followed with the prosecution of pirates on the back of the signing of anti piracy law by President Muhammadu Buhari.
Three men became the first to be convicted under Nigeria’s piracy law on August 11, 2020. However, security experts maintain that the lenient sentencing will do little to deter or decrease the ever-growing piracy numbers in the Gulf of Guinea (GoG).

A court in the Port of Harcout, had fined three men N20 million ($52,000) each under the Suppression of Piracy and Other Maritime Offences (SPOMO) Act for the hijacking of tanker Elobey VI on 21 March, off Equitorial Guinea, and subsequent ransom of the crew for $200,000.
Most importantly, the agency received the coveted commendation by the International Maritime organization (IMO) for its renewed anti piracy war.

In the same vein, the Nigerian Ports Authority (NPA), distinguished itself in 2020. From the beginning of the year up till now, the NPA on monthly basis recorded outstanding performance that baffled industry stakeholders. Prominent among the many achievements are the berthing of one of the biggest gearless Maerskline vessel at Federal Ocean Terminal (FOT), Onne in Rivers State, N1 trillion revenue, partnership with a private firm to deploy N7 billion electronic call up system to end Apapa traffic and suspension of all applicable terminal storage fees on consignments, also known as demurrage for an initial period of 21 days during the COVID-19 lockdown among others. The NPA’ improved revenue generation was particularly applauded by all. The NPA improved revenue generation despite COVID-19, towards the end of the third quarter of 2020, it announced that it generated a revenue of N1.02 trillion in the space of three years under the tenure of its current Managing Director, Hadiza Bala-Usman.