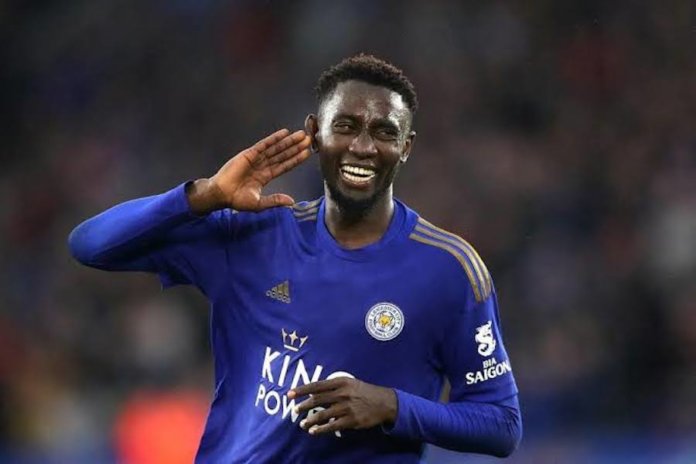 Super Eagles and Leicester City FC midfielder, Wilfred Ndidi and Super Falcons and FC Barcelona Femeni forward, Asisat Oshoala, emerged the King and Queen of the Pitch for year 2019 respectively at the 7th edition of the Nigeria Pitch Awards which held yesterday in Lagos.

Ndidi who was voted Leicester’s Man of the Match as the Foxes snatched a 2-0 victory at Tottenham Hotspur on Sunday was chosen ahead of Manchester United’s Odion Ighalo and Victor Osimhen of Napoli.

Similarly, Oshoala defeated both Francisca Ordega and Onome Ebi to be crowned the best female player in the country for the next 12 calendar months.

Other winners in the Nigeria Pitch Award for 2019 include; Daniel Akpeyi of Kaizer Chiefs and Watford defender, William Troost-Ekong who emerged Goalkeeper and Defender of the Year in their different categories.

Ndidi confirmed his position as the Super Eagles’ midfield general by dusting off competition from Joe Aribo of Glasgow Rangers FC and Oghenekaro Etebo of Stoke City FC to retain the Midfielder of the Year award.

In the Striker of the Year Category, Osimhen starved off competition from Ighalo and Samuel Chukwueze of Villarreal FC.

The maiden Sportsmanship Award was presented to the Inspector General of Police, Mohammed Abubakar Adamu for his use of sports in the fight against crime and his sportsman’s attributes in the discharge of his duties as Nigeria’s Police Chief.

In the media category, Johnny Edwards of The Punch won the Football Journalist of the Year – Print category while Olawale Adigun of Top Radio FM emerged winner of the Radio category. In the TV and Online categories, Channels TV Sports Editor Austin Okon-Akpan and Goal.comSamuel Ahmadu won respectively.