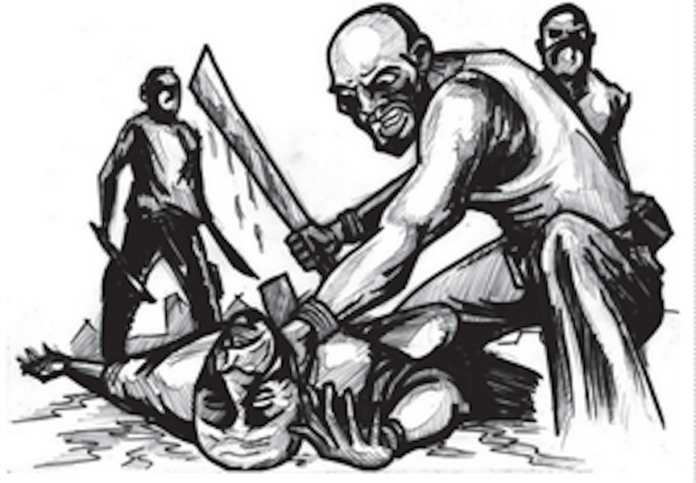 Law enforcement agencies must be alive to their responsibilities

Last week, a mob in the Aseese area of Mowe, Ogun State, burnt to death three persons on the suspicion of theft. Their vehicle was also set ablaze. The quick intervention of the police saved the two other occupants of the car. In the same vein, two ladies were recently killed at Iwo, Osun State, on the mere suspicion that they were kidnappers. Across the country, mob justice is fast becoming a national pastime as people regularly take the law into their hands.

Indeed, the increasing rate of abductions in Kwara State has put destitute who wander within the capital, Ilorin, at risk as some of them fall victim of mob action on mere suspicion of being child kidnappers. Not long ago, no fewer than four suspected kidnappers who were alleged to have feigned insanity were killed in mob attacks. In all the cases, the hapless victims were beaten to coma before being burnt alive. Residents and the police differ sharply on the current situation with the latter voicing its displeasure over what it called the increasing propensity of residents to take laws into their hands.

What is however worrying is that a lot of times, innocent citizens are often the victims of these mob justice. The brutal murder of four innocent undergraduates of the University of Port Harcourt in 2012, for instance, was, to say the least, wicked. Three years ago, the court pronounced their innocence while the murderers sentenced to death.

But the spike in cases of jungle justice raises some questions: Why are more people resorting to mob justice? Why is the public becoming increasingly impatient in following the dictates of the law? Are many losing confidence in law enforcement agencies or are these signs of a more dangerous national ailment? Is human life no longer sacrosanct in Nigeria? The answer of course is simple. It is a combination of all. There is some form of jungle justice in many societies, but what is troubling here is that the propensity for dispensing this brand of justice is becoming increasingly high.

Earlier in the month, three suspected armed robbers were beaten and burnt alive by irate mob in Warri, Delta State, after some vigilance group apprehended them. The police were of course far from the scene of lawlessness. “They just called me now that some robbers came to attack in the area and they caught them and they were lynched. That’s what I heard,” said Divisional Police Officer, Benjamin Igometi. There was not even an attempt to investigate the unfortunate incident.

However, whether the suspects were armed robbers, cultists or even bandits, killing them as the mob did was wrong. The Delta incident, like that in Ogun and indeed similar ones across the country, is a crude way of dispensing justice. There is no room for that in civilised societies. Nigeria is a democracy where things should be done according to law.

But the government has to do more to stem the ugly trend. They must fund the police and expand their capacity to carry out their constitutionally stipulated responsibility of protecting lives and property while the courts must be alive to their own responsibilities. Justice must be dispensed speedily.