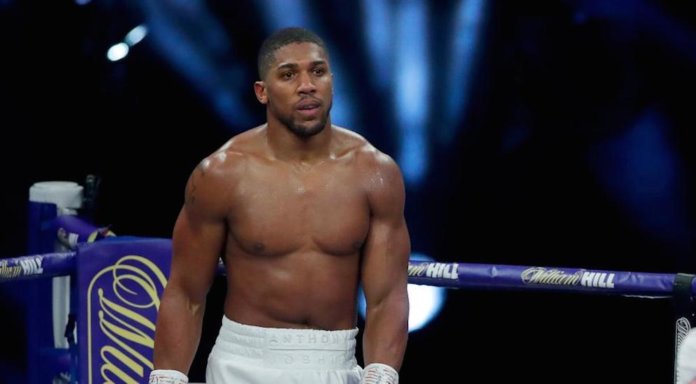 Anthony Joshua has set his sights on a world heavyweight title showdown with fellow Briton Tyson Fury in June after revealing on Tuesday that he is ‘keen’ for the fight to take place.

Joshua was criticised by WBC champion Fury for not showing enough commitment to the contest after successfully defending his WBA, WBO, IBF and IBO belts against Kubrat Pulev earlier in December.

But the 31-year-old has confirmed talks are under way over the eagerly-anticipated fight.

“I’m ready, I’m keen. The next fight I want is Tyson Fury, for the undisputed championship of the world,” Joshua told Sky Sports News on Tuesday.

“I’m having direct conversations now with my management team looking at the best way to put a package together for 2021 and hopefully it will be done.”

Joshua has no intention of backing down from the Fury clash, although hurdles in the way of the super-fight include his WBO mandatory challenger Oleksandr Usyk and another possible meeting between Fury and Deontay Wilder.

Asked when and where he expected the fight to take place, he added: “I think maybe June. It needs a bit of time. I promise you conversations and face-to-face meetings are happening with representatives of my team and Tyson Fury’s team.

“The possibilities of it being in this country are down to the pandemic and how that shapes. For me I am not too fussed where it is. I just want the fight.”

Meanwhile, Anthony Joshua has made a substantial donation to help fund amateur boxing in Britain – saying he hopes “we have not lost the next generation” of fighters.

Some clubs have closed and boxing was not included on a list of sports that received a £300m bailout in November.

Joshua gave a six-figure sum to the amateur boxing federations of England, Wales and Scotland.

“Without grassroots boxing, there is no Anthony Joshua,” he said.

“The doors to these gyms are always open to any kid from any background,” Joshua, who turned professional after winning Olympic gold at London 2012, told BBC sports editor Dan Roan yesterday.

“If I was 18 again and I was in a position where the gym was closed and it might not open, I would be devastated.

“It’s not just financial help. I will often try and motivate these kids by being among them, bringing my belts down and training with them.

“I believe in the next 10-15 years, you are going to see the leaders of tomorrow, but I hope it’s not 25-30 years because we have lost this next generation.”

Funding will be provided to the clubs most in need.

Joshua, who holds the IBF, WBA and WBO titles and compatriot Tyson Fury, who is the WBC champion, currently occupy all of the world heavyweight titles between them, and the former says he is “certain” the pair will meet in a unification bout in 2021.