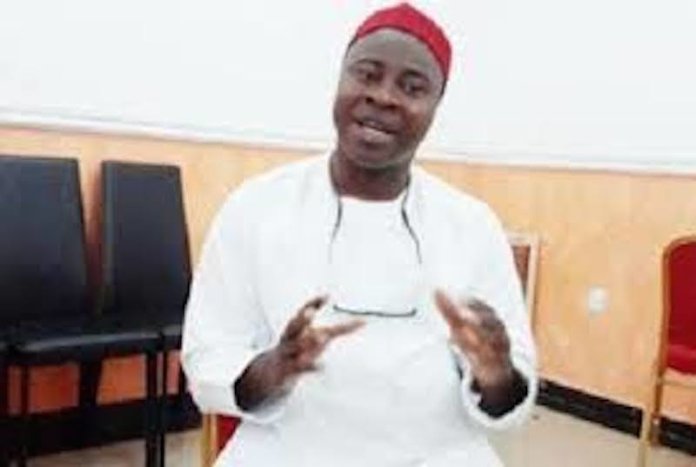 He said rabbit farming could generate at least N100,000 monthly for those who venture into the trade.
Speaking at a media briefing, he said NALDA with the support of the federal government is currently pioneering a campaign to encourage youths into rabbit farming for the benefit of Nigerians and the economy at large.

He explained that the programme was part of the National Young Farmers’ Scheme which was recently launched by President Muhammadu Buhari to take 774,000 young Nigerians into the entire agribusiness.

He explained: “So, it’s something we have engaged in and we will keep expanding. The president has given all the approvals and the funds required to implement this programme -and funds had been made available to NALDA by the gracious approvals of Mr. President.

“So we have no reason not to deliver and not to reach out to the young Nigerians who are desirous of getting engaged into gainful or meaningful business or activities.”

According to Ikonne, the agency has started implementing the programme, adding that the first leg which is animal husbandry is already creating awareness on goat and rabbit rearing.

He said: “A lot of people don’t know the potential, benefits and money they can make from rearing rabbits. Rabbit has an entire value chain and nothing is a waste farming rabbit – From the meat, the hide which is the skin, the pooh and the urine – they are all moneymaking machine.

“So, we are engaging our youths into rabbit farming. NALDA has designed a programme to take in 17,000 rabbit farmers especially in the south and we have commenced the engagement in some states.”

He stated that Imo, Abia, Cross River and Oyo States had already received their rabbits while young farmers had been engaged in rabbit farming in the first phase of the exercise.

He told THISDAY that, “The programme is very simple; from the first day the farmer starts rearing rabbits, they start making money from that day.

“From the collection of the urine to the collection of the pooh which will be used as fertiliser, their money will keep accumulating. At the end of the month, we will pay them based on the litres and KG of what they have submitted to the NALDA office at their various states before the off-taker takes it.

“So, you can see the benefits of rearing rabbits. Before we go into the processing, the sale of the animal itself is another means of income.

“The meat is one if the best because it’s white meat and is good for those that are having cholesterol issues and that also would be source of income.