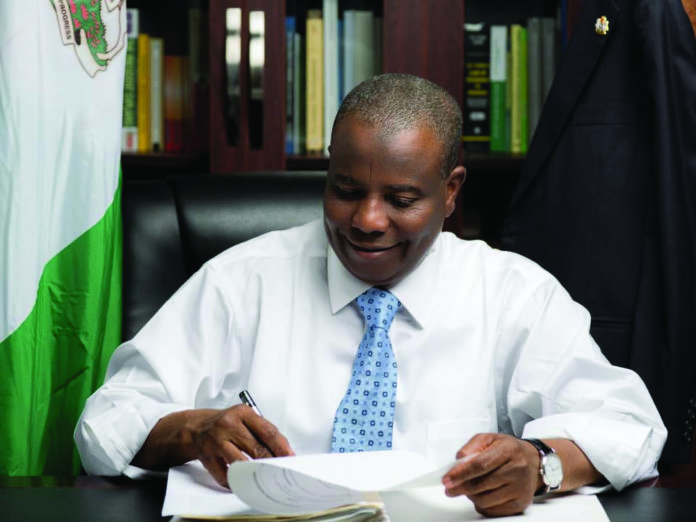 Although currently in isolation in strict observance of the Covid-19 protocols after he was exposed to an infected person, Governor Aminu Tambuwal’s strides in different sectors of the state especially, the health sector, give nothing but hope and promises. Onuminya Innocent writes

Health they say is wealth. That is why Governor Aminu Waziri Tambuwal of Sokoto State is doing everything humanly possible to revitalis the sector. As with several other sectors in the state, the health sector has witnessed what could be regarded as significant developments in the last five years under the Tambuwal-led administration.

On assumption of office in May 2015, he discovered that the health sector was one of those in critical state. Though the previous administrations has done a lot to salvage the situation, but for Tambuwal, more needed to be done to leverage the sector.

When recently a delegation of the Nigeria Union of Journalists (NUJ), Sokoto State Council, led by its Chairman, Comrade Isah Shuni, paid an inspection visit to the project site at Kasarawa, the chairman lauded the efforts of the governor for embarking on people-focused projects.
According to Shuni, the project tallied with the yearning and aspirations of residents of the state.
“As watch dogs, we come here to see what the governor is doing with public funds and not to antagonise him but to work as partners in progress.

The project consultant, Architect Kabiru Umar Yabo, while speaking to reporters, disclosed that the contract was awarded at the sum of N6.8billion with the time frame of 30 months, adding that the project comprised 22 structures, two site fences and administrative block.
Barely three months that the project was awarded, work has reached 30 per cent milestone, meaning it could be completed before the completion period.

When the governor also spoke on the project at the groundbreaking by the Rivers State Governor, Nyesom Wike some months ago, he said when completed, the teaching hospital would provide tertiary health service to the people of the state, the country and also used as a training center for medical students of Sokoto State University.

The Tambuwal administration has also completed Farfaru Advance Diagnostic Centre (FADC) awaiting inauguration. The Centre, which is to serve as advance laboratory, is equipped with modern equipment to conduct all forms of laboratory tests.

Before now, some advance and complex medical tests were sent to Kano and other places from the Usman DanFodio University Teaching Hospital and Specialist. But with Farfaru Advance Diagnostic Centre, most of these tests would be done in the state, which will go a long way in saving lives.

The state has also started the construction of premier Hospitals in Sabon Birni in the Eastern senatorial district and another in Tambuwal in the Southern Senatorial district
According to the governor, the two hospitals would serve the rural dwellers in those senatorial districts and reduce the overstretching on health facilities in the urban centres.

The state has also launched Sokoto State contributory Health Scheme in July 2018 for its workers with 21 accredited general hospitals and 65 primary health centres to Carter for the scheme.
There’s no debating the fact that by the time all these projects come into fruition, Sokoto’s health sector would stand shoulder-to-shoulder with any from any part of the country. Indeed, it is a different kind of revolution that dares to change the Sokoto story.