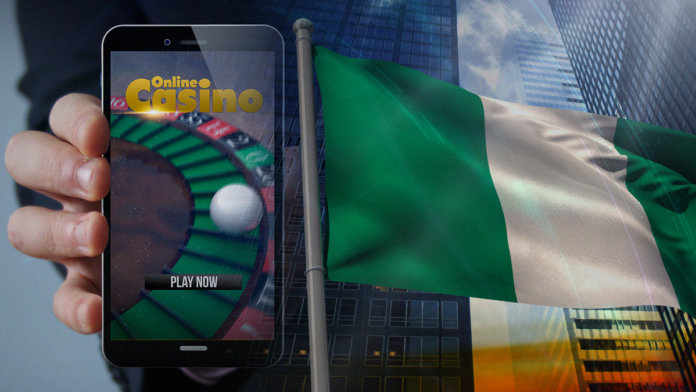 Online casinos are not a new trend. The first one dates back to the mid-1990s when industry juggernaut Microgaming launched Gaming Club Casino and announced a new era in the gambling sector. An event that predated this occurrence and paved its way was the passing of the Antigua and Barbuda Free Trade & Processing Act, which allowed companies to operate such sites.

In 1996, the number of such platforms totaled fifteen, but now there are over two thousand licensed sites that accept wagers over the internet.
In the past two years, the number of new player sign-ups has increased by 70%. Nowadays, more and more countries pass legalization allowing the activity, and others refuse to prosecute residents that play at offshore sites.

Europe has the most regulated market, while only five US states allow internet gaming services. Grand View Research’s consulting firm predicts that the Asia-Pacific region should register the highest growth rate in the coming years. However, many believe that Africa is a booming market waiting to explode and that Nigeria could be at the forefront of this digital revolution.

Nigerian Online Gambling Law
There is no specific law and no provisions in existing legislation that regulates online gambling in Nigeria. As mention above, the first real money online casino dates back to 1996, and residents of Africa’s most populous country have enjoyed playing games of chance over the internet for decades. It is a prosecutable offense for anyone to own and operate a gambling site in the country. Nevertheless, there are no legal restrictions that prevent Nigerians from playing at foreign platforms, and many have been doing just that for a long time.

Over the years, there have been efforts to develop age-verification processes that prevent under-age people from gambling online. According to a 2017 NOIPolls telephone survey, out of the one thousand Nigerians interviewed, over 36% admitted that they or a close family member likes to bet on sporting events or play virtual slot machines. The main factor that influenced their operator selection was fast payment processing times. Due to the rise of online gaming, some believe that there should be additional research on its effects and awareness campaigns regarding its dangers.

When it comes to land-based gambling, the regulations governing it in the West African Nation are a bit confusing. There is no one clear law that applies to the activity. Instead, two federal Acts refer to it as illegal. These are the Gaming Machines Act of 1977 and the Nigerian Criminal Code Act enacted in 1990. The first prohibits individuals from owning machines that provide monetary rewards via games with uncertain outcomes, and the latter divides gambling into two categories, legal and illegal ones. The Criminal Code Act permits lottery draws, land-based casino games, and sports betting.

Dice games, roulette, and non-skilled card games are not allowed. The law also regulates slots and only lets licensed operators to provide these. Nigeria has three land-based casinos with such machines, one in Lagos and two in Abuja.
The National Lottery Act of 2005 established the National Lottery Regulatory Commission, and shortly after, it began offering internet lottery services. In 2013, the same Commission attempted to branch out by licensing its first roulette casino, NairaGames.com. It was only operational only for a short while.

Industry Size
According to a May report added to ResearchAndMarkets.com, the current global online gambling market is worth around $66.7 billion, $7.8 billion more than 2019, and on course to hit $92.9 billion in 2023. As Africa is the only global region where the youth population is increasing, it will undoubtedly become a massive market for mobile and casino gaming.

Mobile gaming is gaining popularity in remote parts of the continent as now, 290 million North Africans use smartphones. The mobile market in the region generates more than $90 billion per year. By 2050, the population of those under 24-years-old in Africa will increase by 50%. Percentage-wise, its youth population will trump that of other continents, creating massive real-money mobile gaming potential.

Christina Thakor-Rankin, a principal consultant at 1710 Gaming, believes that most foreign operators have long viewed South Africa as the continent’s betting barometer. However, recently, they are also looking at Nigeria as a potential trendsetter. The consultant thinks that foreign operators looking to invest in brick-and-mortar operations, luxury casino resorts, should consider locations in the Cote D’Ivoire and Liberia.

She further adds that while the European market remains fragmented, and since the US is moving towards daily fantasy sports, Africa is the perfect iGaming region for investments. There are several countries on the continent whose economic power is growing and who already have populations who like to bet.

Betting consultancy firm, H2 Gambling Capital, estimated that in 2019, internet wagering on the continent was worth $996 million. It also claims that it will double in size over the next four years, reaching $2 billion in 2024. For comparison purposes, in 2020, the estimated size of the European market was $30 billion.

Main Gambling Companies
The most popular online gaming operators that offer gambling services to Nigerian players are Betway and 888 Casino. Both are companies worth hundreds of millions of dollars that have dominated the iGaming landscape for years.

Gibraltar-based 888 Holdings, commonly referred to as 888.com, is a publicly-traded company on the London Stock Exchange, founded in 1997. It runs several gaming brands, and its casino site is one of the oldest ones in existence, and is the first exclusively licensed platform in the United States, in New Jersey. It boasts a vast library of slot titles from several top-industry providers, and its live casino experience is one of the best around. You would be hard-pressed to find a more trusted site than this one.

When it comes to credibility and word of mouth, Betway is likely 888’s biggest contender, as it has been running for over fifteen years, and allows the use of a wide range of currencies, and features an impressive list of game providers. It has a library of over four hundred slots, a recently expended live dealer section, a sportsbook, a poker room, and a slew of terrific promotions that can let you spin some reels for free. Betway also sponsors several top football clubs from famous leagues, such as West Ham United and Levante UD.

Transaction Conditions
Nigerian players should face little to no obstacles when trying to deposit funds with foreign bookies. Deposits and withdrawal methods and any associated betting limits get defined by the bookmaker, and they will vary from site to site. Nigerians can deposit money using e-wallets such as Skrill or Neteller, popular credit/debit card options, and most recently, USSD services. No legal restriction or service blocking is in place for players from the country.

The most commonly used credit/debit card options that Nigerian players have are Visa, Verve or Naira MasterCard, and Interswitch. Direct bank deposits can happen through several reputable Nigerian banks, such as Union Bank, UBA, Fidelity Bank, FCMB, First Bank, Stanbic IBTC Bank, Sterling Bank, and Access Bank. Transferring funds through an online banking service such as GT Bank (Guaranty Trust Bank) is also an option, though GT Bank will likely charge a fee per deposit. The online payment method PayCom may also be an option at some sites.

Final Word
Betting has existed in Nigeria for a very long time. Before, it was actively discouraged by the church and viewed as an anti-social activity. In the past two decades, all that has changed. Now, Nigerians view it as a harmless leisure activity, and more than half of those that partake in it do so daily.

Even though no laws regulate playing at digital gaming venues, authorities do not prosecute those who wager at offshore sites. Anyone above 18-years-old can freely place bets on sporting events or spin reels at foreign platforms. Academics believe that there needs to be a debate relating to responsible gambling and the minimization of its potential harms. While that indeed may be necessary, no one can argue that Nigeria has gotten a foothold as Africa’s second-most enticing iGaming market. Such strides may make potential investors try and push through new legislation, creating jobs, and new tax influxes.